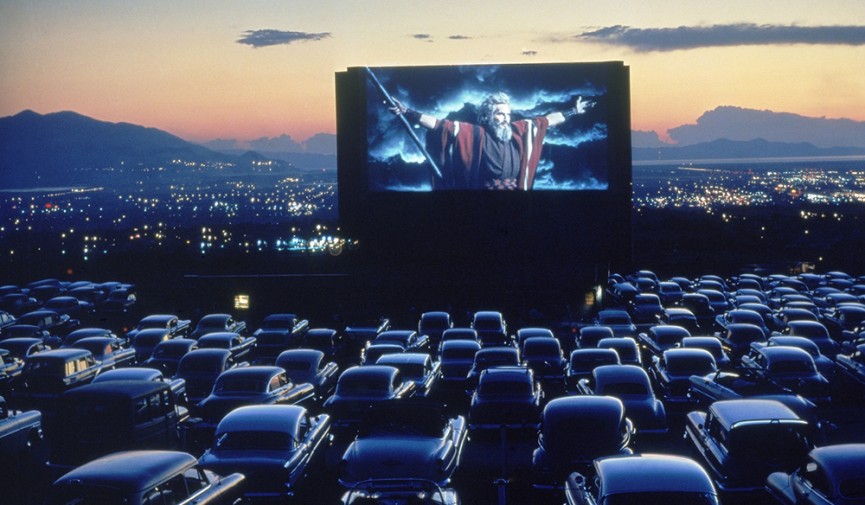 The Science Behind 4K Restorations of Classic Films

There’s something magical about seeing a digitally restored film as it was intended — on the big screen. It captures something that’s lost when you stream on your laptop. But what is that something?

I recently saw a 4K restoration of the Coen Brother’s film Blood Simple at an indie art house theater. I had seen the film once before, but it was several years ago as a DVD-ripped Xvid played through an Xbox 360. To say the least, it wasn’t the same experience.

Psychologically, it feels different to sit in a theater surrounded by other people who are there to enjoy the same film in their own ways the same as you. The aroma of popcorn fills the air as the lights go down and the screen lights up. It’s been described as a collective dream state, but it also harkens to our own nostalgia and fantasies.

Not that we don’t get the same feelings when we watch a movie alone in our rooms. But part of the something lost is the aesthetics of it all. The other part is the actual information that was contained in the original film. Let’s explore how film works and what you really lose in those low-quality streams and torrents.

The Origins of Digital Restoration

The majority of film was recorded to 35mm film stock. 65mm and 70mm were also popular and used for big-budget productions throughout most of the 20th century. Without getting into a debate about how digital stacks up to analog recording (we’ll leave that to Keanu Reeves to sort out), the celluloid process has historically recorded images at a much higher resolution than could be reproduced on DVD or Blu-ray. That being said, when many of the classic films were first transferred to DVD (or “restored” in HD), they were still drastically dumbing down the quality and decreasing the amount of information contained in each frame.

How-to Geek has a great write-up on how the process works and the inherent flaws in the early days of “digital restoration.” Here’s a good example of DVD-quality remastering vs. Blu-ray.

Images via How-to Geek and Metro-Goldwyn-Mayer

The above screen capture doesn’t even show off the true potential for detail the 65mm film master can provide. A future remastering of the film coupled with a large 4K HDTV set could yield a viewing experience that lets you count the creases in bridles and the hairs on the horses’ heads.

So to put that in perspective, if you’re watching an old “HD” DVD of your favorite movie (or ripping it online), you’re several steps removed from the original recording. But that was ten years ago — what about now?

Getting Closer with 4K Restorations

Now, with the advent of 4K as the successor to HD, digital restorations are able to jump up to a much higher resolution. Is it the same though as the film print? Not quite, but that’s because film doesn’t work in the same way exactly. There isn’t a resolution pixel count in film like there is in digital. So, if you blow up an image from film to 100x the size, the lines will look the same — just blurrier. Here’s a great article by Sony UK on their restoration process and examples of the 2k to 4K difference.

As you can see, the image is sharper at the higher resolution with color and contrast more defined. Sony has worked with restoration specialists like Park Circus to 4K restore films like Citizen Kane, Psycho, and Ghostbusters to name a few.

One other neat part of the restoration process includes the work of digital artists to clean up and “fix” parts of classic films that have had debris or scratches mar their original negatives. The process, as detailed in a 2014 Gizmodo article and video, is actually quite fascinating in the painstaking time digital artists take to restore everything from grain to sound design to adding additional contrast and color correction as needed. Here are a few examples:

Images from Jaws (1975) via NOLA.com and Universal Pictures 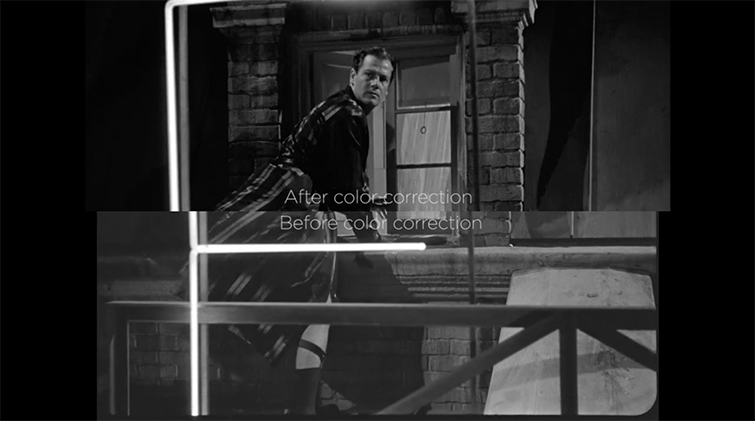 Image from Foreign Correspondent (1940) via Gizmodo and United Artists

You can watch the full video below which details the process from start to finish. It is worth noting that the restoration below is for 2k rather than 4K because they were on a time crunch — “In 2k the scanning takes about 2 days. In 4K it takes four times as long, so you would need at least a week to scan a 90-minute movie.” But the restoration process, at its base, is the same.

What Does It All Mean?

Sadly, it means you’re never going to see a classic film as it was originally intended to be seen unless you saw it when it came out. However, you are able to see restored digital versions that are much closer to the original prints (and in some ways, much better) than ever before.

This process is also a way to save films that have never been converted from their original negatives from being lost forever. (Like Eagle Pennell’s Last Night at the Alamo, which was restored by SXSW’s Louis Black.)

You can even watch them on your couch or in your room if you’d like. Or, if you want the most authentic and aesthetically pleasing experience, you can see them on the big screens with popcorn and friends, like they were meant to be seen — In which case I would highly recommend this one.

How do you feel about 4K restorations of classic films? Let us know in the comments.