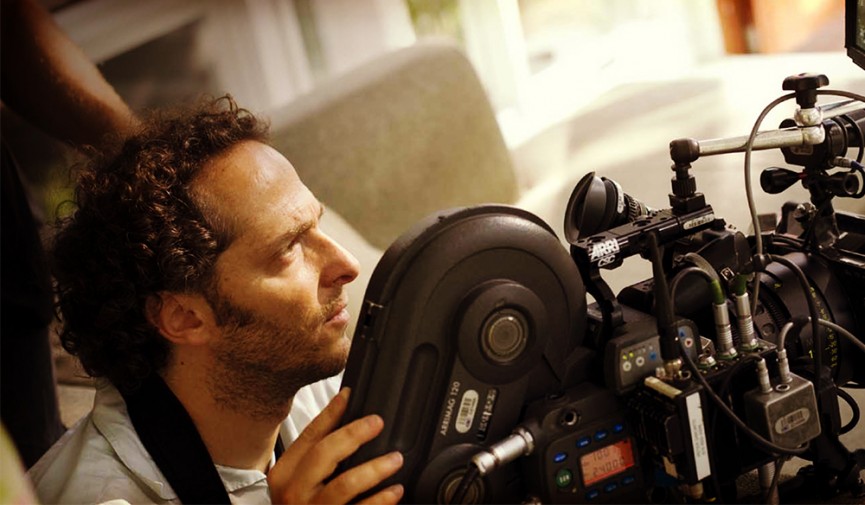 Let’s put aside the camera loadouts and other gear setups and just focus on knowledge-based cinematography tips.

We talk about cinematography all the time here at The Beat, however these discussions usually revolve around camera loadouts and other gear. So we thought it was high time to put all of that aside and give you five non-gear related tips that will help improve your cinematography.

All of the tips we are going to give you today are things that you would learn in the lecture side of a cinematography class. Do you have to go to film school to really learn these tips? No way! There are a ton of great resources out there for you to check out. Let’s list just a few before we get started.

Each one of the books above have been used in various cinematography classes around the world. Luckily you don’t have to actually take one of those classes to get your hands on them. The two “Cinematography” books wont run you much, however Film Production Techniques is a little pricey, but its knowledge base is fantastic. Now enough wasting time… On with the tips!

As a cinematographer, you, like the director, are a storyteller and you tell your story through the language of motion. Now, this motion has a specific vocabulary and in that vocabulary there exist specific sub-languages such as composition, point-of-view, continuity, movement, design, lighting and lens. As a cinematographer, you should learn each one of these sub-languages. What we mean by this is you should gain a knowledge base of the concepts and terms of each.

Having this type of knowledge can make a world of difference, especially when working with on a professional set. Because if you understand sub-language like movement you can take an ordinary static shot, turn it on its head with movement, and make it dramatic.

Tip #2: The knowledge bases of Cinematographers and Directors overlap.

Now that you know your language, let’s expand that knowledge base. If you really want to be a successful cinematographer, then you need to know your director. Not just who the director is or how they work, but the knowledge base they work from. Just like you, a director has a language and sub-languages, many of which overlap with your own. And one thing is for sure — you both have a singular goal. That goal is telling a story with a camera.

By knowing your director and understanding what he or she wants (through the concepts and terms they use), you can make things so much easier for yourself and the crew. For instance, because of his knowledge of exactly what Steven Spielberg wanted, cinematographer Allen Daviau was able to visually construct the famous “ride in the sky” scene from Steven’s storyboards to the film negative in E.T. the Extra-Terrestrial.

There are several shooting methods that you should be aware of, such as Master Scene, Freeform, In-One, Overlapping, Montage, Coverage and Point-of-View. For instance, we see more and more films taking on the freeform style of cinematography, or what many call the documentary style of filmmaking. Now, if you were working on a film that called for this type of method, you would know exactly what to call it and how to shoot it.

As you see, having a base knowledge of each one of these methods will help to ensure that you get the most out of each scene. So if you find yourself in a situation where your director wants to run and gun, like Michael Mann does, then you’ll know exactly how to handle that scene and what method to use.

To take your cinematography game to the next level, you always need to be aware of organization and the rules of composition. Whenever you are on location and you are ready to film, be aware of horizon lines, vanishing points, and even the lines created by a row of buildings. These natural lines in the world are all around us can be used to visually organize your composition. Use them to your advantage.

In addition to natural lines, be aware and grasp the concept of compositional rules. For instance having knowledge of rules such as positive and negative space or the rule of thirds will help to keep your compositions balanced and visually interesting. There was no better master at visual organization than Stanley Kubrick, who used the natural lines of the world to his advantage constantly.

This stock footage from Shutterstock is another great example of organizational and composition rules. Note how the leading lines of both the glass pyramid and the sidewalk lead your eye to the front door of the Louve.

Tip #5: Learn the art of light and color.

You must learn the art of light and color. Not only does light help to make your scene visible, it conveys a certain mood about that scene. Having a scene with a lot of dark contrast is going to elicit a specific emotion from your audience, so, again, use this to help sell the narrative.

Then if you add color to your lighting, you can take your composition and visual metaphor to the next level. You’ll find high contrast lighting and color in every one of Nicolas Winding Refn’s films. He uses them to craft a mood. Whether it’s using the color of red to convey fear and hate, or the color blue to convey innocence and naiveté, he uses these colors in conjunction with the lighting to generate an emotional theme and response.

This footage from Shutterstock shows us another good example of using light and color to tell a story. As you can see in the footage you eye is probably drawn to two distinct points in the frame: The clouds in the upper left and the building the the lower right. This is for multiple reasons including contrast, opposite colors, and differentiating lightness values.

Want more content on cinematography? Of course you do! Check out these articles from PremiumBeat.

Do you know any other must-know cinematography tips? Sound off in the comments below.