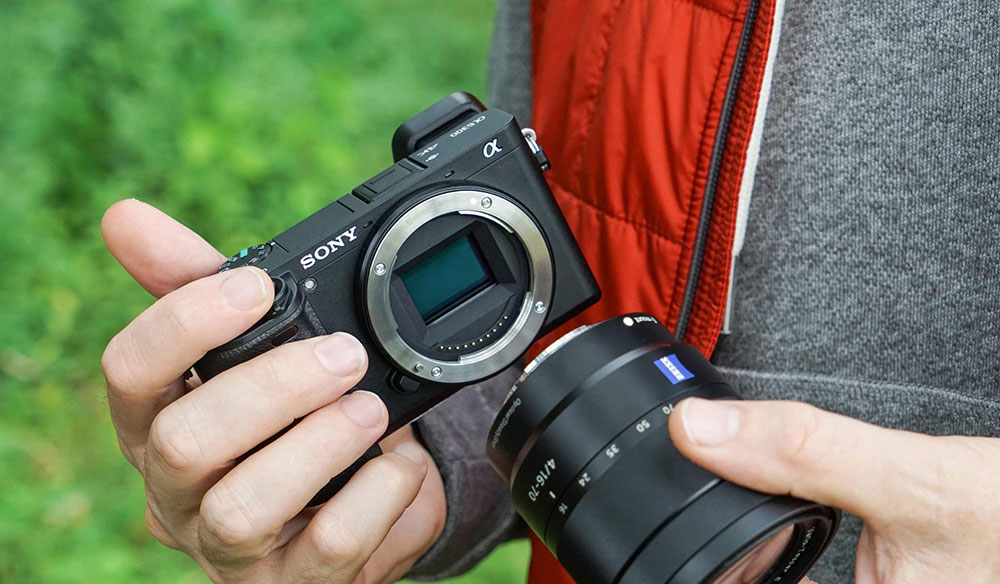 From action cams to mirrorless to everything in-between, let’s explore the best video and filmmaking cameras under a grand.

If you listen to any great indie filmmaker or auteur director speak, they’re going to talk about an undeniable passion for film. You’ll also probably hear anecdotes of growing up with a cheap camera in their hands, as well as war stories of shooting their first shorts or features on a shoestring budget with the cheapest camera they could find.

And yes, there are plenty of amazing cameras currently on the market, and new technological breakthroughs coming almost every day. (Case in point, Sony just announced the Alpha 1, a 50MP 8K video behemoth.) But, the point of videography and filmmaking isn’t just to chase the highest pixel count or technology. It’s to make solid content and amazing films.

So, whatever your film and video needs may be, instead of breaking the bank with a new $5,000+ cinema camera, here are six options for high quality and quite capable video cameras that are all under $1,000.

Breaking down our selections by different camera types, we’re going to start with one of the most reliable, and arguably easiest to use. Action cameras (a.k.a. “action cams”) might make you think of mountain biking vlog content but, in reality, they can be some of the most powerful and capable options on the market. Plus, they’re designed for durability, flexibility, and working in the wildest of situations.

Currently on the market, you’re not going to find anything better, or more affordable, than the latest offering from GoPro with the GoPro Hero9 Black. Just from a pure filmmaking perspective, this camera is impressive. As an upgrade from the previous Hero8 version, the Hero9 Black has further bumped up its sensor to 23.6MP to offer 5K video recording at up to 30fps.

There’s also tons of the usual features that you’ll find with a GoPro action cam, plus an improved image stabilization that can rival the smoothness of many gimbal setups on the market. You’re obviously not going to get the interchangeable lenses or a pure cinematic effect for many of your shots, but for an easy-to-use option you can literally take anywhere, it’s the perfect camera to consider off the bat.

After considering an action cam like the GoPro Hero9, you might want to also take a hard look at the smartphone in your pocket for your filmmaking needs. As we’ve seen with the rise of smartphone camera technology, as well as the rapid adoption of iPhones being used for major motion pictures, these latest mobile camera phones are becoming quite impressive and powerful.

While the true top-of-the-line option for a smartphone camera might be the iPhone 12 Pro Max, we’re actually going to recommend the iPhone 12 Pro here, as it currently sits right at our $1,000 threshold (price/rates subject to change via providers). Both cameras offer a 12-megapixel camera system, which includes a combination of three lenses (telephoto, wide, and ultra-wide) with some slight variations in aperture and optical zoom ranges between the two.

However, the real selling points for using an iPhone 12 Pro for your film and video projects comes from the 4K video at up to 60fps. At 4K, you’ll get plenty of stabilization along with optical zoom (up to 4x) and digital zoom (up to 10x). You’ll also get slo-mo video at 1080p up to 240fps, plus other applications like time-lapse and night mode features.

Moving up from action cams and smartphones, there are still plenty of other camera options that are cheap and affordable outside of DSLR and mirrorless (we’ll get to those in a bit). For many, the notion of using a point-and-shoot camera for anything besides travel photography might be a bit silly, but hear us out. There are some quality point-and-shoot options that are actually quite impressive these days. Case in point would be the Panasonic Lumix LX10.

With a point-and-shoot like the Lumix LX10, you’re really investing in compactness, without losing the quality of having a much better lens at your disposal, which an action cam or smartphone won’t be able to offer. The LX10 is extremely affordable (probably cheaper than your smartphone), and shoots both excellent photos and video. With a 20.1-megapixel sensor, the LX10 can record UHD 4K video at up to 30fps. You’ll also get a built-in Leica DC Vario-Summilux f/1.4-2.8 lens, which should cover pretty much all the shots you need with its 3x zoom range (offering the equivalent of 24-72mm coverage).

We’ve listed the price at $699, but you can usually find this camera on sale for much cheaper. As either an easy to use run-and-gun option, or a backup to serve in a pinch, the LX10 is another affordable option well under $1,000.

While perhaps best known for their photography cameras in the past, Fujifilm has quickly become one of the better manufacturers of multi-purpose cameras that offer a lot to your everyday videographer and filmmaker alike. The Fujifilm X-T30 continues this trend with a dual-focused 26.1-megapixel APS-C format CMOS sensor that offers a respectable 4K video at up to 30fps, but with a highly professional array of technology and features that provides beautiful video imagery.

As our best mirrorless choice for a camera well under the $1,000 threshold, the X-T30 includes some of the best autofocus technology for its price point, which opens a whole world of vlog-style recording, as well as letting beginners get comfortable behind the camera. Of course, with this mirrorless camera, you can also choose your own lenses for a wide variety of coverage. The X-T30 also features its Fujifilm F-Log Gamma to help those venture deeper into the rich world of color grading. This is a perfect camera for those starting off in mirrorless videography that won’t put you back too much, and can stay in your arsenal for years as you upgrade later.

When looking at the top-of-the-line camera options on the market, one could easily argue that DSLRs are now a thing of the past, with mirrorless becoming the new standard. However, for those thrifty filmmakers and videographers, DSLRs have now become a much more affordable option as older cameras take on price drops and resales hit the market. One fantastic DSLR camera that’s still relevant is the Nikon D5600—proven to be an in-demand workhorse option for anyone looking to shoot both digital video and photography.

With a 24.2-megapixel CMOS format and Nikon’s EXPEED 4 image processor, the D5600 has perfected Full HD 1080p video recording at up to 60fps. Yes, it’s not 4K (or 8K), but if you’re shooting video footage simply for online uploads and social media, you’ll be delighted at the small file sizes, short upload times, and playback quality.

For the D5600, which currently comes in at $699 (well under $1,000) for the body only, I recommend looking at several of the kit lens options—like the 18-55mm or the 18-140mm—to give you a full range of coverage from the jump. However, with its interchangeable lens system, you can certainly mix and match as you build out your favorite compilation of lenses, new and old.

Finally, a camera line that will always cause controversy, Canon’s R System of mirrorless cameras has polarized the video community as the manufacturer has finally moved away from the DSLR and embraced a mirrorless future. Yet, while some might have scoffed at the initial Canon EOS R offering, don’t let those poor reviews turn you away from the Canon EOS RP, which corrected many of the issues and has actually proven to be a powerful, yet equally affordable, mirrorless camera option.

Plus, for the body only, the EOS RP has just recently broken the threshold for coming in just under $1,000, which is a bargain for what this camera has to offer aspiring videographers. While it might not push 8K video like the Canon EOS R5 can, the RP does boast full-frame spectacular UHD 4K video recording. The RP is a more lightweight, beginner version of the now flagship R5 and features just about all the same great perks with its LCD touchscreen, advanced autofocus tech, and Wi-Fi and Bluetooth connectivity.

If you’re looking for an affordable camera today, the RP is the way to go. Plus, if you do upgrade to a more expensive Canon in the R System, the RP will serve as a phenomenal B-cam for more advanced shoots.

Cover image of the Fujifilm X-T30 (via Fujifilm). This post originally appeared in March 2020 and has been updated to reflect the current market.

For more buy guides and camera insights, check out these roundups below.