Sometimes you just can’t shoot on a tripod.

Heading to the set or into the field without a tripod? Getting beautiful handheld shots can be a difficult challenge – the recent influx of camera stabilizers and Steadicam equipment is a testament to that. Thinking out your approach to handheld shooting and taking several of the approaches listed below can significantly minimize camera shake.

One of the easiest ways to minimize shaky footage is to use two hands instead of one. Even if your camera is too small to be held by two hands, find a way to use both. This can be holding your wrist or simply holding one hand around another. Adding the extra hand will essential take your camera from being on a monopod to a bipod.

Holding the camera away from your body will severely increase camera shake. Most people make the mistake of holding the camera like they would if they were taking pictures, near their eyes. But for shooting video you want to hold the camera near your chin and close to your body. By resting your elbows on your chest and holding your arms parallel with your body you can create a “cocoon” that will make your footage more steady. This technique is certainly dependent on where your display screen is relative to your face, but for most DSLRs this should work perfectly.

If you can, leaning on a wall is a great way to keep your footage steady. By simply putting your weight on a wall you can create a sort of tripod between your two legs and the wall.

4. Bend your Knees and Float 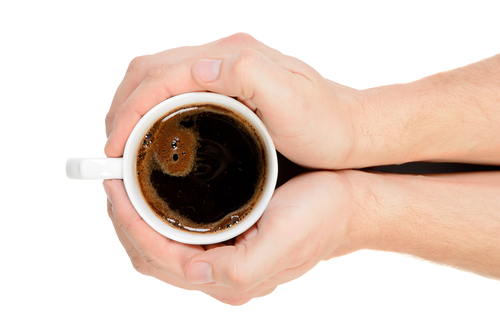 When moving with your camera the best way to minimize vertical shift due to walking is to think of your camera as a cup instead of a camera. If you apply the same physics of a full cup to your hand held camera you will quickly find the camera shakes much less. Remember to relax!

While handheld footage does give you the freedom to preform elaborate camera moves, these moves can make your footage incredibly shaky. It is much more advisable to keep your camera moves simple. Unless the shot calls for it, you may get a better result by keeping your camera stationary.

When panning and titling try pretending that your camera is rotating around an axis in front of the camera. This will help you avoid the foot shuffling that occurs when you simply rotate in place. In moving your axis you will quickly find more natural and fluid movements. Think of your movements as being arcs rather than pivots. 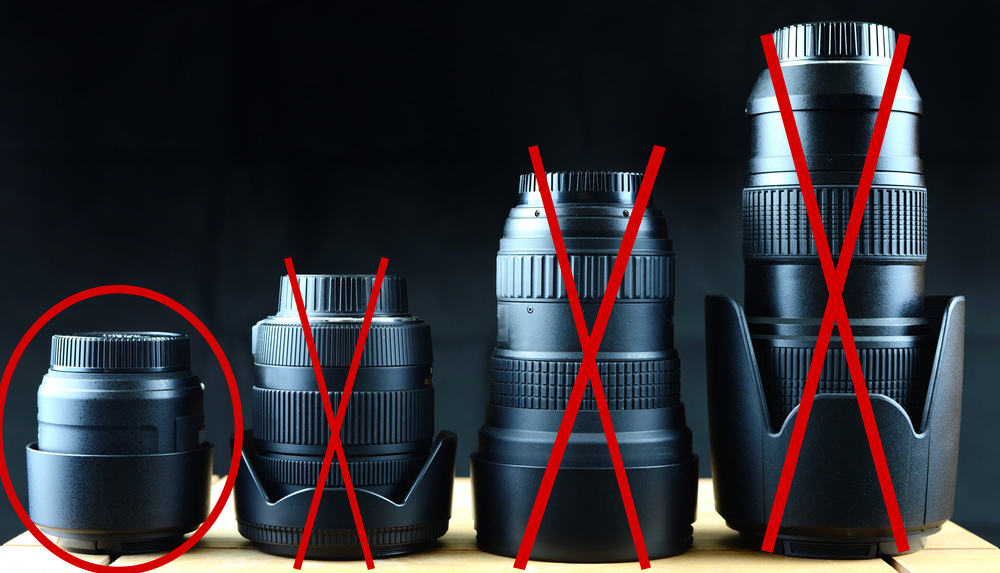 It might seem like common sense, but when you are shooting handheld try using a wider lens. While telephoto lenses might offer a shallow depth of field they are incredibly difficult to keep steady, even with an image stabilizer. If you must have a telephoto shot I recommend standing completely still and not moving at all.

Adjusting focus is one of the biggest culprits of shaky footage. Because you have to bring your hand to the front of the camera, focusing completely negates any effort you’re making to stabilize your footage. Try keeping your focusing to a minimum. In most cases I’ve even found that moving my body is much more steady than moving my focus.

It is always better to shoot the footage right on-location instead of fixing it in post, but if you simply can’t get it right on-location there are a few things you can do to fix it in post. Namely, the warp stabilizer built into After Effects and Premiere Pro make it extremely easy to stabilize shaky footage. We’ve traditionally had a lot of success with the Warp Stabilizer, but mileage may vary depending on the shot. Shoot it great on-location, make it perfect in post.

Have any other tips for stabilizing handheld footage? Share in the comments below.