After living in the shadow of FCP and Media Composer, Adobe Premiere seems poised to gain a professional user base.  Here’s what you need to know about the new additions to Premiere CS6.

This is a guest post by Adobe Instructor and freelance editor, Clay Asbury. You can find more AE and Premiere tips and tricks on his site.

A lot of video editors may remember Premiere as the application it was in the 1990’s.  It was clunky, unstable and wasn’t geared for the professional editing market.  When Adobe finally did a redesign of the app in 2003, it was only available for Windows users.  This allowed Final Cut Pro to capture the Mac market.  By the time it returned to Mac in 2006, FCP and Avid held the market share.

Last year’s Final Cut Pro debacle has been changing that.  Many former FCP7 users are now migrating to Media Composer and Premiere.

The announcement of Creative Suite 6 at this year’s NAB show shows that Adobe is listening to the professional video editing user with the addition of many new Premiere Pro CS6 features.

1.  Audio
Adobe has brought Premiere Pro CS6 audio features more in-line with those of Media Composer & Final Cut Pro. Audio tracks now have a standard type, which means mono, stereo, and surround can share the same tracks.  In CS5.5, tracks had to be specified mono, stereo, or surround. The audio mixer/meters are much improved and give you more options than FCP had.

2.  Buttons
In the source/record windows you now see less buttons, but they’ve been made bigger and easier to identify.  You also have the option to customize the window by adding or removing buttons.  One quick tip: add buttons for “go to marker” and “play around”.  This is helpful when trimming in the timeline (a common technique in FCP & Media Composer).  Even though I wish you had a choice of more buttons to add, it is a step in the right direction.

3. Open CL support
One under-the-hood Premiere CS6 feature is CL support for current Macbook Pros & iMacs (Radeon 6750M & 6770M).  Now these systems can take advantage of  Mercury Playback Engine acceleration. This is huge as it was previously only available for Nvidia cards, which aren’t an option on Macbook Pros and iMacs.

4. Hover Scrub
Media Composer has had this ability for a while and FCP X has a similar function – moving your cursor over the thumbnail (in a project) will rewind or fast forward a clip.  You can also use the J, K or L keys to play the clip and set in and out points while it plays. 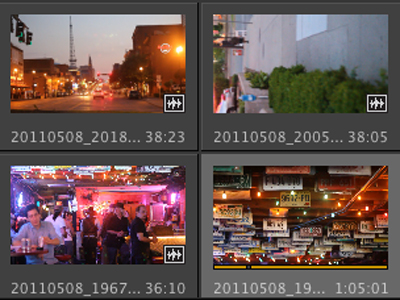 5.  Trimming
Many editors will tell you trimming is the heart of editing, and having the right tools is crucial. Trimming in previous versions was clunky and you were unable to trim numerically from the keyboard.  Premiere CS6 features advanced trimming, with a new trim window and better trimming in sequences.  It really shines now.  You can use J, K and L keys to dynamic trim.  Also, the timeline won’t stop playing as you trim, which is a major improvement.

6.  Improved Keyboard Shortcuts
Muscle memory is a big deal when it comes to working quickly and efficiently with the keyboard.  The FCP & Media Composer shortcuts have been updated to work in Premiere Pro. This will save time by not having to learn new shortcuts along with a new interface.  Also, in previous versions shortcuts had categories  (Application, Panels, Tools).  Thankfully, this was done away with in CS6, making it much easier to find shortcuts. 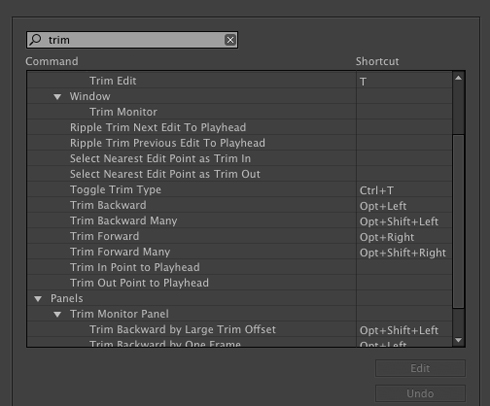 7.  Working with Effects
You now get several features from After Effects within Premiere Pro. You can apply an effect by selecting a clip and double clicking on a effect, instead of having to drag the effect on the clip. Effects can also be added and modified while the sequence plays – big timesaver.  Other improvements include being able to apply effects to Adjustment Layers (which will apply the effect to any clips below the adjustment layer). This feature can give your footage a “filmic look” by adding fast blur to an adjustment layer and changing the blend mode to “Soft Light”. 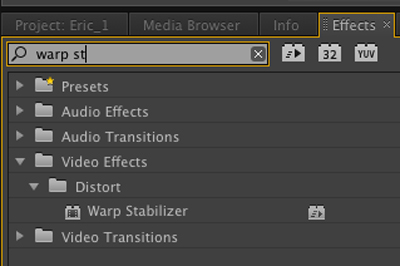 We want to hear your thoughts on Premiere CS6 in the comments.
e w
More articles from this Author