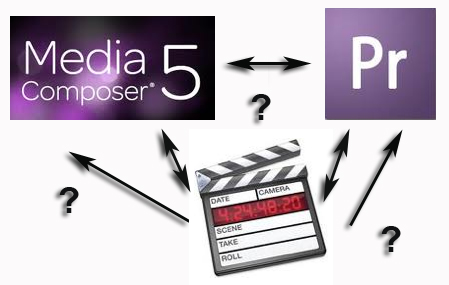 You know what they say—strike while the iron’s hot—and it seems these days, there’s nothing hotter than the tempers of those Final Cut Pro editors who feel that Apple has abandoned their needs as professionals with the recent launch of FCP X.  Thus, it’s no surprise that the makers of FCP’s two chief competitors, Avid and Adobe, are choosing to strike a bargain with FCP users in major ways.

Avid’s CEO, Gary Greenfield, personally acknowledged editors’ “passionate and personal” reactions in a letter he posted on the Avid community pages.  “We are listening,” Greenfield said.  “And one of the things you have clearly said is that you want Media Composer to be more accessible.”

Therefore, Greenfield announced that Avid will be extending the offer to switch to Media Composer from FCP—not from FCP X—through September.  (The deal had previously ended in mid-June.)  The promotion offers FCP users the opportunity to purchase Media Composer 5.5 at the promotional price of $995 USD, which is roughly 57% off from the normally priced $2,295 software.

Greenfield also announced that he was personally headed out to the L.A area (i.e., filmmaking mecca) to meet with editors and “listen and talk about Avid’s ongoing commitment to professional editors.”

Financial incentives, personal meetings — this seems like only the beginning of a major push from Avid to cater to FCP users and get them to try things out on the other side of the proverbial editing fence.

Adobe Product Manager Steve Fordes offered similar sentiments, but doesn’t necessarily focus the offer to solely FCP users.  “Many of you commented that there should be some sort of incentive to switch to Premiere Pro and CS 5.5 Production Premium while moving from your current toolset,” Fordes said.  “Well – in the spirit of putting our money where our mouth is, we are now offering for a limited time – 50% off either CS 5.5 Production Premium, OR Premiere Pro CS 5.5 standalone.  This is open to anyone, worldwide, coming from either Apple or Avid workflows.”

In the US Adobe store, for example, this offer translates into the opportunity for any editor to purchase the full license of CS 5.5 Production Premium suite for $849.50, or the full license of Premiere Pro CS 5.5 for $399 by using the promo code “SWITCH.”

“I don’t believe that Adobe has ever had a promotion like this in history,” Fordes says.

Indeed, it seems that Adobe is all in for trying to cater to professional editors, offering not only deals on Adobe’s chief editing software, but on the entire CS 5.5 suite, which also includes After Effects, Photoshop, Audition, Flash Catalyst, Flash Professional, Illustrator, OnLocation, Encore, Device Central, Bridge and Media Encoder.

Trying it out for free

With fully functioning 30-day free trials that allow editors to test-drive both Avid Media Composer and Adobe Premiere Pro—in addition each product’s unprecedented deals—we could very well see a shift in the editing marketplace after the dust from the FCP X product launch settles.