Seeking out distribution can be a very scary task for independent filmmakers. The good news is that now there are more online distribution platforms than ever…and many of them can be quite lucrative if approached properly.

Before the Internet paved the way for online film distribution platforms (like Netflix, Amazon, iTunes, etc.), the only real path to distribution was to find a sales agent or a distribution company that could get your film out there into the world. For most indie films up until the last 5 years or so, the most realistic outcome would be for a straight to DVD release, with profits split with the distributor. This type of distribution still exists, in some cases it could still be the best option for certain filmmakers, but personally I’m a lot more excited by the potential of self distribution as it puts the power back in the hands of the filmmaker.

That said, I also came to terms with the fact that self distribution is a relatively new concept and there is a lot of terrain to navigate. There are literally HUNDREDS of options out there, but below I’ve broken down a few of the major players that I would recommend looking into as a starting point.

Keep in mind, if you find alternative options that seem to suit your needs better, than by all means go for it (and be sure to share them in the comments!) These film distribution platforms should give you a good baseline to draw comparisons from:

Probably the largest and most prevalent distribution platform, iTunes can connect your film with an absolutely massive audience.

Advantages of iTunes film distribution: For starters, your film will be available on the same platform as major motion pictures and that alone adds a sense of legitimacy to your project. If the same person came across a film on an industry standard platform like iTunes, they may be more likely to actually watch that film than if it was hosted on a platform that the person was not familiar with. iTunes users already have accounts set up with their credit card info plugged in, so if they want to buy your movie it’s really easy – literally just a click away.

Disadvantages of iTunes film distribution: There are a few downsides to going through iTunes (other than the fact that it is one of the more costly options). For instance, in order to get your film on iTunes you’ll need to go through an ‘aggregator’, which is a company that you pay to deliver your film to iTunes (one example is Distribber). The fee to do this can be fairly hefty (in the $1500 range), but is well worth it as the aggregator is a sure way in. It is also possible to submit your film to iTunes yourself, but it is a fairly complex and difficult process which still may leave you rejected. If you do wind up on iTunes, they will take 30% of the profit from each sale and leave you with 70%. 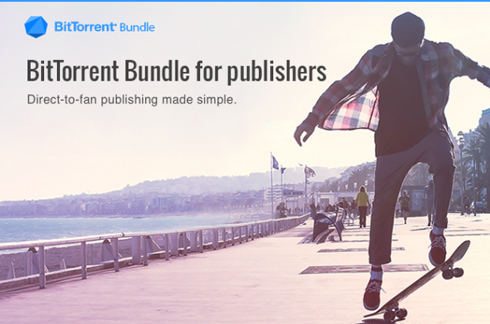 BitTorrent you ask? Yes. BitTorrent. Believe it or not they are quickly becoming one of the best options for independent filmmakers that want to self distribute films after they released their new ‘Bundles’ platform. Essentially a bundle is a downloadable package that you create which can include your film, trailer and any other materials you want to share.

The bundle is hosted on BitTorrent and is accessible by their massive user base of approximately 180 million users, but only if they unlock it by performing an action that you specify. For example, you might ask users to pay you $5 for the film. Or you may want to give users the film for free if they first share a link to your film’s website. You might ask for a kickstarter donation or an e-mail address. The options are almost limitless.

Personally speaking, I think their model is structured better than any other platform out there today as it gives the content creators the power of choosing how they want to benefit from their film. I also love the fact that it can deliver lighting fast download speeds as it is all peer to peer. While I will be releasing my film on multiple platforms, I chose BitTorrent as a starting point as I really wanted to be a part of what they are doing. Now my feature ‘Footsteps’ is amongst the first films to ever be released on the Bundles platform.

Keep in mind though that Bundles is still in the alpha stages (as of this writing) and not yet available to the public.

Another big up and coming platform, Vimeo On Demand effectively lets anyone with a pro account upload their film to Vimeo and charge a fee to view it. It’s one of the best options out there as it’s open to anyone and is directly accessible by the filmmaker.

Unlike iTunes where you need to go through an aggregator, Vimeo On Demand allows you to go straight to the source and really simplifies the process. Once your film is hosted with them, it’s also being seen by a growing number of users who are not only accessing Vimeo on their computers, but also through devices like their Apple TV’s.

I think Vimeo’s platform is ideal for filmmakers that have preexisting websites or any other forms of a preexisting online presence and are able to direct their traffic to Vimeo. I would speculate that it may be harder to get your film discovered on Vimeo than let’s say iTunes, without heavily promoting it yourself as there is an abundance of unregulated content populating the site. The other factor to consider is the cost involved which is about $200 a year for the pro account.

All in all, Vimeo is offering a really nice alternative solution here.

Like iTunes, Netflix offers one of the best platforms for getting your film seen by a massive amount of people. Their user base is huge and growing everyday, and with the new original content that they’re producing, it’s likely they will grow exponentially over the next few years.

Also like iTunes, the most effective way of getting on Netflix is to go through an aggregator (like Distribber), which will in turn cost you somewhere in the $1500 range, depending on which service you choose.

That said, Netflix doesn’t have the best track record with independent filmmakers as their payment structure isn’t flexible. Typically they will offer an up front fee (let’s say $12,000) which will give them unlimited usage for anywhere from 1 – 2 years. This isn’t bad if you have a no-budget film and just want to get it out there and get noticed, but if you are really trying to monetize your film there are better options out there.

I’ve always really liked the way Amazon’s platform is set up. As a filmmaker, you can upload your film, DVD artwork and other materials to their service ‘CreateSpace’. You can instantaneously start selling DVD’s online while also streaming your film as you would on any other streaming site.

If a user wants to buy your DVD, they can order it off of Amazon like any other DVD, but you as the filmmaker aren’t responsible for actually producing the copies. It’s fully automated by Amazon. They print the DVDs, label them and ship them off themselves.The user can also download your film either as a rental or as a purchase (much like iTunes), which allows for a more flexible pricing structure.

There aren’t many downsides to this platform other than the fact that Amazon takes a larger percentage than most other online platforms (50%). That said, the 50% fee is completely reasonable as they have more costs associated with the physical creation of the DVD discs and cases.

So, Which Option Is Best For Your Film?

None of the above options are necessarily better than the other, they simply provide alternatives for different types of distribution strategies.

If you have a no-budget film and your primary goal is exposure, you might be best off going through a service like BitTorrent or Vimeo On Demand where your costs are kept low and you have access to a large audience.

Conversely, if your budget is a bit healthier and you can afford to go through an aggregator, iTunes is a standardized platform that has the potential to get your film seen by the masses. Netflix would fall into this category as well.

Amazon is a flexible platform that may be suitable for many films, but generally might be preferable for those filmmakers who have an audience that is going to want physical DVDs, as right now it seems to be the best solution for delivering DVD content to your audience.

The key to choosing a platform is deciding what is best for your film and your career. Do you need exposure? Profit? Accessibility? Answering these questions will help you determine which path is best for you.

We want to hear about your film distribution experiences. Share your thoughts in the comments below!