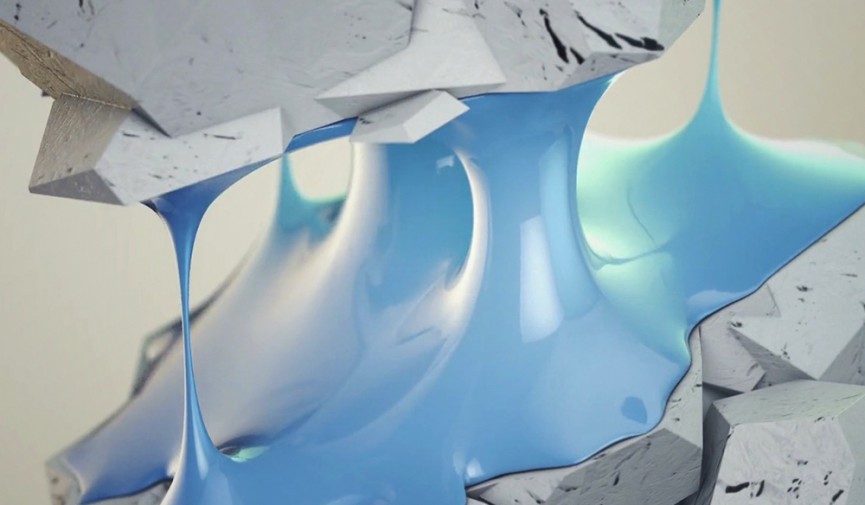 Learn how to create a crazy cool ‘rock goo’ effect in Cinema 4D.

Creating realistic liquid simulations is a unique challenge for any animator. There are built-in tools inside Cinema 4D which can get you there, but making liquid animation realistic requires skill.

Goo or slime, by it’s nature, is difficult to animate. You’ve got to nail the pulling apart and thinning of the material, create realistic dripping, and texture/light the goo so it won’t appear too hard or too soft.

It’s not solid and not liquid. It’s a challenge.

In the following tutorial created by Nick and Chris from Greyscalegorilla, do a killer job demonstrating how to model, light and texture a realistic ‘liquid goo’ type effect in Cinema 4D:

While the end result may seem rather specific, the tutorials covers fundamental 3D animation fundamentals (modeling, texturing, rigging and lighting) that can be applied to any Cinema 4D project. These concepts are covered over 2 hours and broken up into 3 different tutorial videos:

Have any other tips for creating a goo-like substance in Cinema 4D? Share in the comments below.