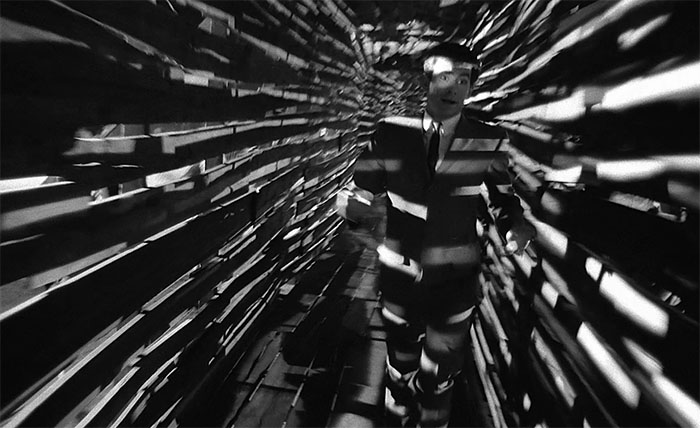 How to Use Creative Geography to Craft Exciting Filmic Screen Spaces

Top Image: The Trial via Viacom

When it comes to reproducing physical space in filmmaking, it’s easy to feel trapped by the limitations of the mundane world, especially if you’re working with limited budgetary means. Thankfully, film space is a matter of construction through editing and doesn’t have to follow the rules of everyday reality.

In the same way that a clown car can hold seemingly endless clowns, your use of creative geography can construct a film space seemingly out of thin air. The TARDIS from Doctor Who is an excellent example of cinematic clown car editing. 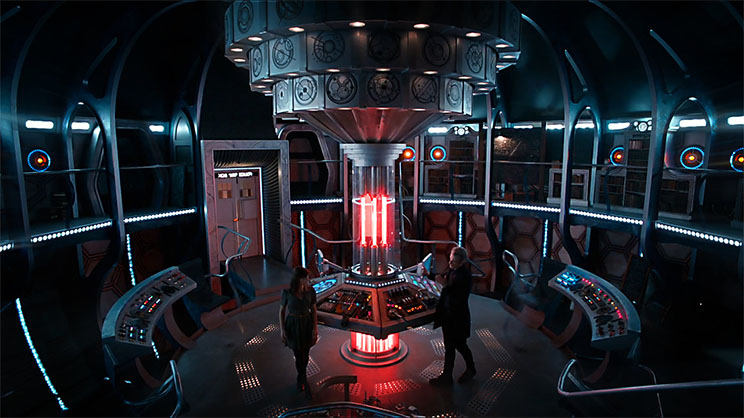 Doctor Who via BBC

What is Creative Geography?

The idea of creative geography arises from the same principles of montage as the uninflected shot and is generally attributed to Russian theorist and filmmaker Lev Kuleshov, also known for the Kuleshov Effect.

Creative geography uses the power of filmic juxtaposition to create the impression of a continuous geographical space. Because film is a rectangular representation of three dimensional space, creative geography can take advantage of and create non-existent spatial relationships within this filmic space.

Creative geography and film continuity can be used to film actors at different times in different locations as was presumably the case with this scene between David Bowie and Marlene Dietrich in Just a Gigolo (1978):

The shot reverse shot employed in this sequence seems a little stiff and restrictive when you realize that the actors were not together in space, but the principle that unifies the scene can be applied freely as both a creative tool and as an emergency rescue. Because of this, creative geography is an invaluable tool in the hands of crafty filmmakers who can’t sync up actors’ schedules or gain necessary clearance for their ideal locations.

If you’ve ever watched a 90s sitcom, the connection between the on-location establishing shot and the main set, located on a soundstage, is the perfect example of creative geography used to suggest a continuous space from exterior to interior.

This compilation of Seinfeld footage by LJ Frezza is a humorous example of what happens when establishing and supporting shots are mated to one another instead of juxtaposed in the more traditional sitcom fashion.

Nothing via LJ Frezza on Vimeo

The usefulness of creative geography is found in the way the human mind easily connects images that might have been captured miles and even years apart into a unified whole. The 90s sitcom example is found in countless movies, such as The House on Haunted Hill (1959), and can serve the independent filmmaker who may be able to grab a shot of the exterior of a cool location but cannot go inside. A basic establishing shot cut with other interior footage from another location will go a long way in creating a sense of place in your work. 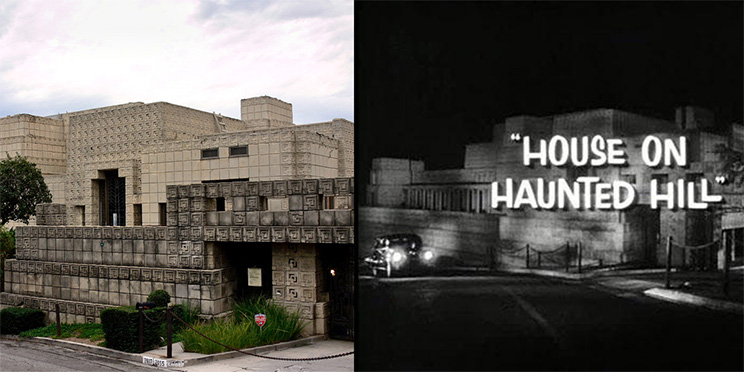 The key to using creative geography is allowing yourself to break free from slavishly following the rules of physical reality that you inhabit in day-to-day life. Orson Welles used creative geography to nightmarish effect in 1962’s The Trial; the director worked around budgetary limitations by using a variety of locations in Paris, Zagreb, and Rome to suggest a single, unified cityscape for the film. 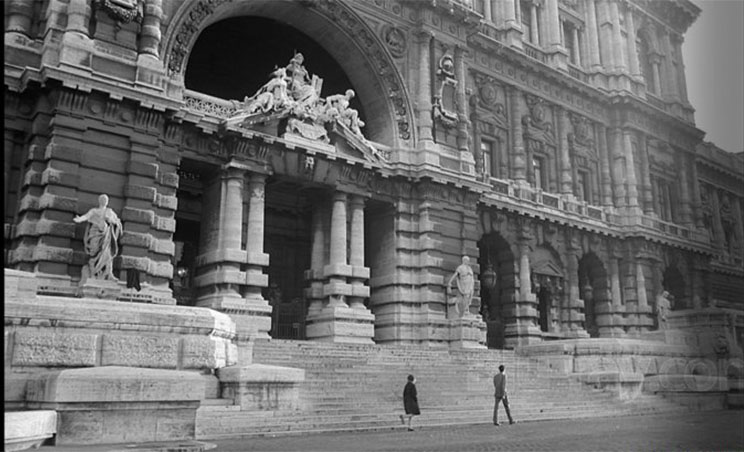 The Trial via Viacom

Creative geography can be small and connect disparate exteriors to interiors or it can be used to convert actual cities into fictional ones. 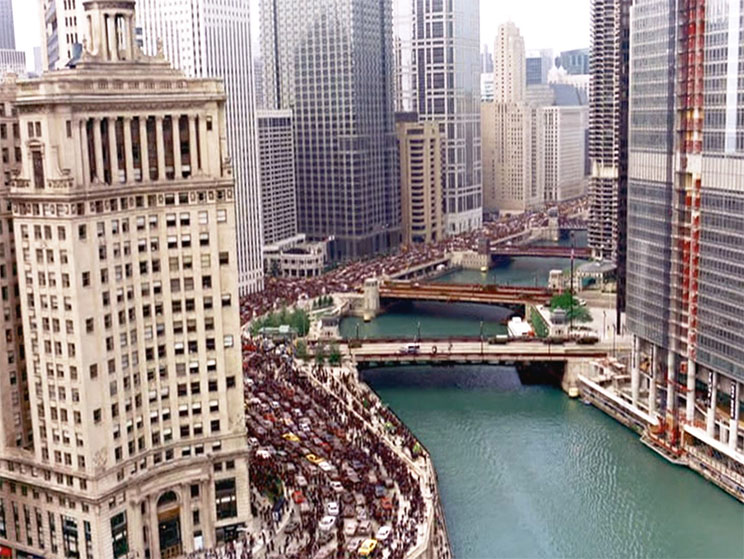 The Dark Knight via Warner Brothers

We may realize that Chicago is playing the role of Gotham City, but we are willing to accept it as viewers. Why? Because in the same way that juxtaposed images create new meaning and nonexistent spaces, viewers are perfectly willing to suspend disbelief and enter fantasy worlds built out of actual places. With this example, creative geography begins to merge with the creation of cinematic reality.

In his wonderful film, Los Angeles Plays Itself, Thom Andersen crafts a marvelously contemplative piece about the ways Los Angeles has been depicted throughout film history. The film speaks to the beauty, power, and danger of representation when it comes to actual cities turning into fantasy locations by way of the movies.

Using creative geography, it doesn’t take very long to grab an exterior shot of an ideal location and stitch it into your own fictional film world. It also becomes magically possible to connect characters filmed at different times and different locations and bring them together into a unified whole. Finally, with the help of creative geography, you can create new cities and fantasy locales for your video work. All of this makes creative geography a fun and easy trick to keep up your filmmaking sleeve. 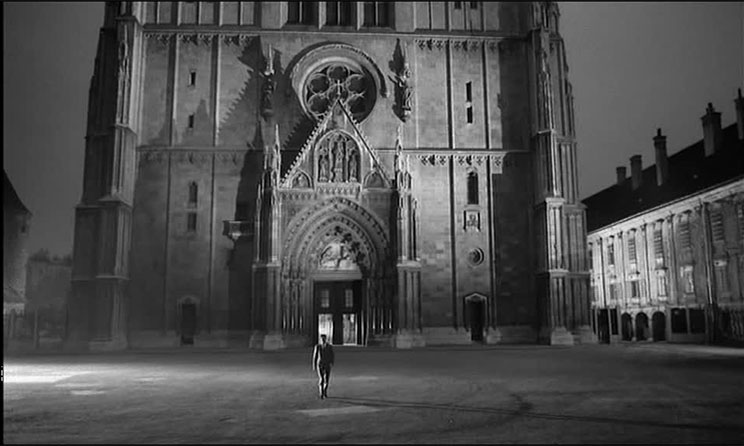 What are your favorite examples of this technique? Please share them in the comments below.