Make the Connection with ConnectFX in Smoke 2013

Learn how to read and connect the effects nodes in ConnectFX, the node-based compositing environment in Autodesk Smoke 2013.

ConnectFX is brand new to Smoke on the Mac.  Smoke 2013 now has a retooled node-based compositor based on the workflow found in its big brother Flame.  For those that don’t know, node-based compositing is the process of connecting effects tools in a procedural workflow.  The workspace ends up looking like a flow graph of sorts where you can follow the path of video and effects from one tool to another and ultimately to the final result.

Many other tools work with a node based system: Autodesk Flame, Nuke, and formally Shake. DaVinci Resolve also uses  a node-based workflow for color grading.  In contrast Adobe After Effects uses a layer based compositing workflow where one layer is placed on top of another. There are advantages to both ways of working.  Smoke 2013 employs both layer-based compositing on the timeline with video tracks, and node-based effects work within ConnectFX. 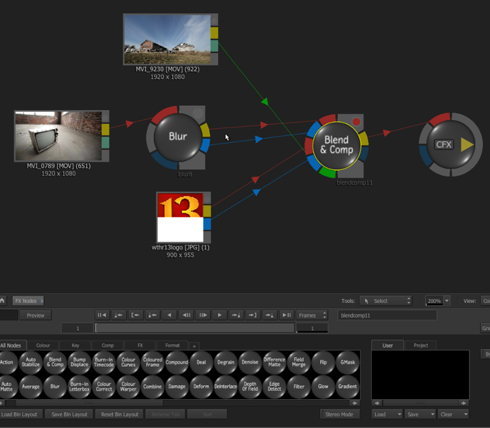 What’s in a node?

Nodes are basically effects tools, like plugins, that you use to manipulate video in various ways. There are a large amount of tools that come with Smoke so the need for extra plugins is lessened.  Smoke 2013 has multiple chroma-keyers, blurs, paint, stylize effects, damage effects, deform, color, and text nodes.

Nodes have color-coded inputs and outputs on them, and depending on the type of effect it is, it may have some specialized inputs that are looking for specific types of video like Motion Vector or Z-Depth passes from a 3D application like Maya. 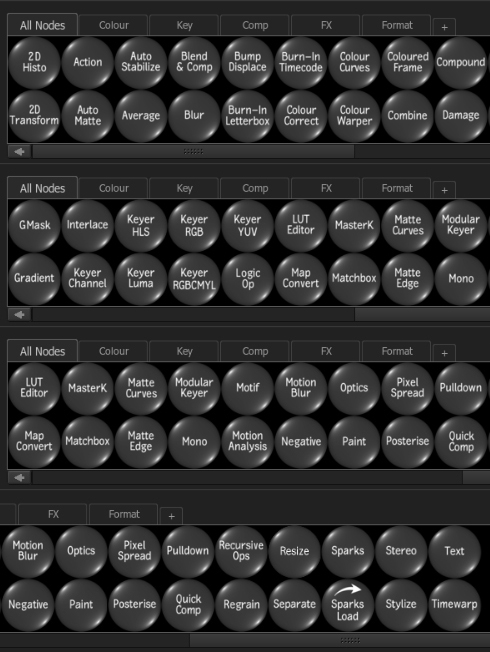 Know what each color symbolizes and you’ll better understand node input and outputs in Smoke 2013: 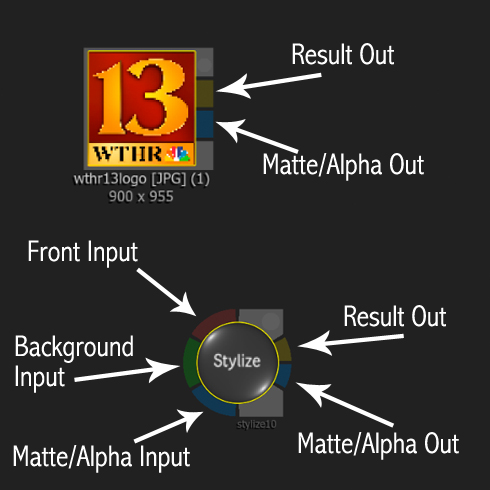 In Smoke 2013, you can connect any node to any other node.  The openness of this type of workflow allows for some very complex and unique effects to be built quite easily.  Because it’s node based, anywhere in the flow schematic that you want to place a node… you can.  Just drop it in between one node and another. In this example the image is feeding a BLUR node, and then a TEXT node.  The result is text on top of a blurred image.

By placing a DEFORM node in between the BLUR & TEXT, the background image is now warped after it is blurred and the TEXT remains untouched.

You can connect the inputs and outputs of the nodes in various ways:

The effects and composites that you can create within Smoke 2013 ConnectFX is almost limitless. Each node is very deep and has multiple uses. The GRADIENT node alone, has 4 different types of gradient effects.  The BLUR node has 6 Blur styles with a custom bokeh option.

Once you start connecting nodes and building up a composite, you will soon see how flexible and freeing node-based workflows are.  Grant Kay from Autodesk has made a great introduction video which will help you see ConnectFX in action.