We were blown away by “Skills” an impressive seamless design project. Learn some animation tips/tricks from the motion designer behind it.

Seamless design (animated objects transitioning into one another without any visible cuts) can be as impressive visually as it is challenging to create.  Due to complex projects, slow computers, and multiple artists, we aren’t always able to create an entire scene in just one composition, or at least not easily. As a result, we are forced to look at a project as small elements that make up a whole composition with actions and reactions woven together to make interesting design.

Good designers know this and are able to blend small elements together to create a seamless design. The trick is in hiding the cuts. One such example is the demo reel/teaser trailer I recently came across online called Skills. If you haven’t seen it yet here it is:

Skills is a great example of blending multiple elements together to create a seamless design. Motion designer Marc Urtasun used a wide variety of programs to achieve this awesome animation including Cinema4D, After Effects, and Vray. The thing that mesmerized me was the way in which objects seemed to “flow” together, playing off shared shapes.

Now it’s one thing to recognize common shapes shared between say a spray can and a skateboard, it’s an entirely different thing to actually sit down and animate it. How would you even begin going about animating something like that? The following video created by Marc gives us some insight into how ‘Skills’ was created. Notice in the video, an extensive the research and development portion of the project is. Pre-production isn’t just for live-action projects. In fact, in a lot of ways pre-production is more important when doing motion graphics work.

While this video provides great background into the process, we wanted a little more info about how Skills was created. We asked Marc a few questions and he was kind enough to hit us back with the answers:

Q: How did you begin conceptualizing the design for “Skills”?
I wanted to create something new with references to artists that I admire, and of course, learn new things. There’s a video from Plenty.tv that caught my attention that mixes different characters and I wanted to go further in this concept, but with a very different topic. Also, I wanted to mix motion graphics with a photorealistic render, because I really think that it transmits a powerful image. 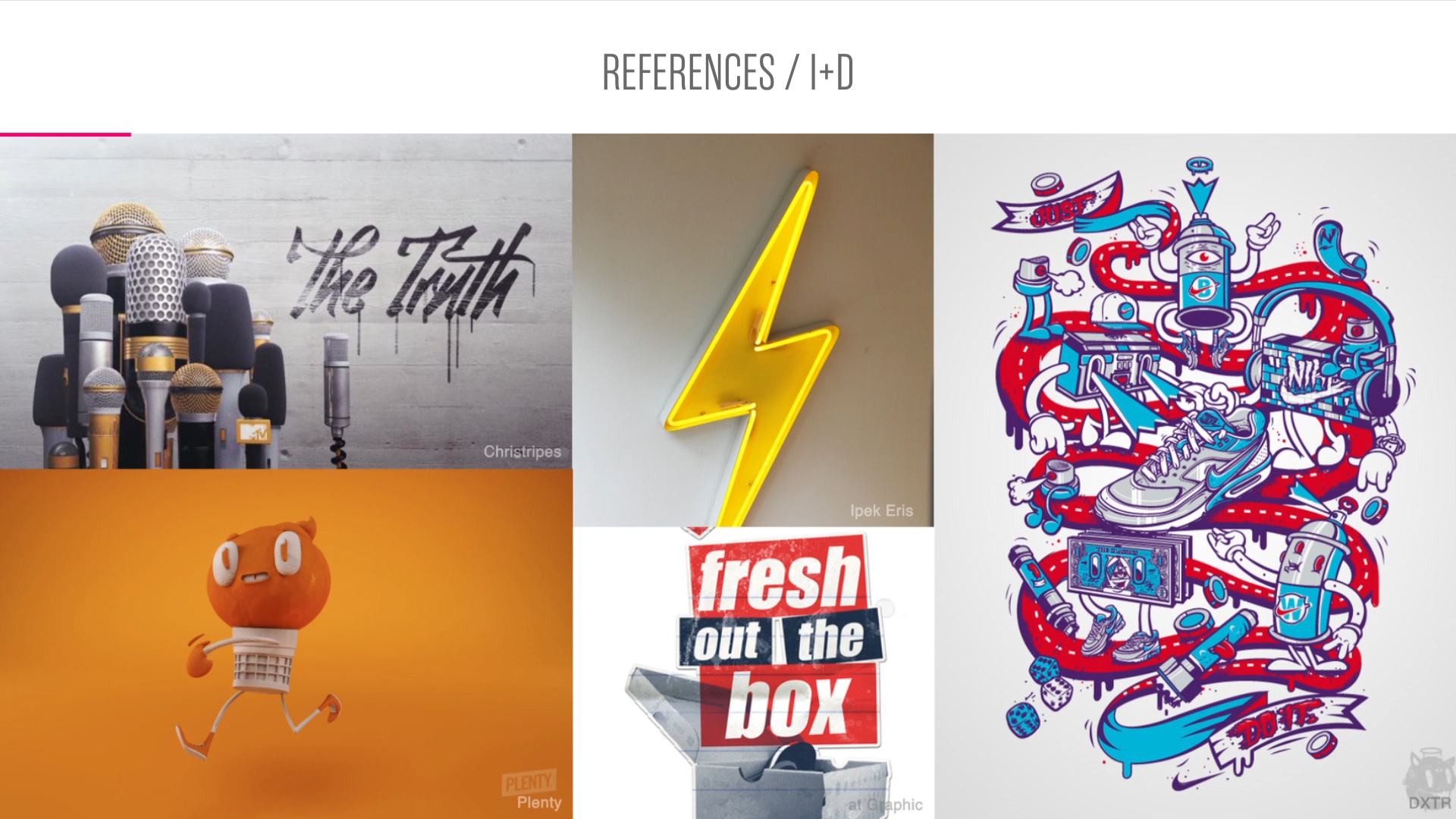 Q: Where did you learn how to use Cinema4D?
I learned the basics in college. However, I learned the majority of Cinema 4D just on my own…and I am still learning everyday. I think the most important attribute for anyone looking to learn is interest and curiosity. There’s always something to learn or improve on, especially in 3D graphics and motion.

Q: What other software programs did you use?
I used Photoshop and Illustrator for designing, for video and postproduction I used Adobe Affects and some Final Cut.

Q: How difficult was it to make the animation seamless?
This depends a lot on the objects you are working with. You have to look at the shapes and similarities between objects. If you work with 3D I think it is much more difficult because the process becomes of the higher amount of detail. The kind of effect I incorporated is usually used with 2D or flat style, but the result when done in 3d is awesome. It was sometimes much easier than it seems because you can “cheat” the eyesight. Everything happens in only few seconds so the most important thing is that the design looks fluid. This method isn’t always the same so you have to adapt it to the object. 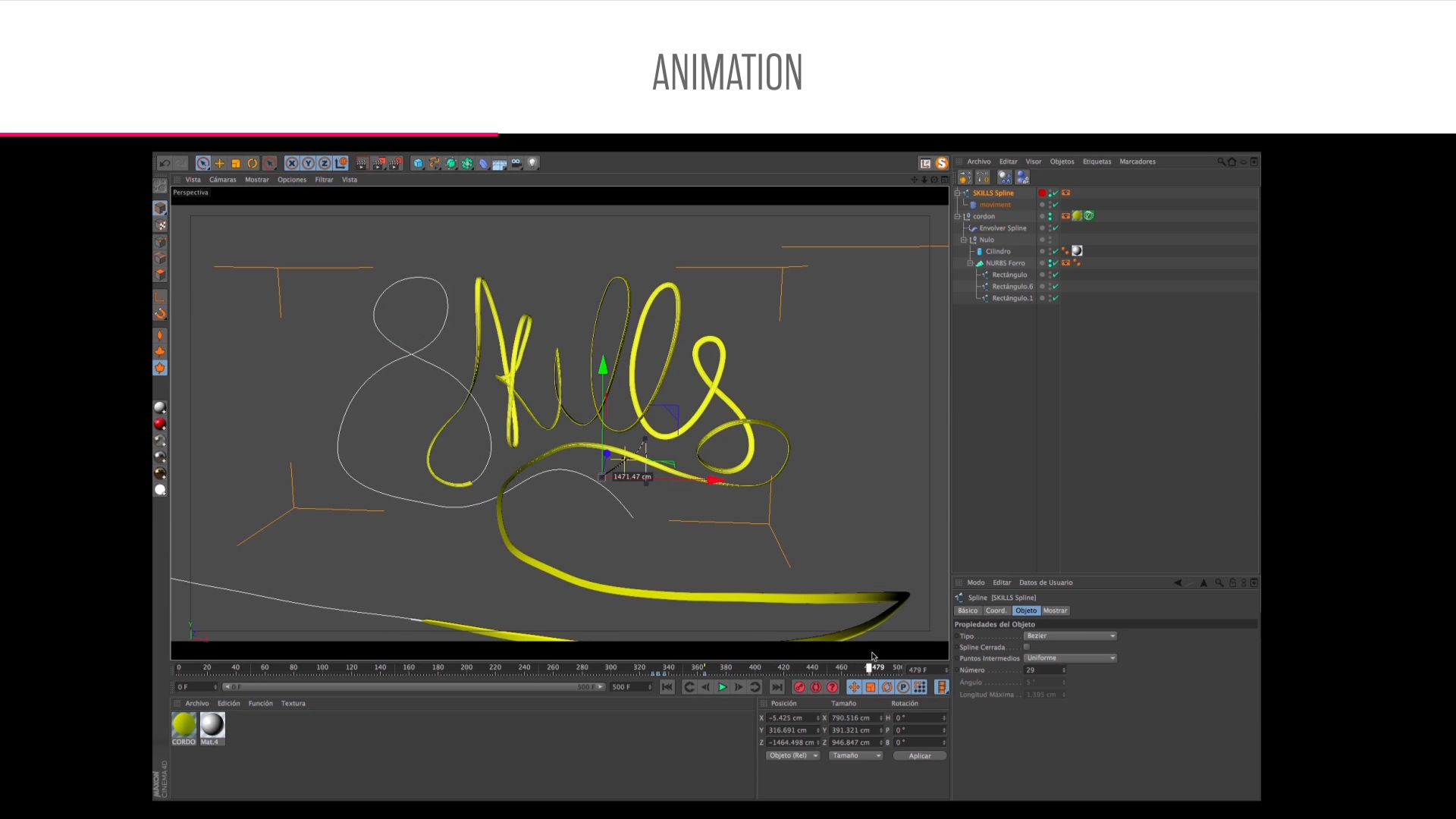 Q: Do you have any tips for people looking to make seamless design?
Morph static objects is more difficult than objects that are moving. Work on dynamic movements and take advantage of any move that can give fluidity. I based the project on the “Squash and stretch” principle of animation. With deforming and re-forming the object the animation becomes more fluid and it becomes easier replace the desired object. We have to take into account that each object is different, but a good way to practice is to try with basic objects.

You can check out more of Marc’s work on his Vimeo channel. Thanks for sharing your insight Marc!

If you are interested in learning more about motion design check out the Premiumbeat Blog. We have hundreds of tutorials and articles dedicated to helping you become a better motion graphic designer.

What did you think of skills? Have any questions for Marc? Have any seamless design you want to share? Share in the comments below.