Import images into Avid Media Composer the right way!  Avoid stretched and squeezed images, and master these simple rules to make importing as accurate and effective as possible.

Importing images — both still graphics and movies — into editing software isn’t always as cut and dry as it might seem.  Indeed, you have many choices regarding size, aspect ratio, pixel shape, color, and alpha channel treatment — and if you make just one wrong choice, your graphic may come in unrecognizable.  For that reason, it’s a good idea to master the rules in Avid Media Composer’s Import Settings dialog box.

This is the first post in a two-part series concerning the various settings in the Import Settings dialog box in Avid Media Composer.  This post will explain the following categories: 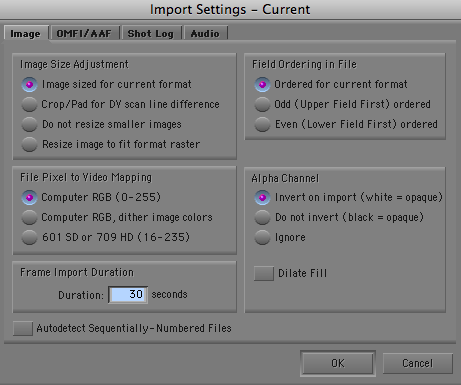 Let’s go point by point within the Image Size Adjustment section and talk about what everything means.  (For an explanation of the settings in the bottom part of the window, see Part 2 of this series.)

Image Size Adjustment concerns frame size (raster dimension) as well as pixel shape (pixel aspect ratio).  It is the most difficult to understand, so I will try to explain it as simply as possible.

Option #1: Image sized for current format:  This option assumes that the image that you are importing has been perfectly sized for the current project format.  This simply means that the image meets two criteria — it is the correct size, or raster dimension; and the pixels are the correct shape, or aspect ratio.

Ok, so what does this mean?  Well, if you look at the Raster Dimension label under the Format tab of your Project window, you will see your project’s resolution.  Simply put, your graphic needs to be this same size — kind of.  Keep reading for a fuller explanation.

HD Projects: So, if your HD project resolution is 1920×1080, then the graphic or movie files you input should also be 1920×1080.  This works great, because HD projects in Avid Media Composer exhibit square pixels, and pretty much every graphics creation program out there (i.e., Photoshop) also exhibits square pixels by default.  There is no conversion necessary, and everything is pretty simple.

Note: the other option, of course, to change the pixel aspect ratio in your graphics creation program (i.e., Photoshop) to non-square pixels before importing the image into Avid Media Composer.

If, however, the image was not sized correctly as explained above, Avid Media Composer will stretch or squeeze the image to fit into the project’s format raster.  This is usually how some images end up unintentionally forced into a format raster that they were not intended to fit. 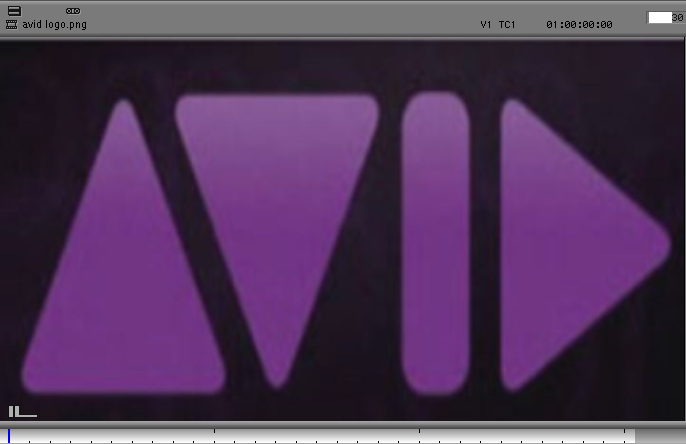 As you can imagine, choosing this option produces very subtle results, but it’s good that it exists to prevent even the most minute unnecessary stretching and squeezing.

Option #3: Do not resize smaller images:  This option assumes that your image is sized smaller than the video frame.  Therefore, if you import a smaller image, choosing Option #3 will tell Avid Media Composer to not resize it, resulting in no stretching or squeezing.  Instead, it centers the image and floods the area around the image in video black (if there is no alpha channel), or in transparency (if there is an alpha channel).

This is often how SD graphics are brought into an HD project, so the image isn’t enlarged into the HD frame (which would result in extensive pixelation). 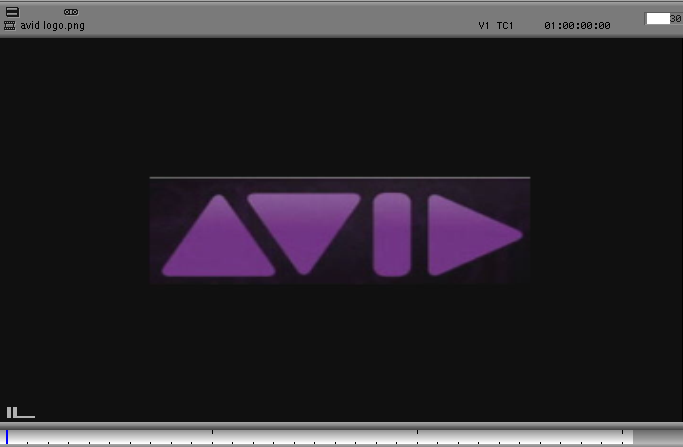 The image is centered, not resized, and the area around the image is flooded in video black.

Option #4: Resize image to fit format raster: This option assumes that your image is sized “incorrectly” — i.e., at a size different than the video frame.  Choosing Option #4 tells Avid Media Composer to resize the image to the maximum width (for wide images) or maximum height (for tall images), and to letterbox the rest of the image in video black.  This option works for images that are either smaller than, or larger than the video frame. 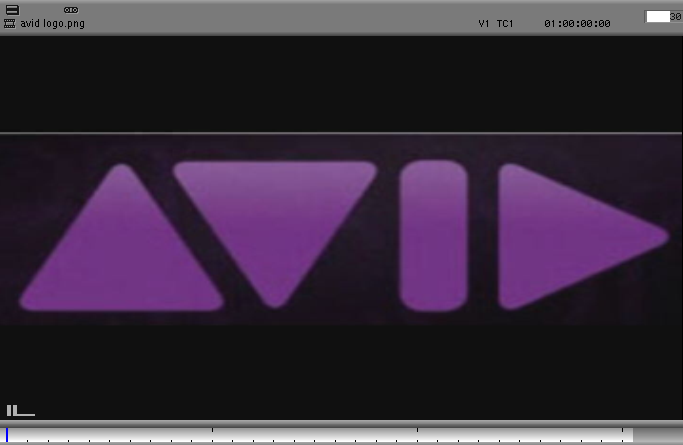 This image is resized to the maximum width because it is wider than it is tall. The area to the top and bottom of the image is letterboxed in video black.