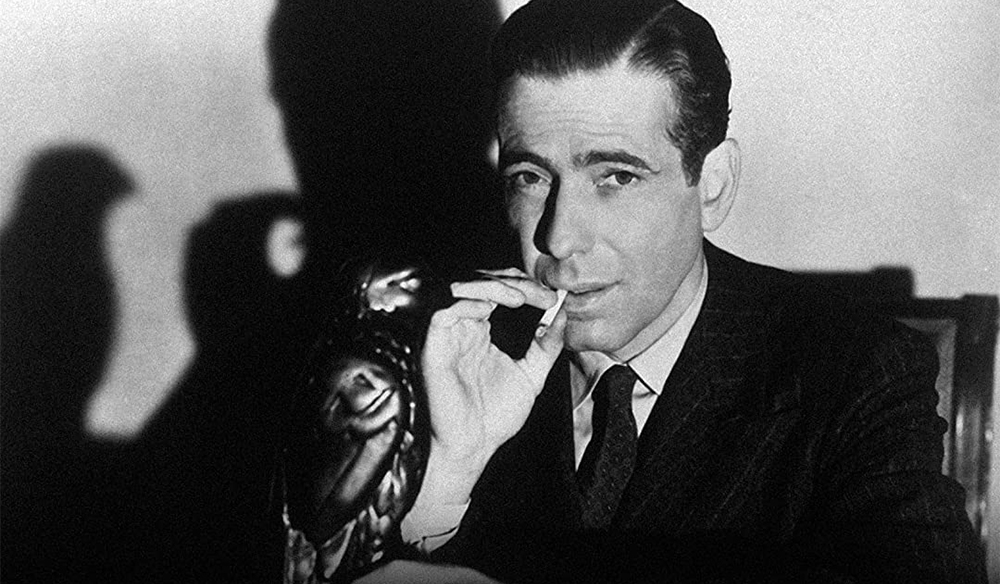 How to Use Film Noir in Your Next Video Production

What is film noir and how can you use its iconic cinematic tropes in your next production? Let’s take a little journey through noir history.

As far as distinctive film looks go, one of the most iconic and recognizable in film history is the harsh black and white silhouettes of film noir. And, surprisingly, this isn’t just pretentious film school vernacular — this style and look can be found and referenced in everything from Joel and Ethan Coen‘s Blood Simple to animated features like Who Framed Roger Rabbit.

But, what is film noir? Where does it come from? And, most importantly, how can you use its basic elements in your current film and video projects? Let’s dive into the history of film noir, explore some of its tenets, and break down how you can use the genre’s trappings to shape your film narratives and video projects today.

What Is Film Noir?

Film noir, by definition, is a cinematic term for a specific style of film produced in Hollywood during the 1940s and 50s. These noir films were most often detective and crime narratives, notable for their stark high contrast and harsh lighting style, while featuring hallmarks of Great Depression-era crime fiction. These early noir films were quite popular at the time, and some of the genre’s iconic characters and story arcs still influence cinema today.

Some classic film noir examples include John Huston‘s The Maltese Falcon (1941), Billy Wilder‘s Double Indemnity (1944), and Howard Hawks’ The Big Sleep (1946), although there are plenty more by these directors (and many others) from this early era.

Now, let’s slip into genre-theory mode to get a better grasp on all things film noir. (Interested in catching up on genre theory to better understand how classic film styles have developed over the years? We’ve got you covered.)

So, a lot of what makes a film noir a film noir has to do with the characters and plot. Yes, there’s the visual look and aesthetic (which we’ll get to), but if you really want to nail that film noir-esque story for your projects, you’ll want to start with the most basic parts of film noir.

At the heart of every story, you need a world-weary detective of sorts. These private eyes are an integral part of the hard-boiled crime narratives that drive the standard film noir plot. And, more often than not, the major crux of the conflict is presented with the introduction of a woman who needs a case solved.

These two characters make up the majority of the film noir storylines and often involve romantic entanglement, along with the now-recognizable femme fatale element, in which she plays a role in ensnaring the detective through seduction, while leading him toward some sort of compromising trap.

Rian Johnson’s Brick (2005) is a shining example of film noir characters and plot devices being used in a modern production. Johnson uses all the classic noir tropes to tell a story of mystery, crime, and redemption that’s set against the backdrop of a suburban high school. If you’re interested, it’s a great introductory film for understanding how film noir works — characteristically and narratively.

The other non-filming elements of film noir, instantly recognizable to most audiences, are the use of language and dialogue. Film noirs were notable for their heavy use of voice-over narration that provides plot details and character descriptions and calls back to the genre’s crime novel roots. If you’re not familiar with how to best work with voice-over (VO) in your projects, these resources will help:

Due to film noir’s dark and cynical nature, these voice-over narrations usually come from the private eye protagonist. As such, they’re highly questionable and unreliable in their intent. These narrations are also littered with the classic noir language, which is largely representative of how people spoke in the 20s and 30s, even as the films themselves were most popular in the 40s and 50s. This is owed, again, to literary roots planted firmly in the dark days of the Great Depression.

If you’re looking for dialogue and terms to utilize in your film noir projects, draw some inspiration from author Ian Tregillis, who has a great glossary of all the slang words and phrases found in hard-boiled film noir.

It’s safe to assume that the moment you hear the words “film noir” you start thinking “black and white.” Obviously, the genre’s association with black and white is rooted in the fact that most film noir was created at a time when color films didn’t exist.

However, over the years, it’s become hard to imagine the genre without this iconic black and white look. The iconic sharp contrast look and the genre are synonymous and each elevates the other. Noir simply needs shadows.

These high-contrast, harsh lighting looks favor low-key lighting setups, often painting subjects in one direct light, as opposed to the more traditional high-key, three-point lighting setups, which prefer to stay away from shadows. These lighting traditions carry over from early German expressionist films, and their inherent limitations helped define the genre’s unique, canted angles and framing devices (like the iconic window shades look).

In addition to the tutorial above, here are a few additional resources that demonstrate different ways to nail film noir lighting setups:

Modern Neo-Noir and the Future

As most film genres go, film noir has certainly evolved over the years. And, while you’ll find plenty of examples of parody and comedy recreations of classic film noir used in television and film (think Steve Martin in Dead Men Don’t Wear Plaid), the genre itself has actually been able to morph into a new style, which you can still find — and use — in modern cinema.

Starting in the late 1970s, a new style dubbed “neo-noir” was developed by the likes of Michael Mann, the Coen Brothers, and David Lynch. These filmmakers found creative ways to bring classic film noir elements into modern crime tales, often blending them with other genres like action, comedy, and art house.

One of my favorite examples of post-modern film noir is the Coen Brothers’ The Man Who Wasn’t There, as it was shot in black and white and employs many noir plot devices and filmmaking styles, like sharp contrast and harsh lighting. However, unlike traditional film noir, the Coen Brothers bring a bit of comedy into their story, with the main character not being a detective, but a barber who’s forced into solving a mysterious murder.

Whatever your stylistic preferences may be, understanding the genre tropes of film noir can help you to incorporate these stylish looks into your next unique project.

For more genre insights and filmmaking breakdowns, check out these articles below.

Cover image from The Maltese Falcon (via Warner Bros.).