As the official announcement of Apple’s new Final Cut Pro X software approaches, speculation and buzz surrounding new product features continues to intensify. In this post, we’ll take a look at verified information as well as predictions and questions about the new application.

When Apple previewed a beta version of Final Cut Pro X at the Las Vegas SuperMeet back in April, the public learned the software has been completely rebuilt from the ground up.  Utilizing many new technological advancements (such as Cocoa and the Snow Leopard OS) coupled with the computer’s processing power, the back end of the new application is significantly more robust. In turn, the UI of the application has been completely reworked to take advantage of these improvements.  This is not simply an upgraded Final Cut Pro.  No, this is a completely new FCP…the biggest update to the software since the initial FCP was released back in 1999. 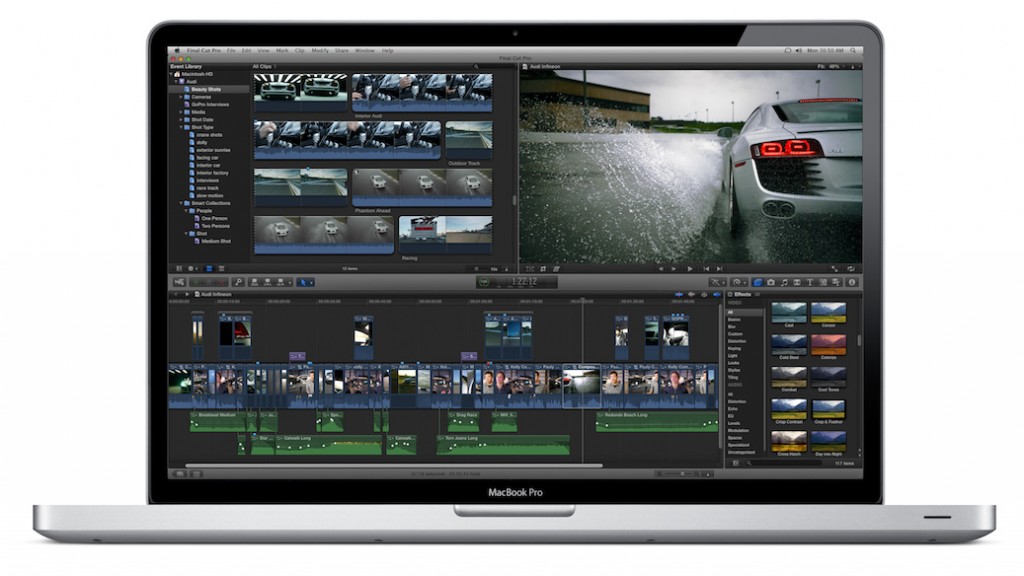 Much of the information we have about FCP X is from the Supermeet, as well as hints from the handful of editors that have been given trial copies of the software to test and debug.  In April, we were told that an official release would come by June of 2011.  To date, Apple has not released the product, provided a solid release date or even given an “official” announcement about FCP X.  As we sit in limbo for additional information, let’s look at what we do know:

The price of FCP X will be an incredibly low $299.

When this was announced at the SuperMeet every person in the audience let out a huge gasp.  Some were excited that this powerful application would be financially accessible to all.  Other professional editors seemed worried that this low price point will mean an even greater saturation of the postproduction market.  Either way, the capabilities of FCP X are quite amazing for the price.  This will make it by far the most inexpensive professional NLE.

Final Cut Pro X will be available in the Mac App Store.

This is not a huge surprise, as the software industry has been making major moves toward download only versions of products in recent years.  This does mean however, that there is not an upgrade version of the software (like there has been in previous offerings).  Like we said before, this is a completely new product — and in that same vein all FCP users who want FCP X will be subject to paying $299.

The application is 64 bit it is able to use the entire RAM processing power of the CPU.

This is a tremendous improvement over the 32-bit foundation of FCP 7.  What this means most significantly is a faster workflow and the addition of background rendering. That’s right, background rendering.  It’s a feature that many editors like myself have dreamed about for years!  Because of the additional processing power, the rendering happens quite quickly while you’re busy making additional changes to your project.  You are able to preview effects and stacked layers almost immediately, leaving more time for creative experimentation.

Emphasis has been placed on project organization with importance given to metadata.

Final Cut Pro X has multiple metadata tools that allow editors to tag clips (and parts of clips) to keep the project clips methodically structured.  The application automates metadata upon clip import, noting the number of individuals in a shot.  Clips are sorted into Smart Collections, replacing the bin structure we’ve been accustomed to. 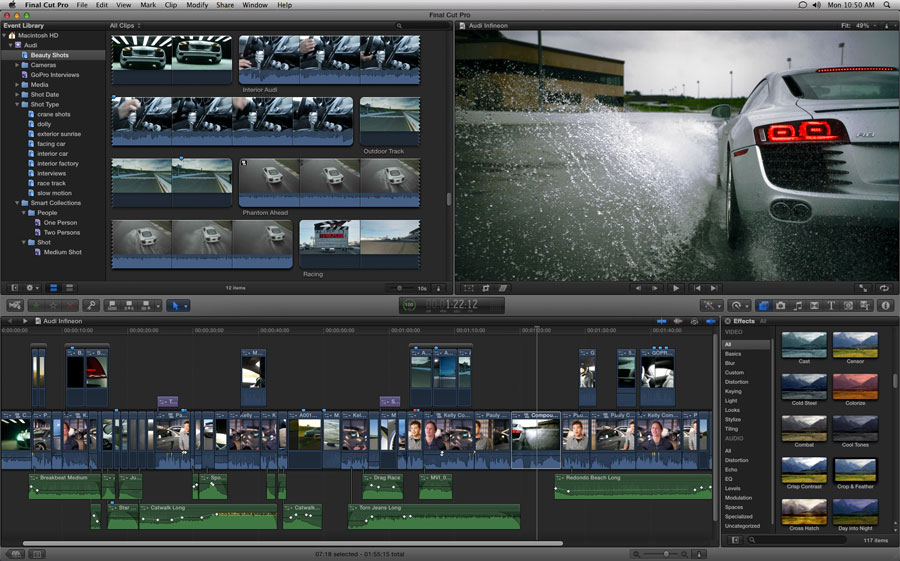 Although many questions about Final Cut Pro X have been answered, there is still much room for speculation. There was no mention of the other Apple ProApps such as Motion, Soundtrack and Color during the SuperMeet FCP X preview.  Will these applications be sold a la carte?  Will they be getting updates as well?

What improvements will be made to export and sharing functions?

Will there be support for BluRay?

Can files still be round tripped to and from the other ProApps?

What about all the plug-ins I’ve purchased for my current version of FCP?  Will they work within Final Cut Pro X?

Will my current project files be supported?

Will all of the keyboard shortcuts be the same?

All in all, the new Final Cut Pro X should be a tremendous improvement over earlier versions.  Now we’re just waiting to see exactly how.

Have your own questions about the new Final Cut Pro X?  Features you’d like to see included?  Any other thoughts?  Let us know in the comments!