Edit your Final Cut Pro X video projects in mid air with a swipe of your fingers – wave of the future or simply a gimmick?

A while back we shared a video editing workflow that was based on hand gestures and an Apple Trackpad. The video below takes it one step further, touch-free video editing through hand motions and finger gestures. Can we expect this to be a viable method of video editing in the future?

For those unfamiliar, the Leap Motion Controller is (from Wikipedia):

a small USB peripheral device which is designed to be placed on a physical desktop, facing upward. Using two cameras and three infrared LEDs, the device… is designed to track fingers (or similar items such as a pen) which cross into the observed area. 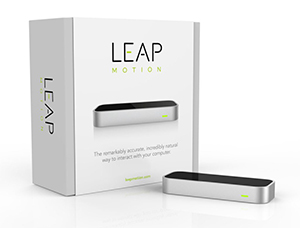 Early users of the device report it’s astonishingly accurate and some industry analysts are wondering if it will “change the way we use computers“. Post production device manufacturer Editors Keys have jumped on the bandwagon, designing the first application to support video editing with the Leap controller.

The finished app should support over 50 unique gestures for video editing and retail for 99 cents. Check out the video below for a sneak peek.

Although it’s certainly neat teach, we can hardly imagine editing like this day-in and day-out. How precise can it actually be? Could it actually be faster than using a mouse/computer? How long until your arms give out?!

Share your thoughts in the comments!  Thanks for the tip, FCP.co.