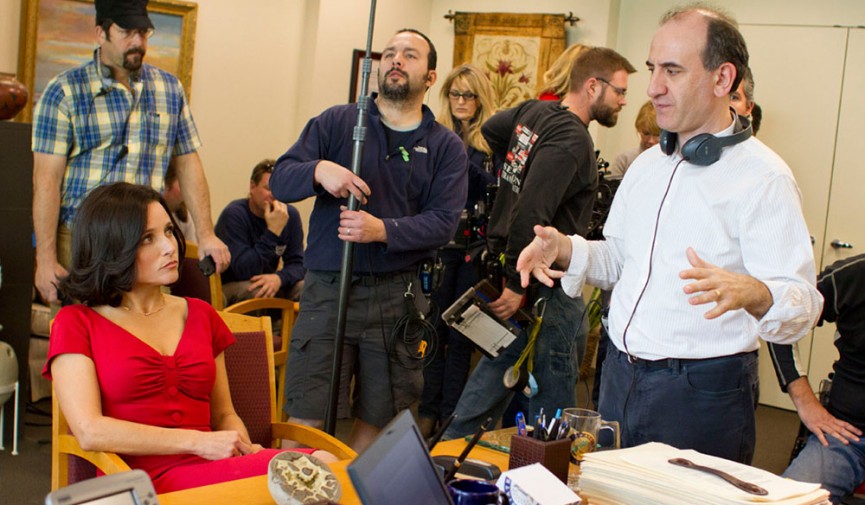 How To Edit Comedy Scenes for Maximum Laughs

Learning how to edit comedy takes a very specific and unique set of skills. It’s arguably one of the hardest genres to cut. These tips will help you maximize your laughs every time.

Top Image: Julia Louis-Dreyfus on the set of Veep via Sky

No matter what genre they’re working in, an editor’s job is undoubtably a difficult one. That said, editing comedy comes with its own set of principles and challenges that can often make it that much harder to tackle. Unlike many other genres that have a lot of leeway in terms of pacing and timing, comedic edits need to be extremely tight and specific in order to land well with an audience.

For those of you out there cutting comedy, whether it’s in a commercial or feature-film format — these tips on how to edit comedy scenes are for you! 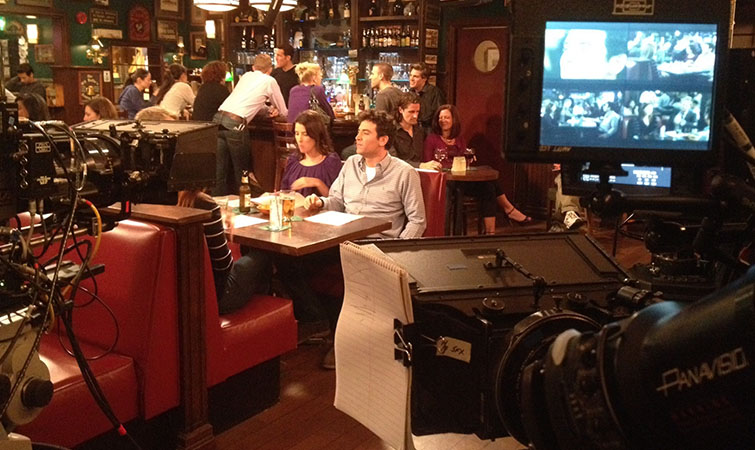 Image: Cobie Smulders and Josh Radnor on the set of How I Met Your Mother via How I Met My Other

Comedy scenes are often shot with a two or three camera setup in order to catch spontaneous moments and have proper coverage on improvised dialogue. If you’re fortunate enough to be given source footage for more than one camera on the scene you’re editing — always take advantage of that.

In other words, don’t simply edit your scene as you would have if it were shot with a single camera… you won’t be taking advantage of the material you’re given. Great comedic actors will most often have near-perfect comedic timing. When working in a multi-cam session, you’ll be able to maintain the beats in the scene much more organically and effectively.

2. Know When the Beats Aren’t Landing 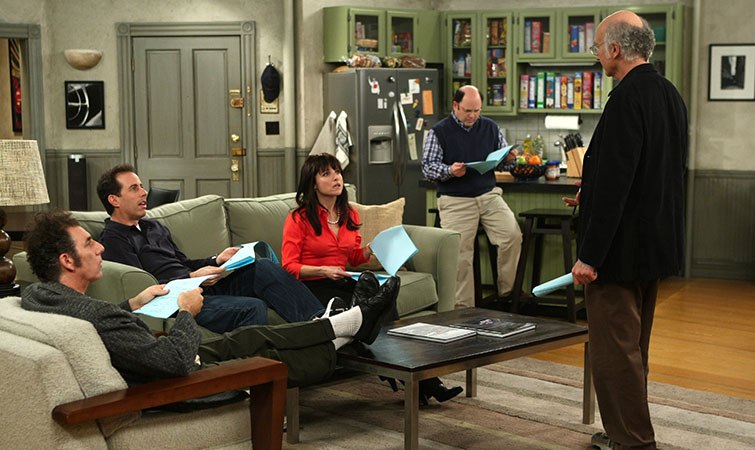 Image: the cast of Seinfeld and Larry David on the set of Curb Your Enthusiasm via Los Angeles Times

Whether you’re cutting a multicam project or not, there will be times when the comedic timing of a scene simply doesn’t work. Perhaps it takes too long to get to a punchline, or there isn’t a long enough awkward pause after a joke has been dropped.

As a comedy editor, it’s your job above all else to be the authority on what’s working and what’s not. When things just aren’t landing, you need to know when to cut or when to pad the scene. It’s amazing how just a few extra frames added or trimmed can be the difference between a joke landing or not, so always stay sharp with regards to timing. 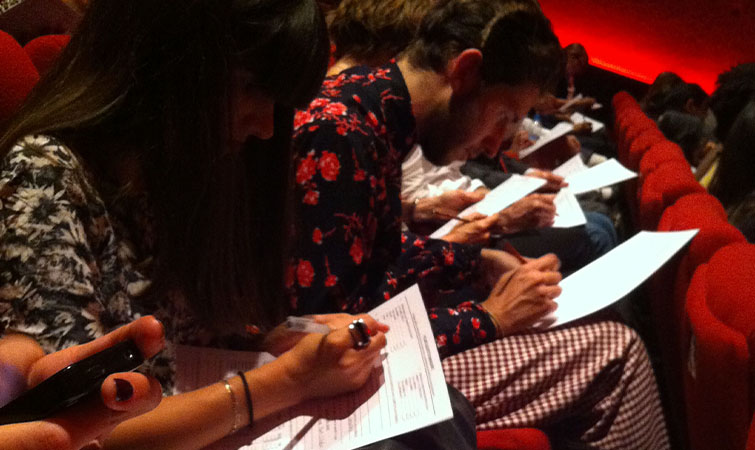 There are pros and cons to testing (or running a focus group) on any type of film. More often than not, it’s incredibly helpful for comedies. As we’ve already touched on, comedy is all about timing – there’s no better way to know if your timing is working than by watching others respond to the material.

After weeks or months in the editing room, certain jokes will feel funny to you just because you know they’re coming, and others will have lost their novelty entirely, which may tempt you to cut them unnecessarily. Before you go too crazy in the editing room, be sure to test the film — even if it’s just for a group of friends to gauge their reaction. Seeing when and where people laugh, which jokes go over their heads, and which moments people respond to most will be very telling.

Here are a few more resources from around the web, each focused on different aspects of getting more laughs through editing:

Finally, here’s a great video from Every Frame a Painting about the cinematic comedy of Edgar Wright.

Got any comedy tips, tricks, techniques, or theories that you’d like to share? Let us know in the comments below!