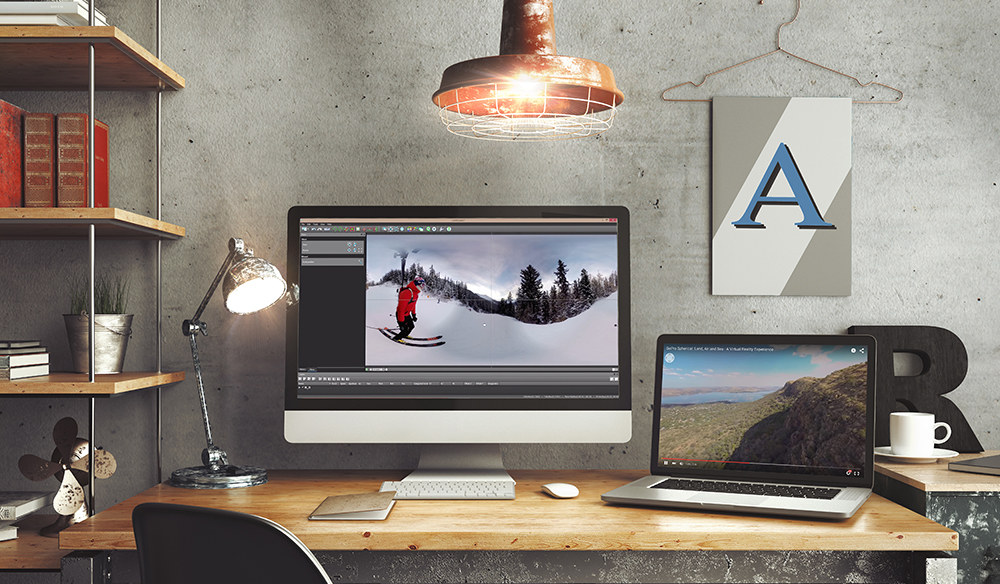 How to Shoot, Edit, and Upload 360-Degree Videos

Get ahead of the curve by learning how to produce 360-degree content for mobile devices and VR headsets. Here are the tools you need to shoot, edit, and upload 360-degree videos.

360-degree videos have now been released to the masses via YouTube and Facebook. Prior to that, you had to have a VR developers kit and share your work with other developers.

Now that any user has the ability to upload and share content, let’s take a look at a few ways you can start producing 360-degree videos.

As this is a developing technology, there are a ton of options available and in development. If you are planning on purchasing a single camera, you should note that only some sites can host your video. Currently YouTube is only compatible with four camera options; Ricoh Theta, Kodak SP360, Giroptic 360cam, and IC Real Tech Allie. With these cameras, you are looking to invest $300 – $500. (Not all are available to the public yet.)

The other option you have is to build your own rig. The most widely used camera rigs use a series of GoPro cameras. The most common rigs feature at least six GoPro cameras in a 3D printed rig. Google Jump uses 16 GoPro cameras.

These rigs will cost thousands of dollars, depending on which GoPro camera you decide to use. The benefit of GoPro is that the cameras are reliable. They have been tested for years in extreme conditions, and they have been designed to be the ultimate camera for any condition.

Here is a quick interview about a team that mounted a rig on an Indy car.

When shooting with one of these cameras or rigs, remember that 360-degrees means everything will be in view — every detail of the room, the camera operator, any equipment, etc. Be sure you take that into account when deciding on a location. You will also need to make sure you have suitable and consistent lighting to make sure all of the footage matches.

Here’s how to use the latest version of the software (2.2).

To see what skydiving footage looks like in 360 degrees, check out this Land, Air, and Sea video from GoPro. On desktops, you will need the Chrome browser. You can control the video by using your mouse or the keyboard letters W, A, S, D.

Uploading your video is not as easy as clicking upload and waiting. In YouTube, you will need to scrub the video through a 360-degree app. The video needs to include certain metadata for 360-degree playback to be enabled. YouTube has provided the following for all users to upload footage.

Create a 360-enabled file with an app

Create a 360-enabled file with a script

Rather than using an app, you can use a Python script. Here’s how to do that.

Be sure not to make edits to the video itself using the YouTube Video Editor and Enhancements tools on desktop or mobile apps, as these tools don’t currently support 360-degree videos.

Are you excited about 360 degree and VR filmmaking? How do you thing the technology might be best applied? Let us know in the comments below.