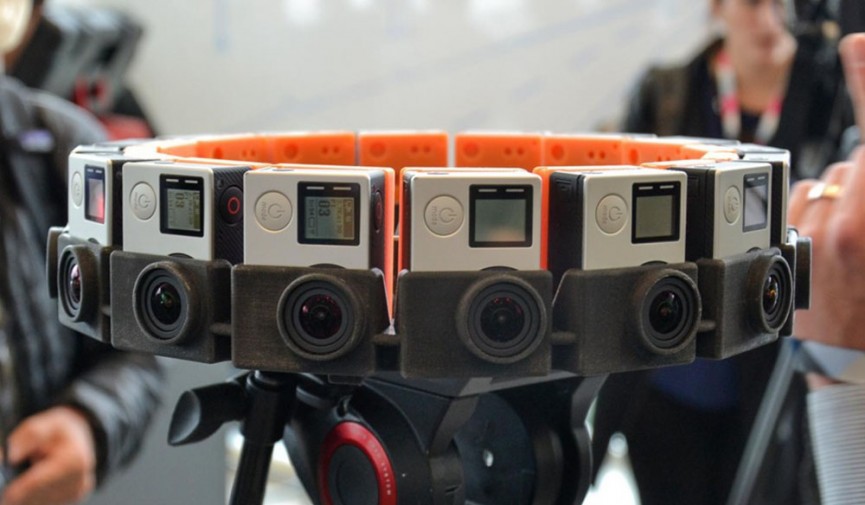 Google Jump and GoPro Spherical offer new options in the expanding world of VR content. Hear all about it and more in this collection of industry news.

Following last week’s Code Conference and Google I/O gathering there’s been plenty of exciting news in the world of filmmaking and videography. Here are a few more recent announcements that you might have missed. 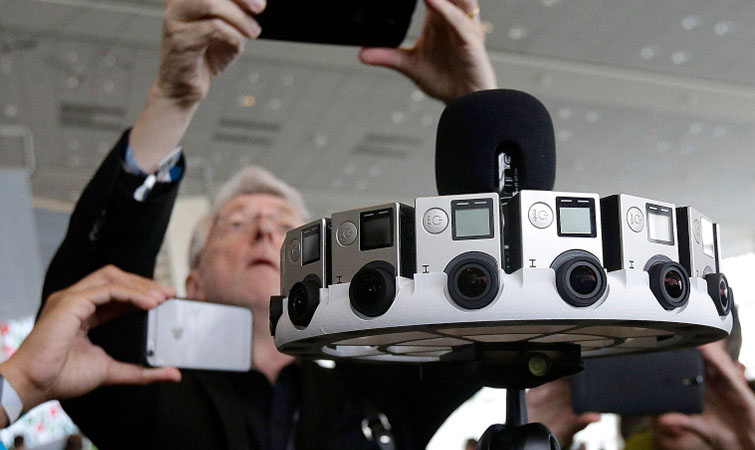 Google Photos wasn’t the only announcement at last week’s Google I/O gathering. The company also revealed that they’ve teamed up with GoPro to create Jump, a completely insane VR camera rig comprised of 16 GoPro HERO4 Blacks. Jump’s tagline is “Experiences like you’re actually there.” What does that mean? According to Google:

The Jump rig consists of 16 camera modules in a circular array. The size of the rig and the arrangement of the cameras are optimized to work with the Jump Assembler software, which transform 16 pieces of video into stereoscopic VR video. Jump assembles 360 videos that allow you to experience a scene in every direction. Perfect stereo ensures that near things look near, far things look far. Our 3D alignment approach creates a beautiful, seamless panorama, so you you won’t see borders where cameras are spliced together. Assembled 3D videos are super high resolution – the equivalent of five 4k TVs playing at once.

All of this 360 VR 3D action will work hand in hand with the Google Cardboard goggles as well as having a home on YouTube. 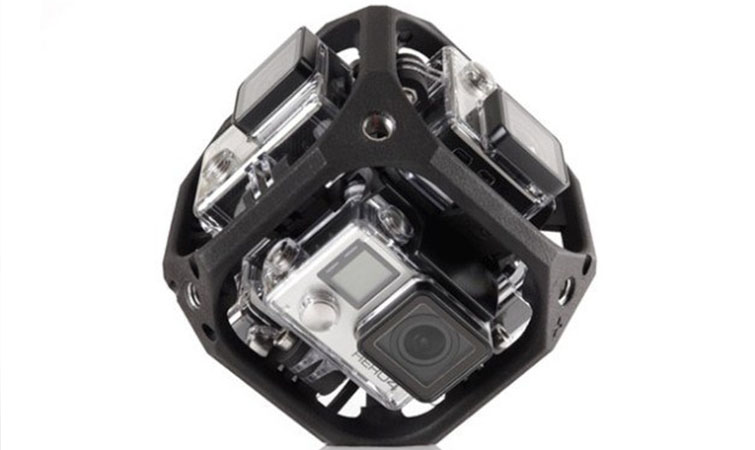 Google Jump isn’t GoPro’s only dip into the VR waters. Following the company’s April announcement of its acquisition of Kolor, CEO Nick Woodman revealed that his company was working on a rig that combines six GoPro Hero cameras to create spherical shots. According to Matthew Panzarino of Tech Crunch:

CEO Nick Woodman says that when Facebook bought Oculus, the ‘gauntlet was dropped’ and GoPro started work on a spherical setup that could generate content for virtual reality and augmented reality systems. Woodman also said that the company has software in ‘alpha’ right now inside the company that allows users to auto-sync their GoPro cameras to the cloud so they can access their footage. This is still in the ‘early stages,’ Woodman said, but this would theoretically allow people to view and edit without ever “having to touch an SD card or touch a USB cord.”

This news, plus Woodman’s announcement of the upcoming GoPro quadcopter and the recent news that the affordable Hero+ LCD will now come with a built-in touchscreen (delivering 1080p60 video and 8MP photos) means that the next year should be pretty exciting for GoPro fans. More information on GoPro’s spherical rig can be found on their website. For more about the Hero+ LCD, check out this great article from Gizmodo.

The Blackmagic brand hasn’t always been synonymous with awesome firmware, but over the last year they have upped their game by releasing many updates to every one of their cameras. Just this week Blackmagic unveiled a new update for the Production Camera 4K that brings some welcome improvements in terms of usability. Notable additions include:

While these updates certainly aren’t earth-shattering, they are a friendly reminder that Blackmagic is taking usability very seriously now, which is great for the industry as a whole. To download the latest firmware update head on over to Blackmagic’s support page.

Check back here on the PremiumBeat blog for all of the latest news about filmmaking, editing, and motion graphics. If you haven’t seen already there was also a few other big announcements from GoPro, AJA, and Google this last week.

What’s your experience with 360 filmmaking? Have you run into any limitations? Share your insights in the comments below.