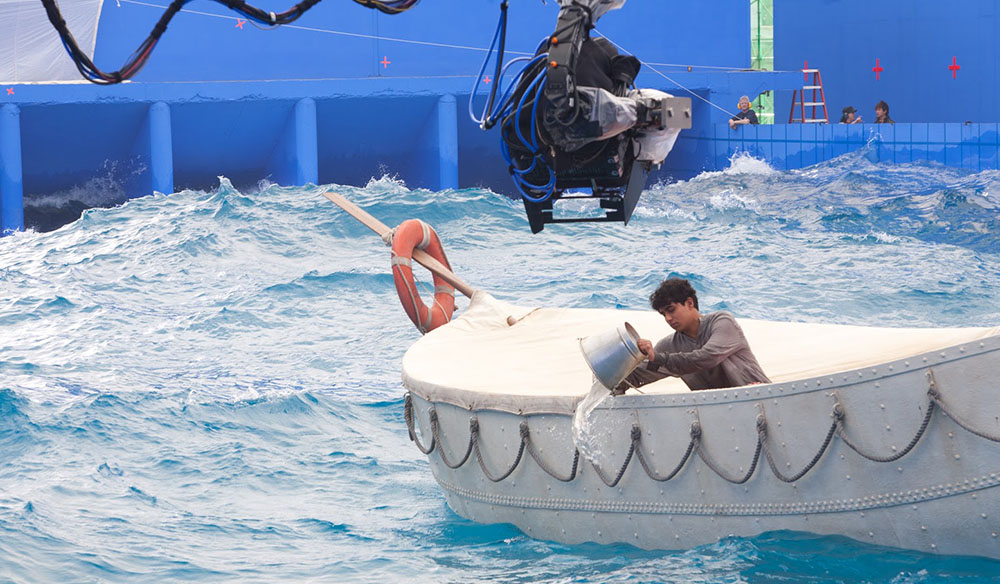 Life After ‘Life After Pi’: The VFX Industry One Year Later

Has anything changed in the year since Life After Pi exposed the business model issues facing VFX houses like Rhythm and Hues?

Released in February of 2014, the documentary Life After Pi chronicled the demise of major VFX studio Rhythm and Hues due to the non-sustainable practices existing between VFX houses and movie studios. Did the issues exposed in Life after Pi lead to positive change in the VFX industry? Let’s take a look at what we learned in the doc and what lies ahead. For your reference, here’s Life After Pi, directed by visual effects art director Scott Leberecht.

1. Billing and Predicting are Never an Exact Science

Every time a bid is created for a client you have to look into a crystal ball. Several years ago Debra Kaufman wrote in an article on Creative Cow:

VFX facilities have operated for years without standardized contracts and viable bidding practices. They have been and continue to be vulnerable to changes in technology and studio policy.

As Life After Pi asserted, many VFX studios use a process known as a ‘fixed bid’. This means each bid is constructed based on the production company (Universal, Disney, WB, etc.) giving the VFX studio a rough ‘blue print’ of the film. So, essentially the production company is saying, “here is what we want to do, and we know changes are inevitable, so you’ll need to account for those changes and include them in the bid.”

There is a lot of estimation and guesswork that goes into trying forecast the future for a bid like this. Right off the bat we should see that using a bidding system such as the current fixed system is not a solution for large scale VFX projects. 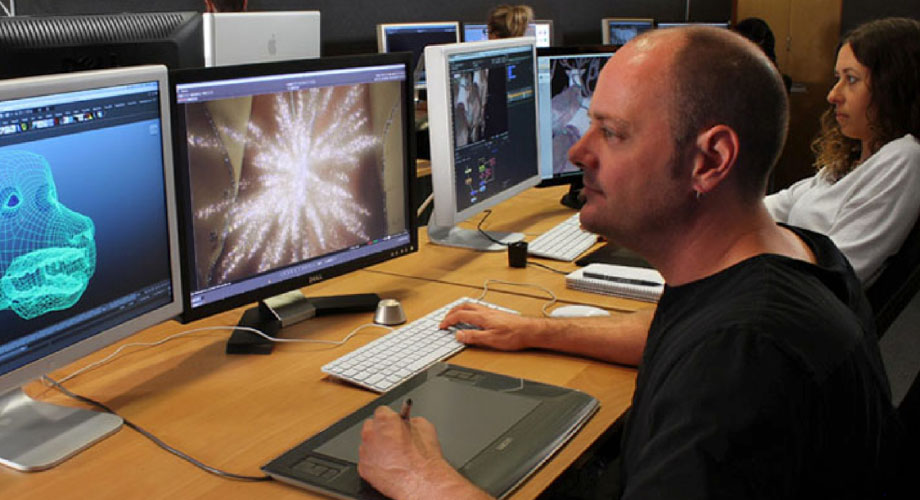 2. The Problem with Cost

Next up is the cost of creating visual effects. At present, VFX are more than likely going to be one of the most or the most expensive item on a budget sheet. Unfortunately that cost wont go down, because in order to house the people, hardware, and software needed for VFX work, it will cost large sums of money. Mike Seymour, co-founder of fxguide, said in a recent article:

The early days of the studio system looked much like all the big VFX companies which are folding on a daily basis. They would build huge sound stages, buy expensive equipment, hire employees (actors, directors, tech) and keep them on staff year round to produce movies. The problem was, when they weren’t producing movies, they were wasting money.

This dead money can happen two ways for the VFX studio. One is not having work. When you’re in between projects or bidding on a new project, there is a lot of dead money out there with no revenue coming in. A way to fix this is to have the VFX studio maintain a much smaller staff that consists strictly of managers and directors. You then contract work out and create a bidding process for contractors to come in and work on specific projects while reducing your overhead cost considerably.

Another way VFX studios have dead money is the overages on current projects. As expressed in Life After Pi, VFX studios have to complete several revisions which takes them beyond the time and material budget in the fixed bid. So the tab for all of this extra time spent on revisions is being picked up by the VFX Studio. So, the real question is why are VFX studios having to process so many revisions in the first place? 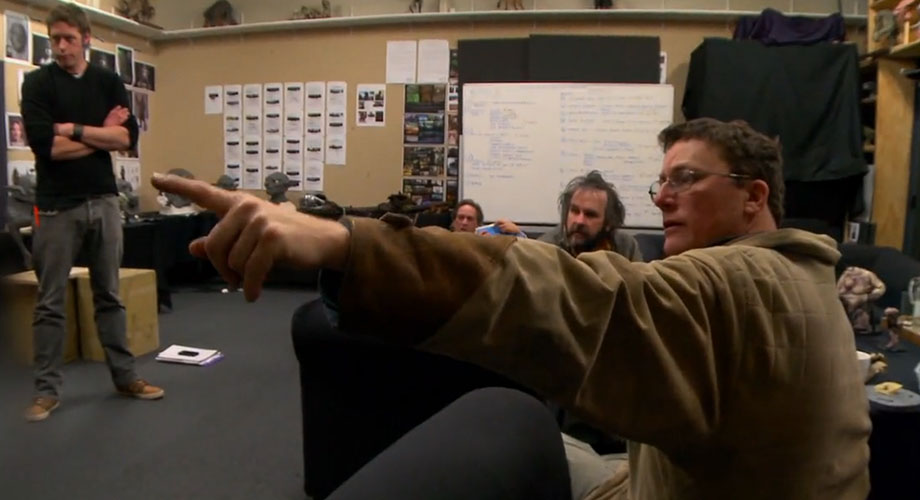 Image of Peter Jackson and Richard Taylor from theonering.net

As a filmmaker and visual effects artist, I agree with Life After Pi‘s assertion about a lack of visionary leadership. More times than not, I hear VFX supervisors talk about the lack of face time with the director. It’s hard to complete anything on time when there really isn’t any one-on-one time with the director. The smart move for directors would be to bring the core VFX team in during pre-production and keep a running dialogue going throughout production. By treating the VFX team as an invested collaborator, you reduce revisions by a large margin.

Kristy Barkan made a great observation in her SIGGRAPH article when she quoted the film saying:

Studios would not permit a director to shoot for a week or two on set, and then say — ‘Eh, tear down this set and build a new set.’

A great example of this type of collaborative process is the relationship between Peter Jackson and Richard Taylor of Weta Workshop. Jackson has always been good about getting Richard and his team involved early in the process. This is an approach that George Lucas had with ILM and the Star Wars franchise.

4. Who Exactly Have We Lost?

As of 2015, each one of the fifty highest grossing films have used some form of visual effects. Nineteen of the top fifty earned more than one billion dollars. Surprisingly, several of the studios that worked on many of these projects are no more. In fact, betwen 2003 to 2013, twenty-one VFX studios either declared bankruptcy, restructured, or closed their doors for good. This list includes Rhythm and Hues, Digital Domain, and Modus.

In the 1970s and 80s, hot on the heels of successful VFX-heavy films like 2001: A Space Odyssey and Star Wars, there were four VFX powerhouses: Apogee, Boss Films, ILM, and Dream Quest Images. Today, only ILM still exists. At present, VFX companies are relocating due to increased tax incentives outside of Hollywood. Because of this, artists are having to uproot their families and move to new cities regularly.

Bryant Frazer stated in an article for StudioDaily that the current landscape is, “leaving many U.S. VFX artists out of work, in transit to new Canadian offices, or leaving the industry entirely.” Scroll down to the bottom of this Creative Cow article by Phil Feiner for an eye-opening list of VFX houses that have shuttered since 2002.

5. How to Stop the Bleeding

Many industry insiders have different opinions on how to curtail the financial issues facing VFX Studios. Many have called for Unions or a Trade Organization to help level the playing field, but each one of these come with their own set of obstacles – and in the case of the Trade Organization, fold because of lack of funding.

The first right step might be adopting a time and materials model over the problematic fixed bid method, as suggested by Mike Seymour in his article on FXGuide. The time and material model is often used in other professional industries like construction, architecture, and design. The model is easily explained: a buyer pays a contractor based on work performed. All time and material spent constructing said work is covered by the buyer.

Magnopus is one such VFX studio that is utilizing this type of business model. Heading up this venture are Rodrigo Teixeira and Alex Henning whose credits include Shutter Island, The Amazing Spiderman, and Star Trek Into Darkness, among others. Seymour weighs in on Magnopus’s chances of success:

The team have worked both sides of the fence, supervisor and supplier, they know all the top studio production executives and many extremely influential directors. In other words, if anyone can pull it off these guys can.

Given the fact the MAGNOPUS has already had success working on projects using this model, a solution to the financial pitfalls of the VFX industry may finally be at hand.

Are you working in the VFX Industry? Do you have thoughts on what might turn things around?
Let us know about your experiences in the comments below.