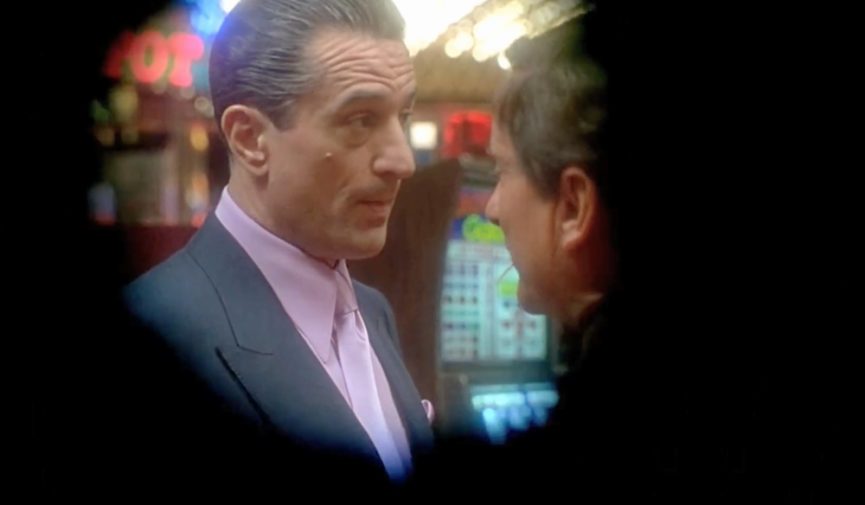 Add visual interest and alter the impact of your images with masks and vignettes, two creative compositional elements that every DP should have in their bag of tricks.

Masks and vignettes are compositional elements that occur in a variety of forms in the history of motion pictures. A vignette is a gradual darkening of an image around the edges of the frame, whereas a mask has harder edges. The mask will be considered in its more circular, iris-like forms in this article.

Masks and vignettes can be accomplished during production or post-production. The result adds visual interest while closing in the rectangularity of the motion picture frame. Let’s have a look at some ways that vignettes and masks can be put to use in modern moviemaking.

The iris shot, or pin-hole zoom, is a well-known masking technique of closing or opening the field of view during the shot. The effect can draw focus on an important element in the frame while adding a note of romance and obsession.

The iris shot is more commonly used as a transitional device to begin or end a scene and has been used by both Paul Thomas Anderson (seen above in Punch-Drunk Love via Sony) and Martin Scorsese (as seen below in a compilation video by Filmscalpel). You’ll notice that Scorsese uses both masks and vignettes in his iris shots.

If the iris mask effect seems a bit over the top, there are subtler uses of the technique. In the early days of cinema, cinematographer Billy Bitzer, working with D.W. Griffith, would use the iris to soften the edges of a shot. This effect can be see in the two frames below from Intolerance (via Triangle). 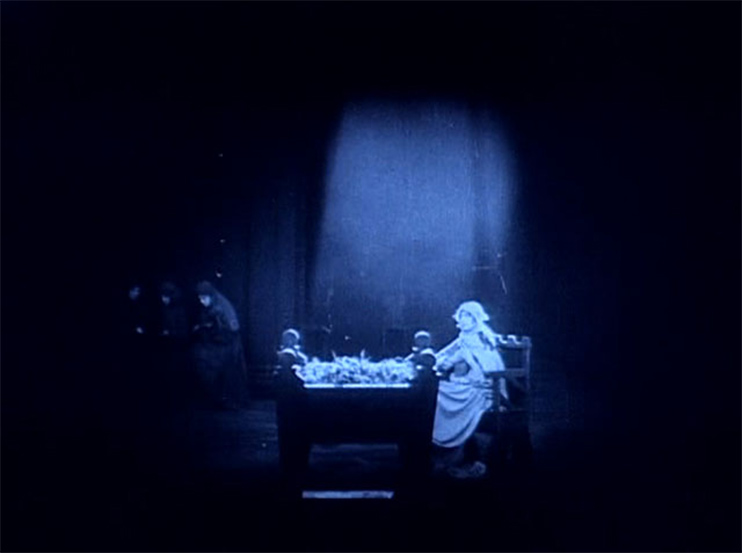 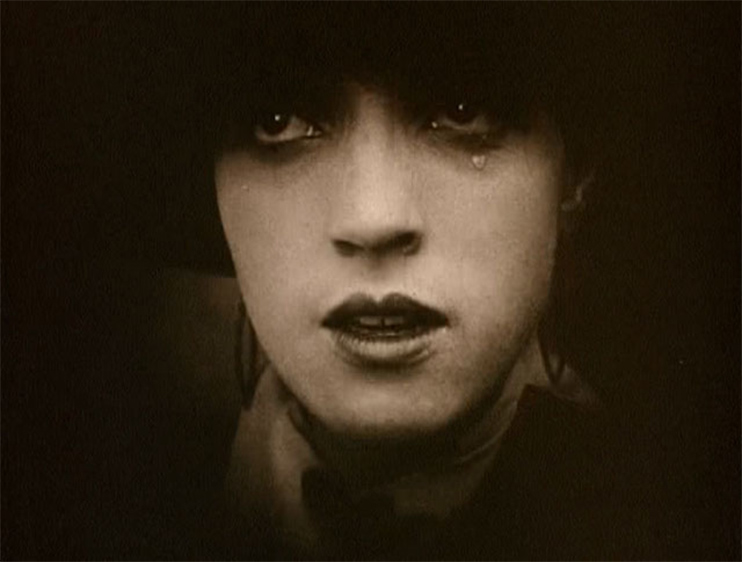 In The Story of Film: An Odyssey, Mark Cousins attributes Griffith and Bitzer’s iris technique to the use of a “collar,” which is basically a lens hood.

Another popular use of the iris mask is as a voyeuristic point-of-view shot. An early use of this voyeur mask can be seen in the assassination scene from the 1915 film, The Birth of a Nation (via Epoch), which is a controversial film text one should draw inspiration from with care.

Once again, Bitzer and Griffith use the iris shot as a point of view on John Wilkes Booth before he assassinates President Abraham Lincoln. The effect suggests a world closing down around the soon-to-be killer, Booth. 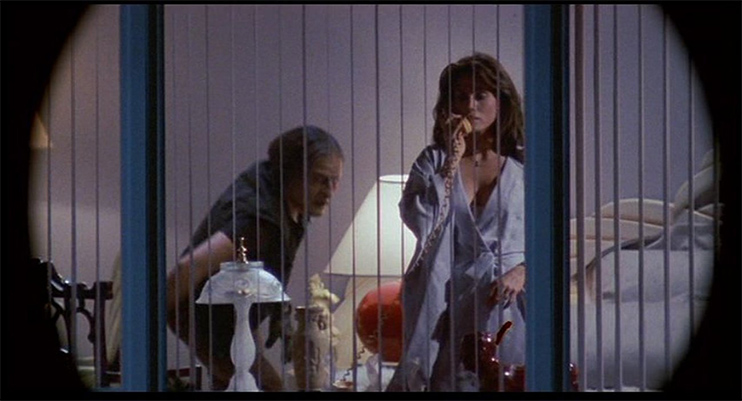 The voyeur mask can suggest claustrophobia and impending doom for the individual framed within the shot. The effect also aligns the audience’s perspective with that of the voyeur. This act of sharing perspective can implicate the viewer in the on-screen happenings.

The voyeur mask can be seen in the shot above from Body Double (via Columbia) and as the popular binocular view, seen below in Chinatown (via Paramount) 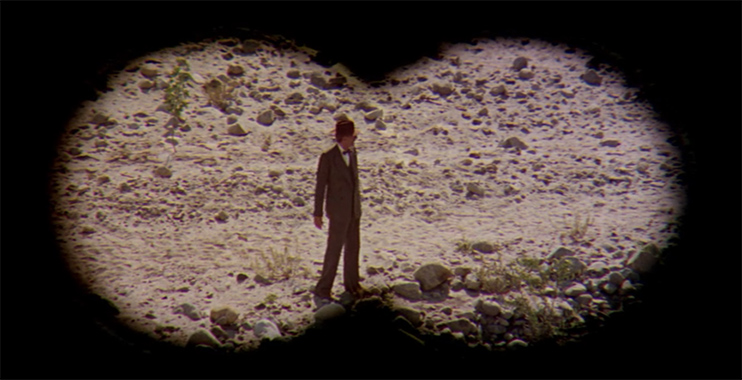 The classic opening to Halloween (1978) wouldn’t be the same without the subjective camera perspective as viewed through a mask. The perspective forces the audience to share the narrow, murderous viewpoint of a slasher, Michael Myers.

Uses of the voyeur mask can swing wildly between serious and light-hearted subject matter. Like the pinhole zoom, the voyeur mask can have a certain old-fashioned playfulness when it is put to use in modern films. For example, Wes Anderson and Robert Yeoman use the device cleverly in Moonrise Kingdom.

The voyeur mask is also a technique wide open for satire, as evidenced in  Top Secret (via Paramount)

When the hard lines of an iris or voyeur mask are too much, the vignette is a great alternative. The vignette is often subtle and can appear in both circular and non-circular forms.

The effect is popular enough to be included on almost all of the latest photography apps. However, it’s a little too easy to add a vignette in post-production. Instead, a good, old-fashioned physical filter can offer a far more unique and organic vignette to your video production. 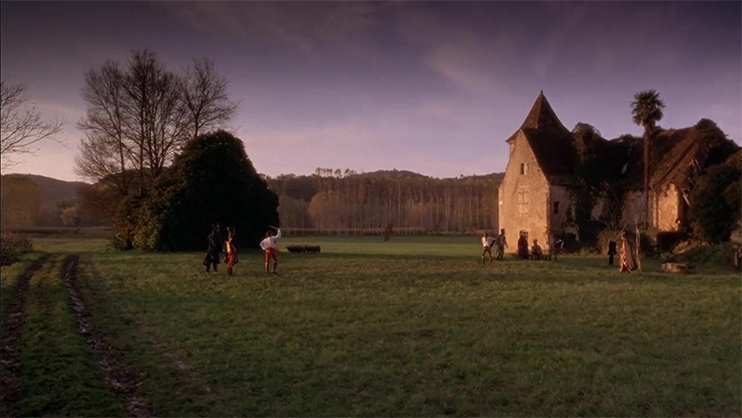 Ridley Scott and his cinematographer, Frank Tidy, relied on the graduated neutral density filter for many of the outdoor shots in the 1977 film, The Duellists, seen above (via Paramount). The grad filter is a partial neutral density filter that can help keep areas of your frame from overexposing. Along with this very practical use, the grad filter adds a noticeable, but subtle darkness to a portion of the shot. This vignetting can be seen at the top of the still above from The Duellists.

Grad filters need not be limited to skies. Darren Aronofsky and Matthew Libatique put the grad filter to stylish, non-traditional effect in the film Requiem for a Dream. The filter can be seen repeatedly throughout the opening of the film at odd angles. The grad filter is visible on bottom section of the frame below (via Artisan). 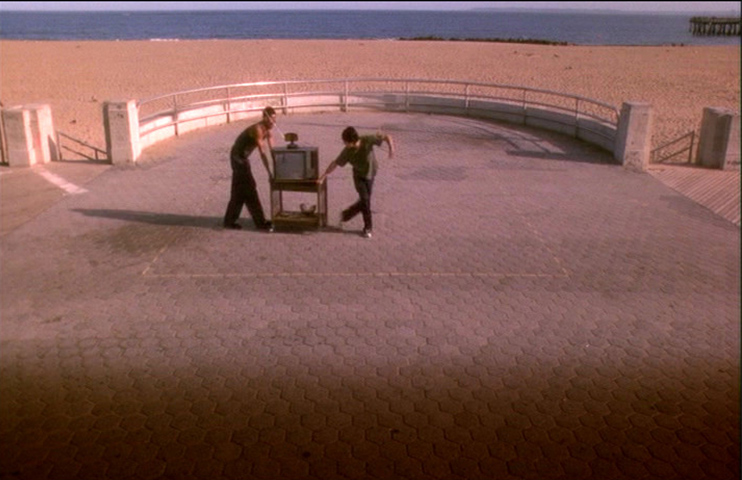 Grad filters aren’t the only way to create a physical filter vignette. Krzysztof Kieslowski and cinematographer Slawomir Idziak used green filters to create a vignette effect in A Short Film About Killing (stills below via Kino). As with John Wilkes Booth, the use of filters in A Short Film About Killing seems to suggest a world closing in around the murderous main character. 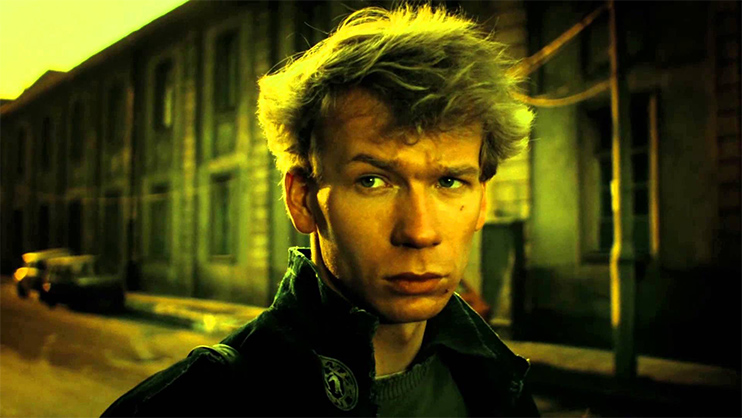 You can buy grad filters to fit your favorite lens or employ a matte box, which is a very helpful tool for more reasons than filtration. 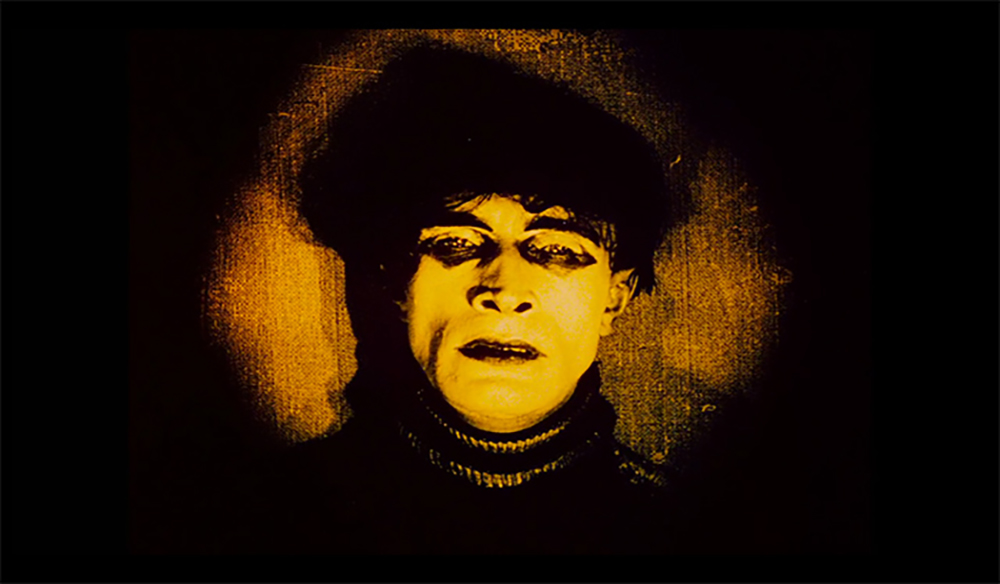 Masks and vignettes are an alternate way of adding visual interest into your compositions. The result softens the hard edges of a rectangular frame and draws a clear focus within your shot. The effect of masks and vignettes can be playful and self-aware or it can be deadly serious. It all depends on your subject matter.

What are your favorite examples of these cinematography techniques? Share them in the comments below.