Painting With Light: How To Fundamentally Approach The Craft Of Cinematography

The most important tool that you have as a cinematographer is your knowledge of the craft, because the more you understand the fundamental science of your work, the less you will need to rely on your tools. 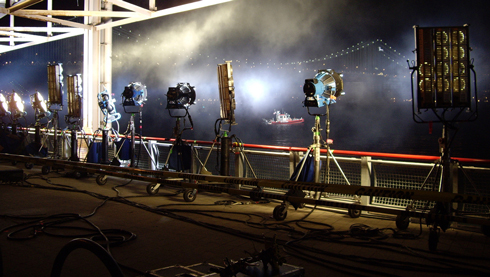 Arguably one of the most important aspects of your style as a cinematographer, is your ability to make unique creative choices based on the script or project that you are working on. Above and beyond all else, being able to conceptualize the look of a film (usually along with your director) is what you are hired to do, so it’s always important to bare that responsibility in mind. Even trained cinematographers often fall into certain styles or habits and start to repeat themselves on projects that vary significantly in tone and style, and when this happens the films they work on run the risk of feeling dull or uninspired. 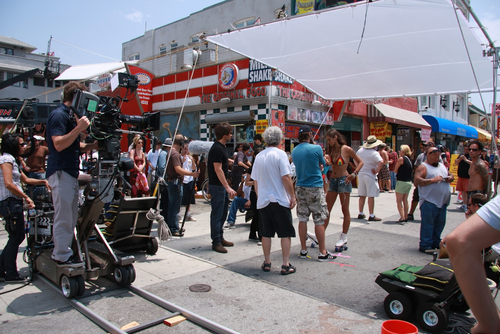 The best way to approach any project as a cinematographer, is to prioritize “the look” that you’re after. Look at the film early on and question it. What type of mood needs to be set in each scene? When are the major plot points, and what can you do to emphasize them with the lighting? How can some of the themes and motifs in the script be adapted visually? These sort or basic questions will easily help you to identify some rules and parameters that you set up early on that will ultimately affect the tone of the final film. For instance, you might decide that scenes with a certain character are going to be backlit to emphasize their personality, or that any time you shoot daytime exteriors, you will underexpose as a means of creating an unsettling tension even in brighter moments of the film.

Know what you want the film to look like is one thing, but actually knowing how to achieve that look is another. It’s so important to understand lighting science as a cinematographer, as it will ultimately make your life so much easier and make your work so much better. By lighting science, I am referring to things like lighting ratios, light quality, and color. Simply understanding the basics of a three point lighting setup really isn’t enough – Not only because you won’t always want to use a three point setup, but also because any traditional lighting setup can look vastly different based on the lights and modifiers being used. For example if you use a tungsten lamp as your key light and point it directly at your talent, it is going to set a very different mood than if you were to flip that light around, bounce it off a white board, and create a softer light. This look will vary even more once you factor in the distance of the light/source from the talent as well as the type of light and bulb strength. 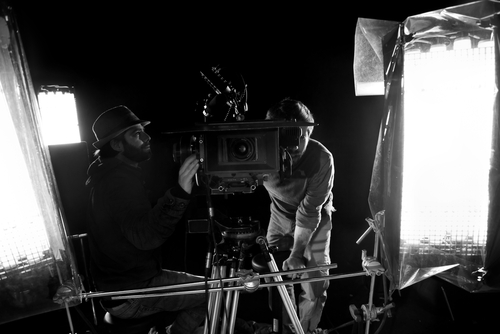 The bottom line is that lighting science is crucial to know if you want to be able to work quickly on set while still getting the great, stylized look that you’re after. The great thing about understanding lighting inside and out, is that you don’t necessarily need an elaborate lighting kit to get the look you’re after. A trained DP can work magic with natural and practical lights, especially when shooting with a camera that has a decent sensor (just about an DSLR these days fits that bill!). At the same time, an inexperience DP can have all the best lights and modifiers in the world and the scene can still look poorly lit. If you’re just starting out, I would suggest working with natural light or practical lights (such as lamps, street lights, etc.) first, as it is a very organic way to understand the science of lighting by experimenting. As you start to need lights, bounces, negative fill, or any other tool, you can then expand your kit and make the purchases that you actually need based on your own work.

The last thing I’ll touch on here is the importance of camera movement. If we take a step back and remember the first point that I made with regards to making creative choices on set, your camera movement (or lack of it) is one of the best ways to define your look. For a simple example, imagine the difference in tone and feeling of a film shot entirely hand held and one that is entirely locked off on a tripod. The mood instantly changes. As you might imagine this notion extends quite far and ultimately every scene must be approached critically to decide what type of camera movement works best. A dolly shot? Handheld Tracking? Possibly a small jib move? All of these techniques will help the viewer to understand the filmmakers intentions with the scene, so make sure that you choose your camera movement wisely. 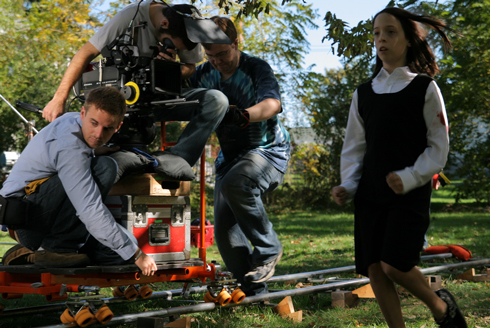 It’s also very important that you don’t over-do camera movement. Just because you have a slider doesn’t mean it should be used in every shot. And too many different types of moves shouldn’t usually be employed in the same scene (unless very carefully choreographed) or else the scene may become cluttered and unfocused. For instance a big jib shot might work well to open up a scene, but then if you cut back to it again, or even end on a reverse of that same jib shot, it will feel redundant. Another example would be if there is a dialogue scene at a dinner table, and the wide shot is pushing back and forth on a dolly, while the closeups pan back and forth between the actors on their lines. In some unique circumstances this might actually look good, but if it’s a romantic dinner setting or a quiet meeting between friends, this will feel way too intense.

Lighting is really so much more than the tools that we have. If you are able to craft a scene beautifully and intentionally using your knowledge base on light quality, lensing, and camera movement, your work will look fantastic. There is absolutely nothing wrong with wanting to shoot on the best gear – I of all people can relate! But always remember that the gear is only there to capture the best version of an already beautiful scene that you are creating, rather than capturing an image and hoping the camera and post-production will do the work for you.

If you are interested in learning more about lighting I highly recommend checking out the Lighting for Video series here on PremiumBeat’s website. While you’re there read up on the latest filmmaking news or learn some more creative filmmaking techniques.

What techniques do you use when approaching cinematography? Share in the comments below.