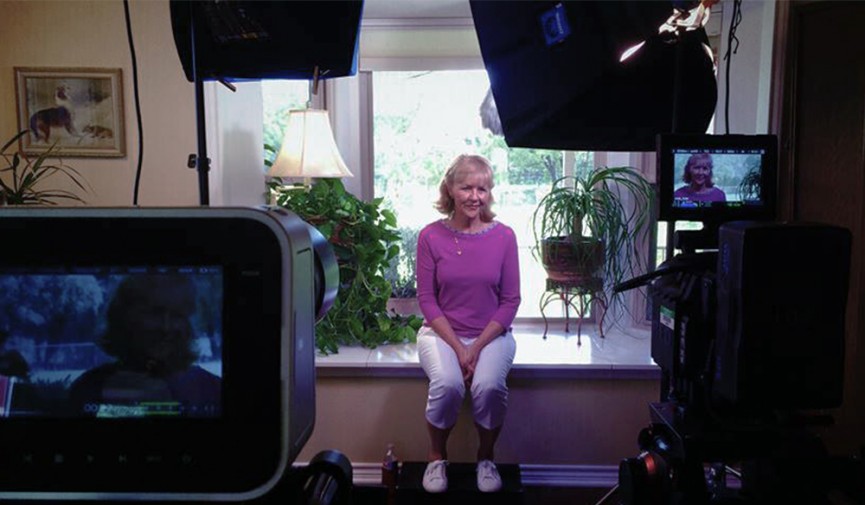 Premiere Pro CC makes it easy to work with a multi-cam setup. Let’s see just how easy it is!

When working on a documentary, commercial, or industrial video production, you’ll be capturing interviews. Many times, in order to make the interviews more appealing and engaging, a film crew will use multiple cameras to capture several angles. Then, when it comes time to edit the sequence, there are options available to keep the pace of the sequence moving along.

However, adding additional footage sometimes does more to hurt your productivity than aid it, especially if you have to sync audio to your footage. Luckily, Premiere Pro CC does a great job of helping you with the process of syncing video and audio.

When you’re on location capturing interviews, you’ll more than likely only be working with two cameras, which should both be capturing scratch-track audio in addition to the video. The final audio that you’ll be using for this project will usually be captured using a field recorder like a Zoom H6 or a Sound Devices 702.

You’ll want to slate each clip. This ensures that the scratch-track audio and the final audio have a marker to sync to. Once you’re in Premiere Pro CC, you can highlight the two video and final audio tracks, then right click on them and select Multi-Camera Source Sequence. To give you a full rundown on how to easily do this, here’s a video from Gary Fong’s YouTube Channel.

As you know, not everything always going according to plan. So when something goes wrong, like one of the cameras not capturing scratch-track audio, fret not. You can still sync your audio with your multi-cam setup, you’ll just have to sync the video and the audio the old school fashioned way — by hand.

You won’t be able to use the Multi-Camera Source Sequence options, due to video missing scratch-track audio. But, again, you can hand-sync the video and audio together, as long as you slated at the beginning of the shoot. Here’s a video from Curtis Judd that takes us through the step-by-step process of hand-syncing audio and video for a multi-cam shoot in Premiere Pro CC.

The point of having a multi-cam setup is to give your audience options in terms of visual perspectives. I like to have one camera fixed on the interviewee and the second camera zoomed in on the interviewee’s face to capture facial expressions. Sometimes I’ll use the second camera to film their hands in order to capture gestures. Either one of these allow you to mix up the final cut, thus making it more visually stimulating.

For another basic overview of how to edit a multi-cam setup, here’s a great video tutorial from O’Reilly – Video Training.

What are your thoughts on multi-cam setups? Do you use them in your projects? Does it aid the final product? Let us know your thoughts in the comments below.