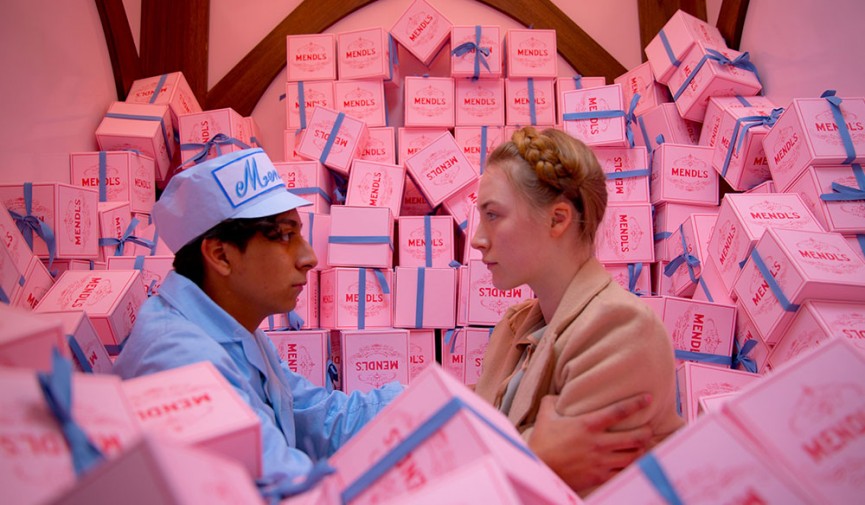 Looking to advance in your editing career? Check out this pro advice from Edit Fest London 2015.

Top Image from IMDb. All other images from American Cinema Editors.

If you’re already a working editor, or assistant editor, getting that break to take your career to the next stage can be a challenge. While at the recent Edit Fest London, an all day event organized by the American Cinema Editors (ACE), which takes place in New York and LA (the next event is August 1st in LA), I got to hear from top editors like Mark Sanger (Gravity), Barney Pilling (Grand Budapest Hotel), Lisa Gunning (Seven Psychopaths, 50 Shades of Grey) Anthony Boys (Veep, In the Loop) and Yan Miles (Sherlock, Band of Brothers) – to name just a few of the fine Edit Fest London panelists. That and, if you stayed for the after party, you had the chance to meet Walter Murch! 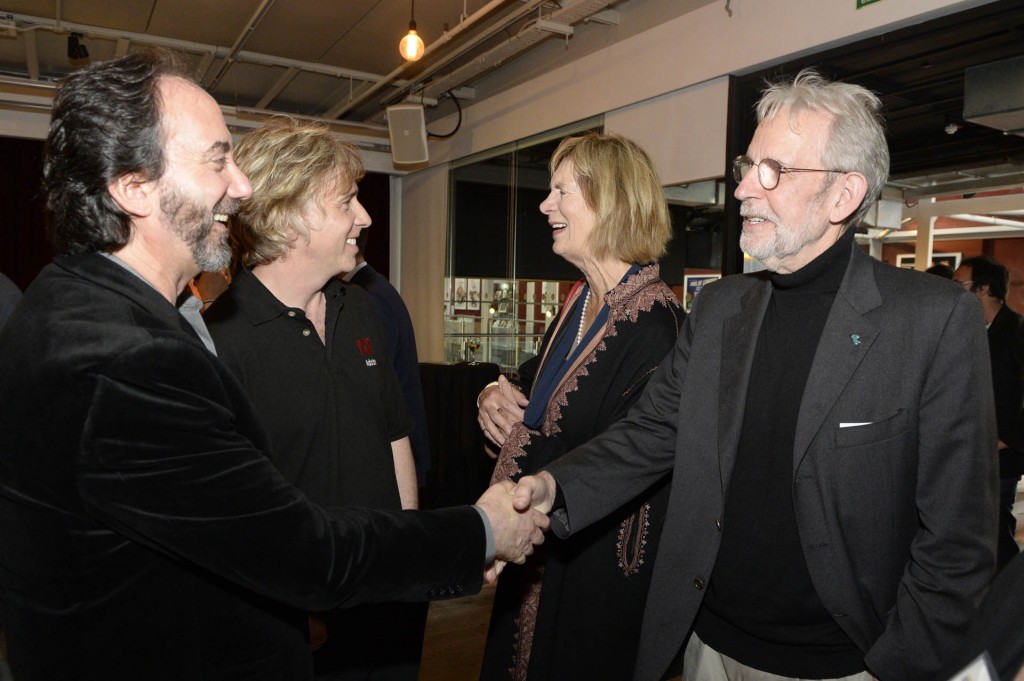 What was really interesting, as a working editor myself – and what I’ve drawn together in this post – was hearing these top professionals share advice on how to advance your editing career to the next stage, and preparing yourself for the ever changing nature of the editing job itself.

Moving From One Genre To Another 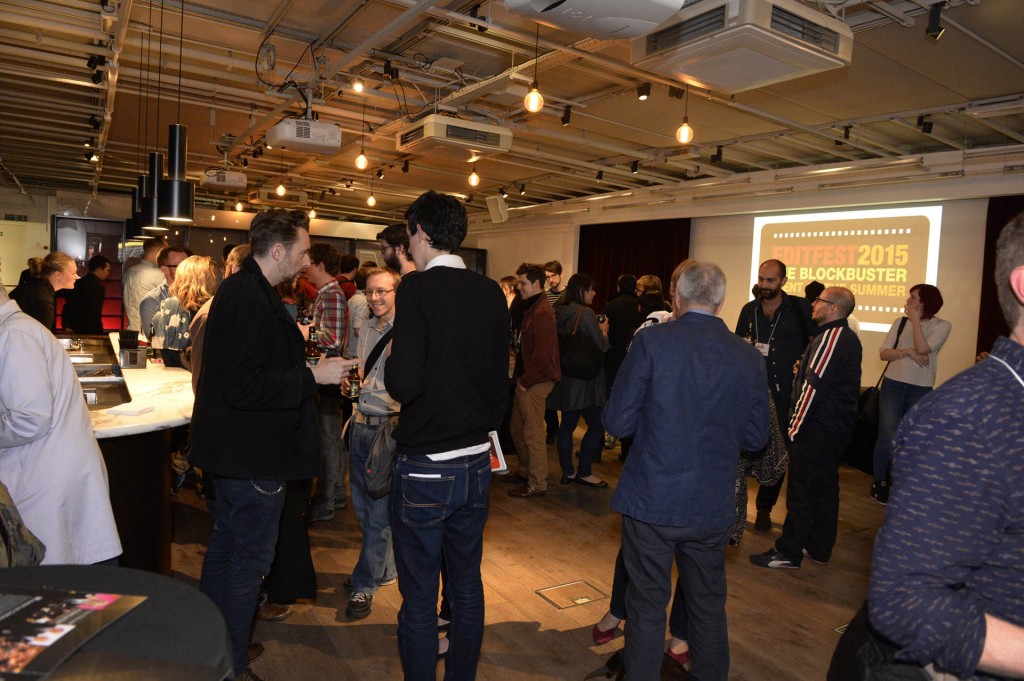 One question from the audience concerned how fluidly an editor might be able to move between commercials, independent feature films and television, as well as between different genres of content. According to Anthony Boys ACE, a highly successful editor of comedy shows such as Veep and In The Thick Of It:

It’s becoming harder and harder to move between genres. I had done a whole bunch of comedy, and some really great comedy and I got onto Dr. Who because a director wanted me. And there was this big conversation about “Can we really bring this guy in if he’s only really done comedy, is he a drama editor?” Which is insane, because any of the editors up here could cut Veep.

Although director David Fincher’s editors Angus Wall and Kirk Baxter have made a successful career of moving between features and commercials — based on their relationship with Fincher, a director who also started out in commercials and music videos — it seems like it’s actually quite a rare feat to pull off. Here’s what John Wilson, ACE had to say about it:

I would say the two disciplines you can move fairly fluidly between is television and features. I would say with commercials, they are very much, in my experience, a sort of closed unit. and you can’t just do an occasional commercial because commercial editors will at any one time have 10-12 commercials on the go, so you can’t just take one off the shelf.

Whatever discipline of editing you want to get into you do need to make motivated choices to pursue a particular direction, otherwise it’s easy to be ‘type-cast’, even if in your own heart. Yan Miles said:

I did commercial stuff before I got into drama. And i did make a decision in my head – If i carry on doing this, this is all I’m going to do and I cannot carry on working for a pack-shot. I can’t. That’s not me… I made a decision to go back into drama, but I didn’t walk in as an editor, I came back in as an assistant and came into the process properly.

To round these thoughts off, Caroline Bleakley shared probably the most practical piece of advice on the subject of moving successfully between editing genres/disciplines: 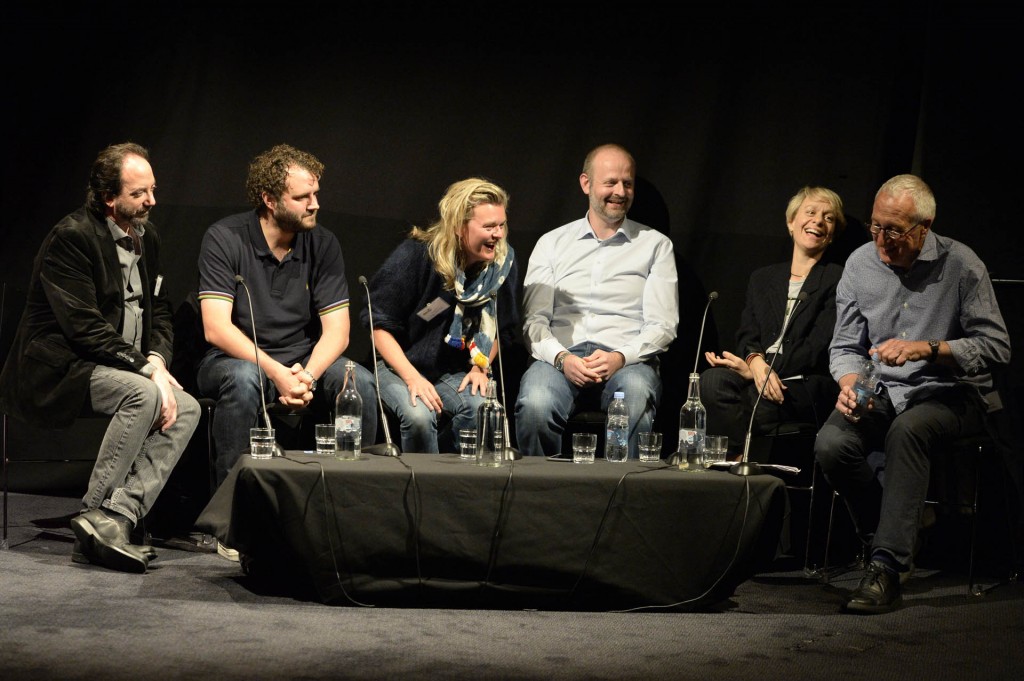 In the afternoon, the panel of film editors offered some great advice about the other 50% of the job as an editor – handling all the people who might end up in your edit suite in a diplomatic fashion. American Cinema Editor’s Vice President and the high-caliber editor Stephen Rivkin (Avatar, Pirates of the Caribbean, Ali) said it best when he said:

Diplomacy is absolutely essential. Your ability to sell an idea that you believe is the right thing to do, to service the story – which is paramount, is everything. Many a battle lost in the cutting room, is perhaps the downfall of a potentially good film. And your ability to convince a director, especially one who has written the material, that it might be a better idea to forgo a scene or a part of a scene, can make all the difference in the world… Communication skills are everything. When I went to film school, the one thing that they did not teach you was psychology, which is maybe the one thing that should have been on the curriculum.

They also covered the tricky and often loaded process of navigating preview screenings and the resulting feedback cards from the test audience. Lisa Gunning said, “I hate it, but it’s really good for the film.” Stephen Rivkin contributed his thoughts:

It’s very important to look at the trends in a preview situation. If a huge percentage feel a certain way about the length or a certain scene. … But it’s such an imprecise science. Every scientific experiment has a control and there is no control. Again be able to convince someone to either test it again, I mean really they should test the same version two or three times, but they don’t because it costs way too much.

It was great to hear that, whether or not your work is being screened in a test-preview with focus groups and score cards, there is a universal method of testing your project’s strengths and weaknesses that we can all take advantage of – watching it with other people. Rivkin continued:

The most useful thing is not the focus group but just sitting there with people. You feel it. That’s all you need to know. How many people are fidgeting around, or laughing – when they shouldn’t be – that happens all the time and that’s terrifying when you’ve got a highly emotional scene and people are laughing through it. That’s the information I need to know as an editor… but if 75% of the people say I got really bored half-way through (which they always do) then you have to try and do something about that.

As a result of many years experience, Rivkin had some great advice on the importance of being a skillful diplomat in the edit suite – largely because the film’s creative success is at stake:

The ability to sell ideas and protect the story. because there are many people involved in the process, producers, executives and many of them after seeing it a number of times, develop a very short attention span. Part of the job besides selling good ideas, is protecting other things from biting the dust that probably need to be protected.

One of the most interesting and unexpected things that came out of the day, was that editing is changing. Visual effects heavy films like Avatar or Gravity – in which almost the entire film is CGI, based on performance capture, are changing the way in which films are edited. First all of the dailies from performance capture reference cameras are edited to create a film in which the sole focus is the performance. This can be a little strange to watch because the camera angles that from reference cameras were filming from bare no relation to what the final shot will be, when the performance is played back into the virtual environment to be captured by the virtual camera.

If you need a bit more detail to visualize this concept, then this Avatar behind the scenes featurette will explain it a little further and allow you to see – if you freeze frame at 2.01 – a shot of James Cameron’s monitor on which you can see the kind of dailies that editors were working with — Largely close ups of the actors’ faces from whatever particular angle they happened to be shot at.

Mark Sanger and Stephen Rivkin’s conversation at Edit Fest London about this kind of work was pretty illuminating, so I’ve quoted some of it in full below.

SR – Imagine the freedom that a director would have to work solely with the actors for the first go round, and not been concerned about about sets, or costumes or make up, or crews, or dolly moves, or cranes or actors not remembering their lines, or hitting their marks – because we only used the very best of the performances for the playback, to shoot the film. So the second go around we’d shoot the film in virtual form, and then do an edit of that.

MS – Having done similar stuff. My thing is that when you run the first past for the studio executives, you have to say ”ignore the camera angles”…  because the first reaction is ”those angles are all wrong.”

SR – Well by the time the studio saw the film for the very first time, it was a mosaic of the intermediate previs stage, which kind of looks like a basic video game, some scenes that were in a finished final render stage, and some scenes were in the performance capture edit stage, and it was amazing to me how the story was still communicated even though you’re just looking at actors in funny suits, and they could still follow the story, and because there was enough of an indication of what it would look like, your imagination could fill in the blanks. And it just got better as it filled in. In the beginning there was a  9 month turn around to get a finished shot. Every two weeks we had to deliver more scenes and feed the pipeline because the turn around was so long.

JW – Was it difficult to be decisive, having almost limitless options?

SR – The scenes would evolve and there was an interaction between the editor and the director that was new.  Because usually we get footage we edit it, we have a relationship with the director where they come in and look at it and say what the hell is this?! What did I do… and they get all depressed. Here we had an opportunity to bring the editor in earlier. Once the capture is done and we’re done with the performance part. Then we had a way to interact on the set while we were doing shot creation. I started editing the shots as they were coming in on the virtual stage, streamed into the Avid.

It will be fascinating to see if this revolution in editorial craft – handling performance capture, re-shooting and re-editing on the fly — will be as impactful as the change from film to digital has been for the creative process. Looking for words of wisdom from some professional editors? Check out the following links.

Any thoughts on the advice shared by these editing big shots? Let us know in the comments below!