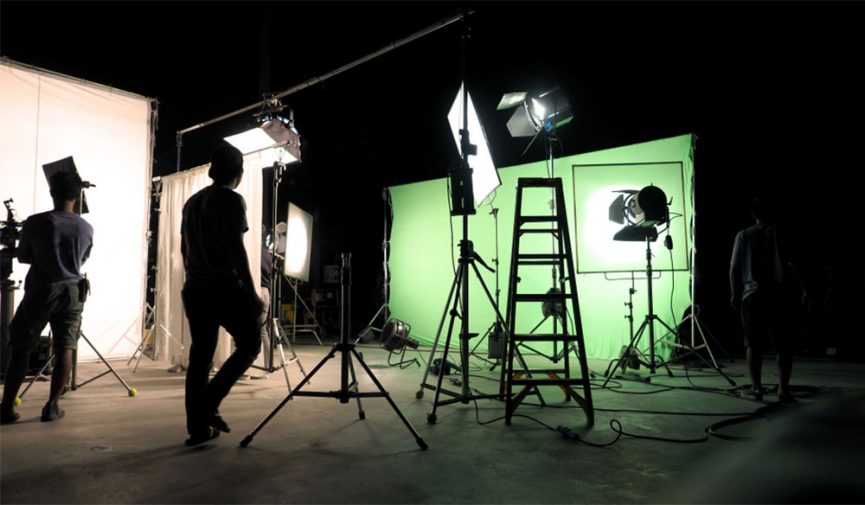 How ProRes RAW Is Going to Change the Way You Work

The new Apple ProRes RAW codec family promises to bring the high-performance, low-data rates of ProRes to your RAW workflows.

If things pan out the way they seem set to, ProRes RAW could change the way independent film and video professionals work for a long time.

In this article, we’ll briefly cover the basics of RAW, how Apple is attempting to streamline this with their new ProRes, and what that means for you as a filmmaker. 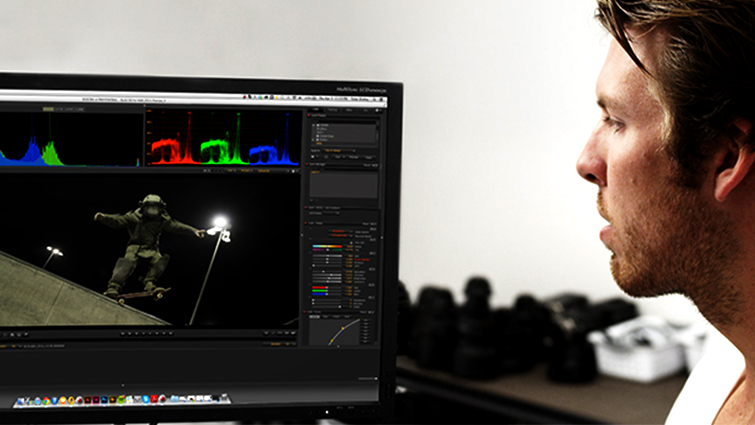 The first thing to know about the myriad of “RAW” and “RAW-like” codecs is that each of them sets out with the same goal in mind: to record full or near-full sensor readout without encoding any user-defined settings in the footage. This information — such as ISO, white balance, and color space — is saved in a separate metadata file to be used in an NLE.

Because of the amount of information contained within the files, working with RAW footage is slow and cumbersome on all but the most capable machines. To offset this disadvantage, proxies are rendered for editing before being replaced with the original footage for effects and mastering.

For productions with the means, the quality and flexibility offered by RAW often outweigh the costs of handling the footage.

Now let’s see what Apple is bringing to the table.

What Is ProRes RAW?

ProRes RAW, which will come in regular and “HQ” varieties, will offer all of the amazing benefits of imaging in and working with RAW without its primary drawbacks of massive file sizes and lagging playback performance.

In the ProRes RAW Whitepaper released in April, Apple claims that ProRes RAW will have data rates that fall between ProRes 422 and 422 HQ, while ProRes RAW HQ’s will be between 422 HQ and ProRes 4444. 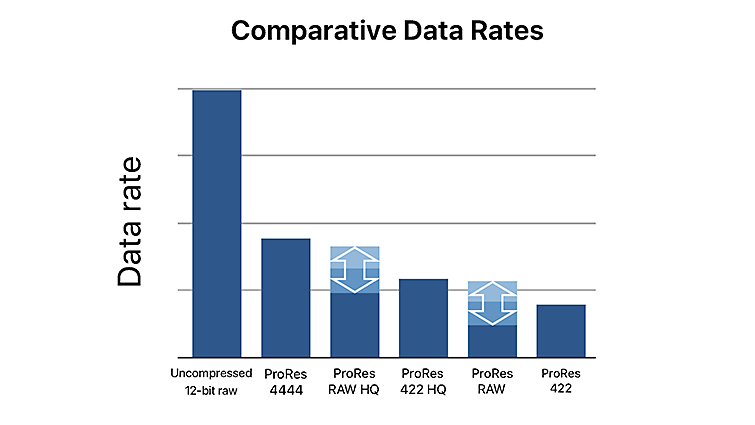 422 and 422 HQ have long been a high-quality proxy codec. If their claims hold, we’re trading old, cumbersome RAW for something with virtually identical image fidelity but at proxy data rates and file sizes.

All right, Apple. What’s the catch?

It appears that Apple is at least temporarily reserving ProRes RAW support for the FCPX ecosystem, isolating non-mac OS users until further notice.

History seems to be repeating itself. Apple pulled a similar move with the original ProRes, sidelining it as a post-only codec. After Apple opened up multi-platform support, it quickly became an industry-standard codec for post and eventually in-camera recording. Multi-platform support is coming, as long as Apple intends for ProRes RAW to shake up the industry like its predecessors.

How ProRes RAW Will Change the Way You Work

The first change from traditional RAW workflows is simply the speed with which the footage is handled in camera and in post-production.

Apple is promising speed increases in orders of magnitude greater than anything similar on the market. This means that simultaneous video streams, exports, renders, and anything else you do with ProRes RAW is going to feel like you are doing it on an upgraded computer.

Note, however, that (at least in FCP) much of the image processing of ProRes RAW is offloaded to the GPU (graphics card). Other programs might allow CPU processing, but until Apple opens the codec up, all is speculation. No matter what, a GPU is essentially required to process ProRes RAW. This limits many laptops and a good percentage of desktops in the wild. For most professionals working with the codec, however, this is a non-issue. It’s something to keep in mind as long as sky-high GPU prices hold.

The second big improvement of note comes in ProRes RAW’s non-“Rate-Controlled” data stream from the sensor. This is a first for any variety of ProRes. 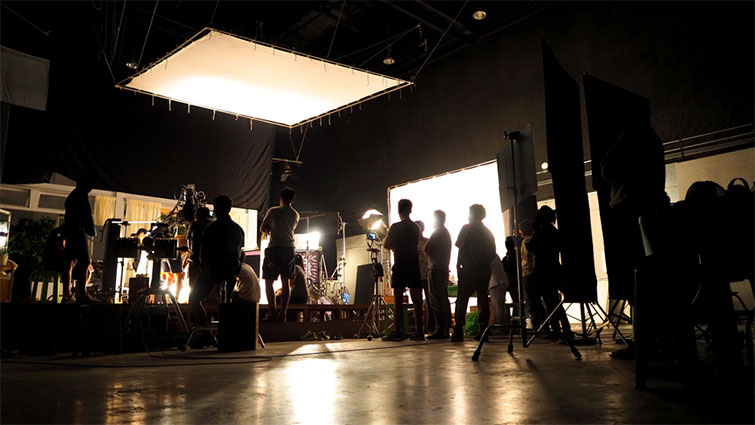 “Rate Control” is essentially the data ceiling of a codec. If the sensor is sending more information than this cap, the image is compressed, resulting in lost data and artifacting.

Removal of this bandwidth ceiling means that no information is thrown out with ProRes RAW. If the data stream from the sensor increases, so does the bitrate, maximizing image fidelity.

So it looks like RAW workflows just got much faster while retaining their master-quality images.

Without a doubt, the ProRes codec family continues to streamline the video and film industries. There is no reason to think ProRes RAW will be any different.

What It Means for Filmmakers

Beyond simple gigabytes and megabits per second, ProRes RAW has the potential to eliminate the need for proxies. This will depend on the needs of each production, but it’s a huge development, especially for DITs, assistant-editors, and everyone else who works with the footage on set.

The lack of a need to store and work with proxies is a dream for archiving completed projects. Working with, storing, and coming back to projects using ProRes RAW will be seamless. No re-linking necessary.

The lightweight nature of the codecs also opens up possibilities for future minimization and streamlining of cinema cameras — similar to what previous ProRes codecs have done. Adopting a more open licensing policy with ProRes RAW could herald another new wave of cinema cameras, shattering price floors. 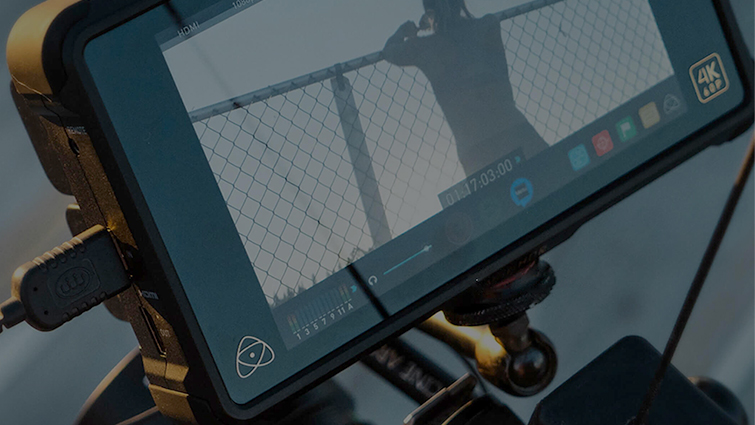 We can already see the history of ProRes repeating. Atomos, is already shipping their $1,300 Shogun Inferno and $2,500 Sumo19 with ProRes RAW recording capability.

ProRes RAW has the potential to do more than simply speed productions up. Faster data processing and file sizes mean more time shooting, which means more time to craft the narrative and the visuals of the project on set. Lighter digital footprints make it easier to move the project along to different people, departments, and companies. On both fronts, this new codec streamlines the process and offers greater flexibility and creativity.

It also stands to bring higher-quality, smaller, and cheaper cinema cameras to the market.

Sounds pretty great to me.