Take a ‘Time Out’ to Boost Your Creativity

If you want to maintain your creativity, you’ve got to learn to stop. Here’s a few inspiring ideas on how to make that happen.

In the modern digital world that we live in, there seem to only be two binary states of existence. On or off. But mostly it’s about always being on.

Work emails come through at any and every hour. Social media provides a constant deluge of updates, links and information. There’s always more to take in, absorb and keep up with. But humans aren’t made that way. We’re analog creatures. Our design is such that we have a built-in rhythm that we can try to fight but we will never conquer. We need to stop to eat. We need to stop to sleep. We need to stop when we get tired. Embracing these rhythms will help you to maintain your creativity and productivity in the long run, rather than burning out early.

Why you just need to stop

The idea that resting as an integral part of life is not a new one. In the book of Genesis in the Bible, God ‘rests’ after he creates the universe and everything in it. The modern western weekend is an outworking of the Judeo-Christian idea of ‘Sabbath’ – taking a day off to rest. Jews take it on Saturdays, Christians on Sundays, so everyone else takes both and as they say on Arrested Development ”Well, that was a freebie.”

However you look at it, you’ve got to take time off to rest. Creativity doesn’t function as a constant unstoppable flow. There is a rhythm to it and you’ve got to respect that. The best directors I work with stop working when we’ve gotten a good amount done and we’re tired, rather than demanding we slog it out till the hours are done. Work should be about achieving great results, not slavishly being strapped to a treadmill watching the clock. Not working is a vital part of working well.

For some inspiration on what this could look like in your professional life check out designer Stefan Sagmeister’s TED talk below. Every seven years Stefan shuts down his entire studio and he and his team take a year off to recharge and explore. That’s taking the idea of a Sabbath to an extreme but Stefan argues that its a hugely productive thing to do. Sagmeister also has one the best websites ever – the whole homepage is a live webcam-bird’s-eye view of his studio in New York. 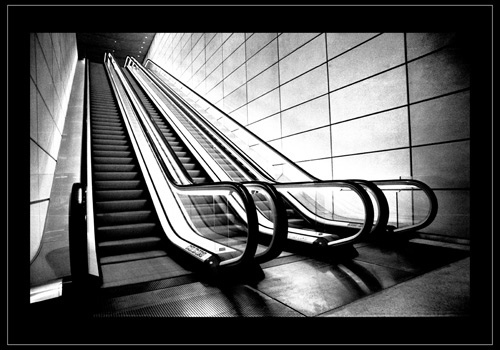 There’s an important part to stopping which involves not just not working, but not doing anything. Empty spaces in our lives can quickly get filled up by so many quick distractions (when was the last time you didn’t flick through Twitter on the toilet, or rush up an escalator instead of standing?).  These empty moments are moments where in the static silence of our lives, ideas can suddenly spring upon us.

The old adage of going for a walk when you’re stuck on a problem is true. After a while these ideas can bubble up at random times. The most effective way to capture these is with a good old pencil and paper. But without the empty space, there’s no room for these ideas to emerge. 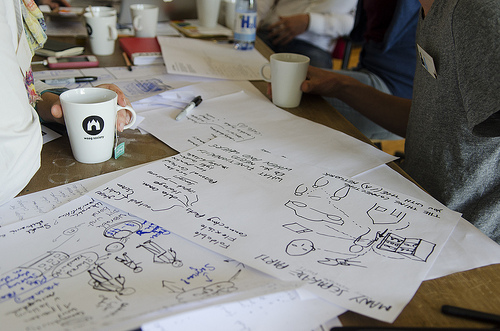 Author Steven Johnson in his book Where Do Good Ideas Come From talks about the fact that ‘chance favors the connected mind’, that we often have part of an idea and someone else has another part and when those ideas collide we come up with something innovative and amazing.

So we need to stop working and start talking, start connecting with other people’s ideas. Shooting the breeze with other creatives about this and that and nothing in particular, is a really important part of generating fresh collisions of ideas and fresh perspectives. Sitting around chatting over coffee isn’t work. A lot of creativity can come out of those conversations. If you don’t make time to hang out, relax and let conversations wander you’ll be limiting the possibility of your ideas colliding with others…and who knows what you might miss as a result.

What do you do to keep your creativity fresh?
Share your thoughts/advice/experiences in the comments below!
e w
More articles from this Author