Although some individuals may not immediately see great value in memorizing shortcuts, for a professional editor (someone that spends most of there days buried inside Final Cut Pro or another NLE), knowing application shortcuts will drastically speed up your workflow over time. Faster workflows equal faster project turnaround. Faster turnaround equals the ability to work on more projects and make more money…something that everyone can certainly see the value in! Now, on to today’s shortcut….

Here’s one trick that every Final Cut Pro editor should commit to memory:

When you need to create a freeze frame in a flash, do it with a shortcut: SHIFT + N

The Shift + N freeze frame is one shortcut that I find myself using on a daily basis. Freeze frames are useful in extending a video clip slightly (which is often the case when someone prematurely stops recording) or to “pause” a video during playback to emphasize a point. But of course, these are only two examples of the countless ways freeze frames are utilized in video editing.

One thing I really like about this shortcut is it’s versatility. It can be used with either the FCP Canvas, Viewer or Timeline as the active window. Although it’s pretty simple to execute, let’s break down how to effectively use this step-by-step…. 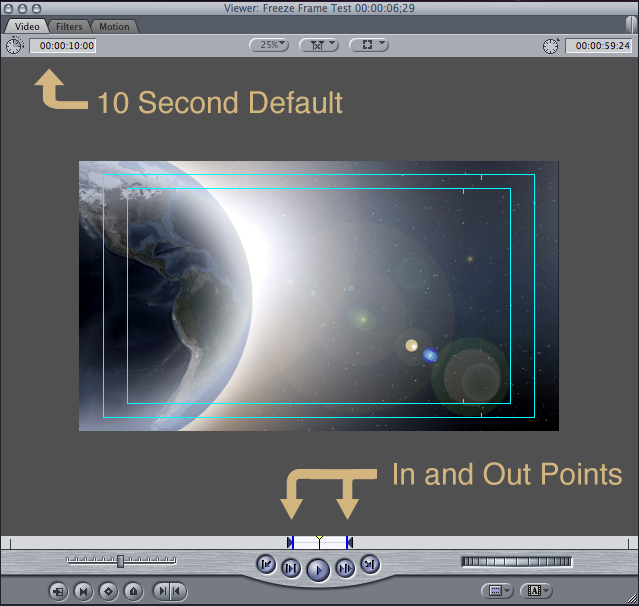 Using freeze frames is a common editing technique… so when you do it, do it right! Save time and increase efficiency by using the Final Cut Pro freeze frame shortcut: SHIFT + N!