Look at the very simple adjustment below. First is the original and its RGB parade: 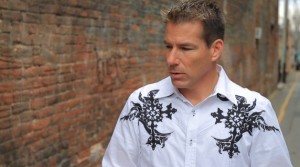 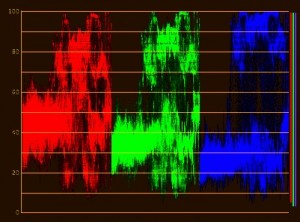 When you add a little bit of blue into the shadows, look how the image and the RGB parade respond: 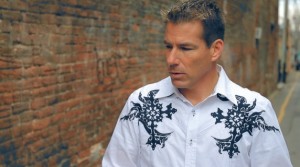 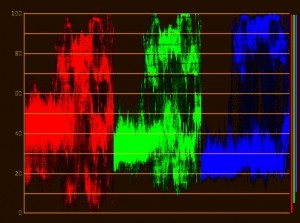 You’ll notice that the blue channel has been lifted – blue has been added into the image (look at the hair closely). The shadows on the image look pretty terrible, don’t they? The addition of blue has also lifted the black point of the image.

Here’s a more extreme example for you you compare to the original image and parade: 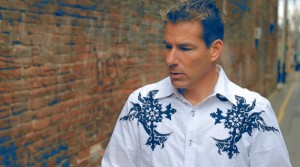 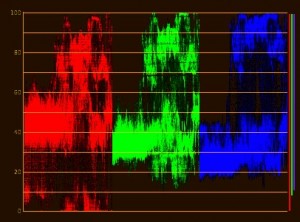 Nasty stuff. Yes, you can make adjustments to the other controls to make it look a little better, but it takes a lot of work with minimal results.

Now look at how a subtractive color corrector works. In this case, I used Colorista Free by Red Giant Software. It’s a great color corrector, FREE, works on a ton of platforms, translates to After Effects, and it’s pretty much my default NLE color corrector when I don’t want to go into a full-fledged grading program.

We’ll add a little bit of blue into the shadows like before: 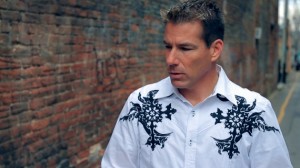 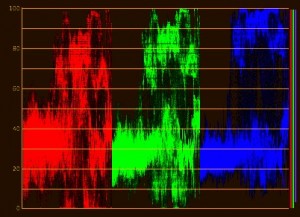 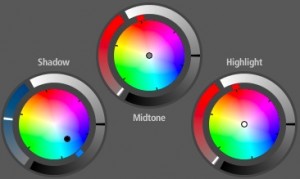 Notice how much more pleasing the results are compared to the additive corrector. Also notice that the blue channel in the parade pretty much stayed the same, and the other channels went down. That’s how a subtractive color corrector works: instead of adding the color you want into the shot, it takes away the opposite color (or really amount of the red, green, and blue that make up the opposite color).

Here’s an even more extreme example with Colorsita. Yes, the shot starts to get a little dark, but you still have a real black point, so you can just lift the shadows a bit to correct while keeping the pleasing look: 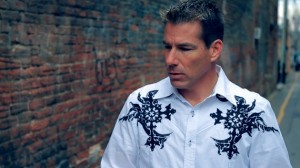 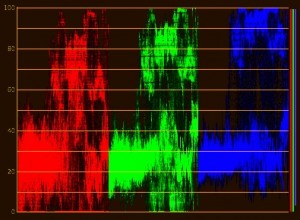 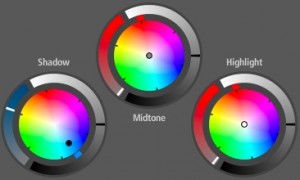 If you have a choice, you’ll find subtractive color correctors much more pleasant to use with better results in less time. It’s a no brainer when getting fast grading results in your video editing projects!

What kind of color correction filter do you use?
Share your thoughts and advice in the comments below!