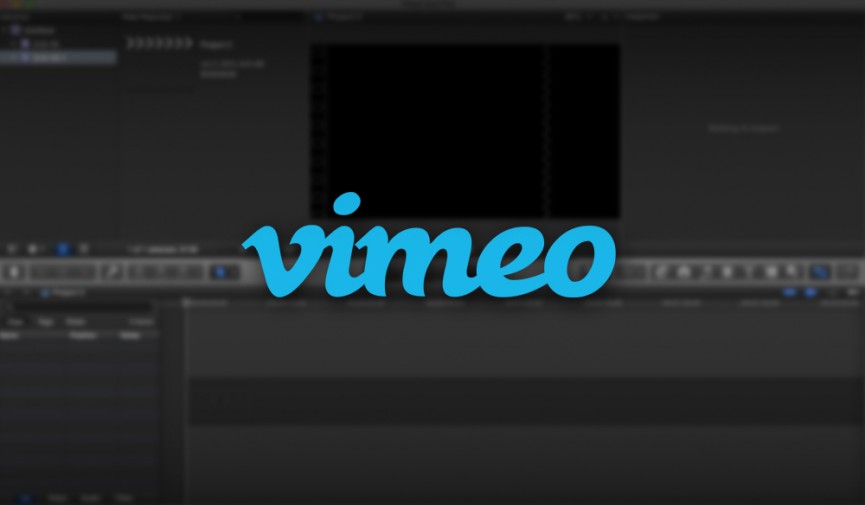 Ready to master Final Cut Pro X? Dive into this exhaustive tutorial series by Vimeo Video School that covers everything you need to know about FCPX.

Final Cut Pro 7 released in 2009 to wide acclaim and support from the editing community. Apple stopped support for the NLE only one year later and released Final Cut Pro X a year after that. With the release of FCPX, editors and professionals all over the world panned the software. Many felt it was too limiting and too “dumbed” down. Now, four years and 12 updates later, FCPX has become a fully legit NLE that’s used to edit big budget motion pictures like the recently released Focus, starring Will Smith.

For a broader view of the differences between Final Cut Pro 7 and FCPX and a look at why editors should consider FCPX, check out this article from Larry Jordan.

With all of his firmly in mind, Vimeo Video School developed an in-depth series of tutorials for FCPX from starting a new project to exporting that project for distribution. Let’s get started and learn how to master FCPX.

In this first tutorial, we get a formal introduction to FCPX and the question is posed to us, “Ready to conquer the complex world of film editing?” Yes. Yes, we are. Let’s get going.

Next up, we get a lay of the land and learn everything we need to know about the interface. From the available tools to the streamline functionality, Vimeo gets us ready to tackle any job.

Now that we have a basic introduction and we know the ins and outs of the interface, we’re ready to get started. In this episode, we learn how to properly and easily import our footage for editing.

So, we’ve imported our footage and we’re ready to start editing. However, let’s take a minute to analyze the footage and add meta data and keywords to our clips to help streamline the editing process.

We have our footage imported and now it has meta data and keywords attached. Now we need to organize all of this by compiling clips into libraries, events, and projects. This will help create Smart Collections, thus making it easier to add and search for footage later on.

All of our meta data and keywords are added and our Smart Collections are definitely making things easier. Now were ready to review some of that footage. So, in this episode we’ll learn about playback and skimming.

Now that you know how to review, playback, and skim through your footage, let’s start dropping it into the timeline. In this episode we’ll learn the process of starting our edit and how to use the timeline effectively.

We’ve browsed our media and we’ve dropped footage into the timeline. Now let’s drop some markers. Markers can be used to add notes, reminders, and chapter separations in order to further streamline the process.

So you have your footage inserted into your timeline and you’ve begun your edit. However, we can’t forget about audio. So, in this episode we learn how to mute, solo, fade, and adjust the levels of our audio.

10. Editing Video in the Inspector

Our clips are in the timeline and our audio levels are good to go, so let’s look at the abilities of the inspector. In the inspector we can adjust effects, add keyframes, rotate or crop our clips, as well as adjust the size and color correct.

11. Editing Audio in the Inspector

Now that we know how to edit and adjust our clips in the inspector, let’s look at doing the same for our audio. In this episode we learn that you can do just that. Auto-enhance your audio, apply presets, and make manual adjustments.

Your project is coming together and we have a nice timeline going, but it’s missing something: music and sound. In this episode we learn how to add music, sound effects, record voiceover, and import projects from GarageBand and Logic Pro X.

We have all of our footage, audio, music, and sound fx in our timeline. However, all of our cuts are harsh. Let’s learn how to browse through transition options and make moving from one clip to another smooth and easier to watch.

Your transitions are added and you’re ready to add the final finishing touches to your project. Here we’ll learn how to jump back and forth between the effects browser and inspector to adjust color presets and how to use the keyer effect.

We’re getting ever closer to exporting our project, but now we need to know how to add text or a title for the project. In this episode we learn everything we need to know about creating titles, captions, and credits inside FCPX.

Do you have still photos that you need to add to your project? Well, in this episode we learn how to crop, trim and add the always popular Ken Burns effect to our images.

17. Exporting and Uploading to Vimeo

We have finalized our edit and it’s ready to be distributed to the masses. In this final episode we learn how to export our project easily and get it uploaded to Vimeo within a matter of minutes.

Are you a new Final Cut Pro X user? Did these tutorials help you learn the software? Let us know in the comments below.