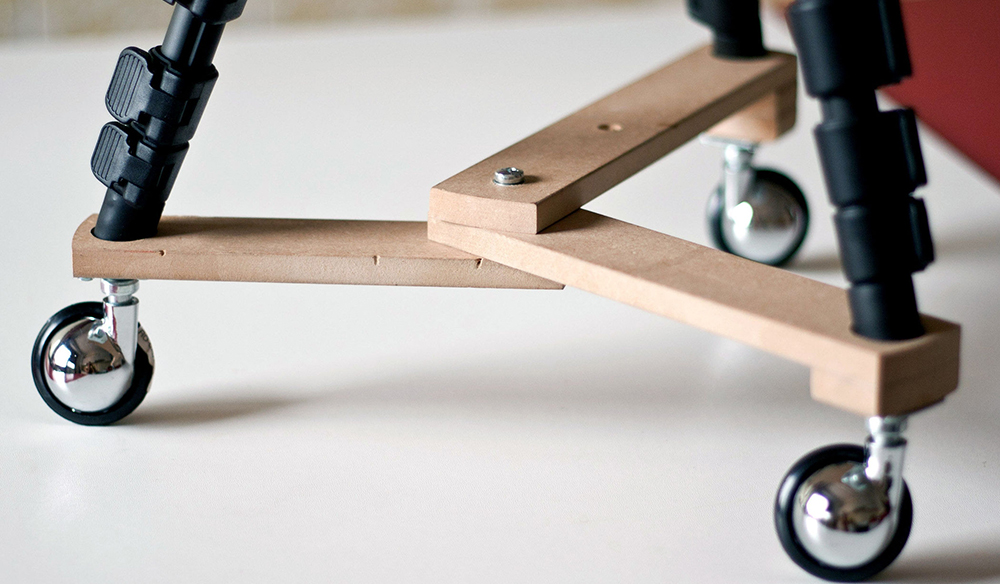 Is your tight budget preventing you from pulling off an epic dolly shot? Try one of these cheap DIY dolly options to get your shots rolling.

When first starting out in filmmaking, you traditionally learn camera movements based on working with a static tripod. Pans and tilts are your best friends, as they can require minimal investments in gear and crew.

Once you’ve grasped the basics of filmmaking, the natural next step is to explore camera setups that allow you to experiment with new moves and capture footage in more interesting ways — and that’s where the dolly comes in, adding a whole new level of sophistication to your shots.

If you’re working with top-of-the-line gear and looking for long, flawless dolly shots, there are plenty of options out there for you to consider. However, if you’re looking for something quick, cheap, and fun, then check out this collection of ten cheap DIY dolly options.

As classic as they come, the PVC track and tripod dolly is cheap, simple, and surprisingly effective. Using this tutorial from Knut Uppstad, you can follow his outline to build and tweak your own for your next project. Here’s what you need:

In this very DIY video on DIY dolly-making, you can learn how to make a (more or less) $8 trackless floor dolly for multidirectional moves. The two-by-four-based design is quite open-ended, as you can work with whatever you have available. Here’s what you need:

In this vintage Film Riot video, the guys show you how to make a slightly different version of a PVC dolly track for your tripod. Their video, which gets started at the 3:41 mark, breaks down the several dos and definitely-don’t-dos to hardware safety, along with some examples of how to use the dolly. Here’s what you need:

Another (slightly heavier) option from Tom Antos utilizes a sturdier dolly track which allows the camera operator to sit on the dolly and control the camera up close. It’s a little bit more of an investment in parts and size, but if you’re interested, here’s what you’ll need:

If you’re going for small and cheap, the Desktop Dolly is a great option for a GoPro. The aptly named DIYGoproguy shows you how to make a very smooth rollerblade and PVC based desktop dolly which can work with PVC runners or on hard surfaces by itself. Here’s what you’d need:

The scrappy team at 2D House offers up schematics to build a small, low-profile DIY camera dolly with an attached tripod head. Their plan, similar to the other PVC runner styles, is a little more lightweight, so it’s less ideal for a heavy rig setup. Here’s everything you should need for their dolly:

The guys at Film Riot are back on the list, this time with a different angle on DIY dolly setups. In their quick tip guide, they break down several household items which can be used as makeshift or fill-in dollies in the right situations. A few of their suggestions include:

Continuing in the household item theme, the team at WondershareStore has a few suggestions for getting your tripod moving without an expensive dolly setup. Here are three tips you can try with some small and cheap items you may already have at your house. Three options to check out in the video are:

Want to get fancy? Want to get extremely DIY about things? This is the project for you. This DIY automated track dolly presented by The Ben Heck Show is an in-depth undertaking for the electrically inclined.

Not to be outdone by a motorized dolly, the guys at My PlayHouse have cleverly developed a creative, practical way to create a curved track dolly which can go in a full 360-degree circle. While the needs for curved dolly moves may be few in an ordinary shoot, if the need should arise, the method is a solid DIY option.

Which DIY dolly option is your favorite? Got any DIY ideas of your own? Let us know in the comments below!