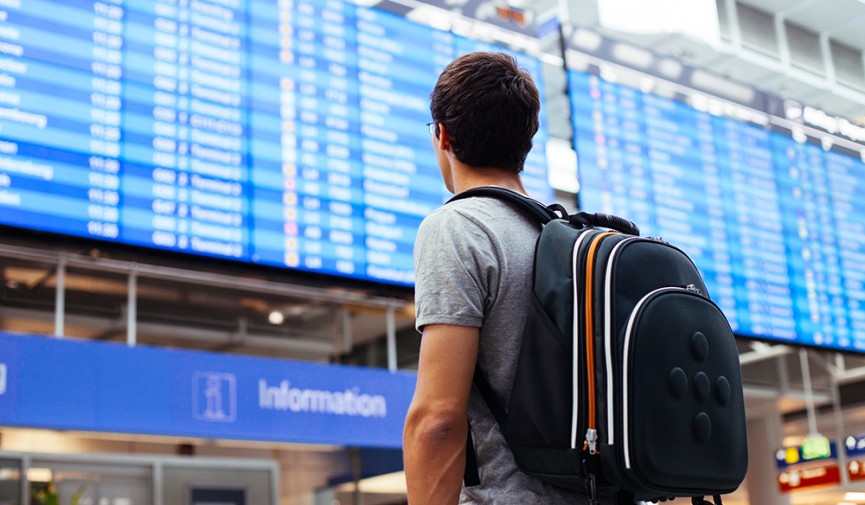 Being a filmmaker has its advantages and disadvantages. For instance, many filmmakers have the opportunity to travel, which is a plus. Of course, the downside to this is the fact that you have to pack a ton of expensive gear. With that in mind, I thought it was about time that I share some traveling tips that I’ve learned from other filmmakers and from my own experiences.

Also, before we get started… traveling as a filmmaker isn’t just flying from state to state or country to country. No way. Travel can also mean packing your gear into your SUV or car and heading out across the country, down the highways and byways of these United States. Because of this, we’re going to cover some tips for both flying and driving. So, buckle up let’s get rolling.

Tip #1: When flying, never check in your camera and lenses.

This is the most important tip I think I can give you. When flying, never trust the airport to handle your camera and lenses. Instead, utilize the ability for carry-on and bring these pieces of equipment along with you. In the past, I’ve packed my camera and lenses down to just one CineBag backpack and that worked great for me. There have been times when I was traveling with my crew and we were able to utilize not only my two carry-ons, but my crews as well.

It’s okay to check-in tripods and other gear, just be aware that if you use a Pelican case, it’s automatically going to get flagged at the airport. Be sure to leave enough time for this inevitability. Also, it’s wise to have a checklist of all your gear. A simple Excel spreadsheet will suffice. If you don’t have a solid camera backpack, then head over to B&H Photo and check out the CineBags CB-25B. (Pictured Below) 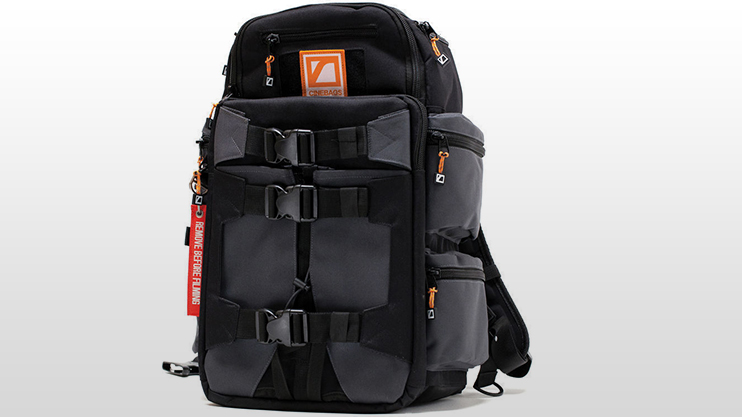 No, this isn’t a plug for State Farm or AllState Insurance, but it should be. In reality, no matter if you’re traveling or just filming locally, you need to have your gear insured. Take it from me, as someone who has traveled for a film shoot only to have some random guy nab our lens bag, this is vitally important.

For insurance, you have three lines of defense. The first is homeowners insurance. That’s right, if the equipment is yours and you own a home, then whatever is in that home is covered. Of course, there are loop holes in this and the insurance company will use them. Next is to have insurance as a small business. This is the route that I take, since I have my own production company, and it’s great — but this might not work for everyone. So, your third option is to go with a company like Front Row Insurance. Companies like this have been in the business of insuring gear for a long time. Just beware of imitators, and reach out to fellow filmmakers to find out who they’ve used and their experiences. 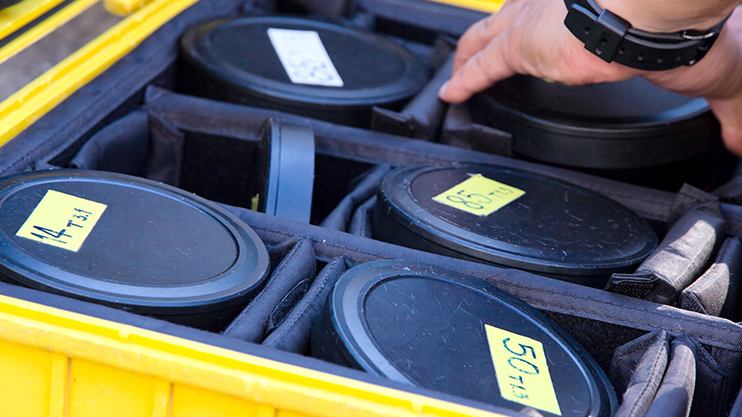 Tip #3: Scout your location ahead of the travel date.

With the entire world readily available at your finger tips, it’s exceptionally easy to be completely prepared for a filmmaking trip. When I traveled last year for different documentary film trips, I spent time planning out the trip and looking at the locations where I would be. To do this, I used Google Maps and Google Earth to scout locations near Boston and Providence, as well as spots near Seattle. Doing this in advance saved me loads of time when I finally got on the ground.

Also, be sure to know your environment and what you are shooting and then plan accordingly. For my trip to Seattle, I knew I would be pretty much centrally located in the downtown area for my entire trip. So, I arranged to take the train from SeaTac into downtown and saved myself some cash by not needing a rental car. But then, when I took my film trip to Boston, I knew that my crew and I would need to move from Boston to Providence and several other places in between. I rented a car in Boston where we flew in and dropped it off as we departed five days later. 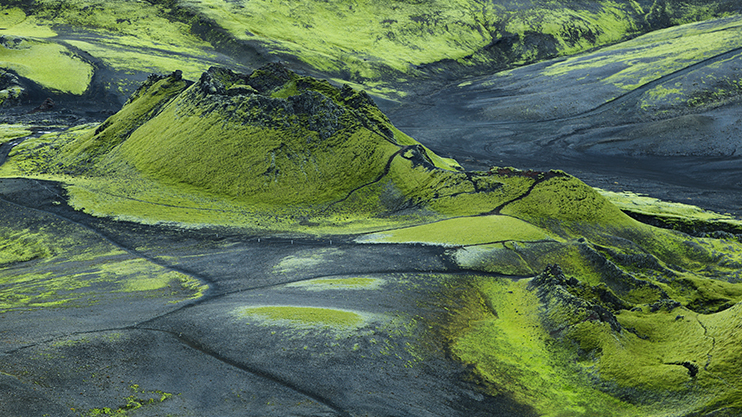 Tip #4: Bring double and even triple batteries and storage media.

When you’re traveling, be sure to pack extra storage options and batteries. I’ve been on some film shoots where we were filming a nature documentary and the closest town or village was nearly an hour away. Knowing this, we took extra SD Cards and batteries for our Canon 5D Mark IIIs. Not doing so would have led to disaster, as we ended up being at the location for around nine hours.

Not only did we have enough battery life and storage for the shoot, we had enough to replace two bad batteries and one corrupted SD card. By planning ahead and being overly cautious (and knowing we would be in the middle of nowhere), we were prepared for those situations. This advice will also come in handy if you do any film work overseas, because take it from me… when you’re in a country like India or Cuba, you can’t just run over to Best Buy to pick up an new battery and SD card. 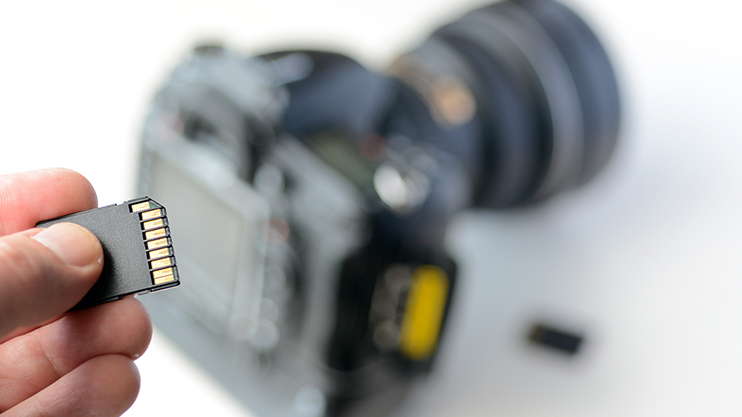 Tip #5: Make sure your documents are in order.

While this tip is primarily for those traveling abroad, it’s of vital importance to every filmmaker. Your passport is key to you becoming a filmmaker abroad. But you also need to be fully aware of the travel alerts and warnings of your final destination, as this may require a little more documentation from you. This documentation may include but is not limited to passport, travel visa, immunization records, and medical information.

A close filmmaker friend of mine recently went to Lebanon and Palestine to film a documentary. During her trip she was required to have all of these listed documentation above in order to gain access to these countries. So again, plan ahead and look into the document requirements of your destination. A great resource for this is the US Department of State: Bureau of Consular Affairs website. 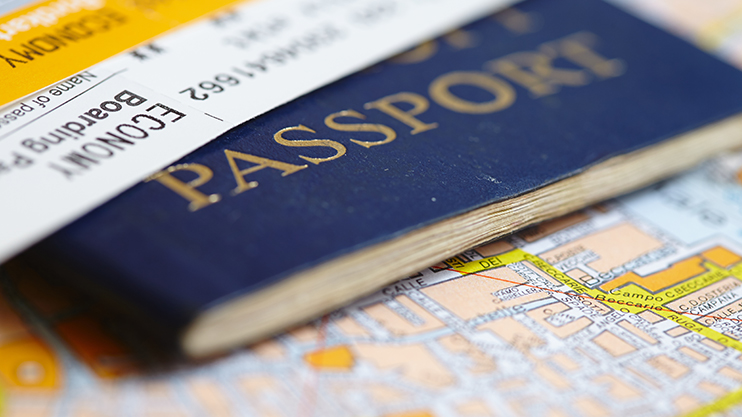 Want more filmmaking tips? Of course you do! Check out these articles from PremiumBeat.

Have you had to travel recently for a film job? What was your experience like? Do you have other tips to add? Sound off in the comments below.