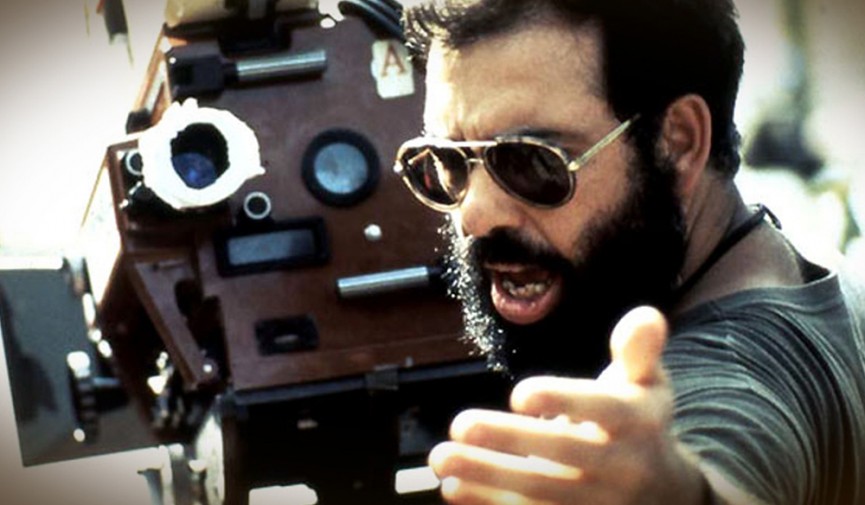 Many of the most iconic films in history have extremely captivating stories behind their production. Here are five of our favorite behind-the-scenes documentaries.

Top Image via “Heart of Coppola”

We’ll start with the origin story of arguably the most iconic film and movie franchise of all time, Star Wars. Kicking off at the start of George Lucas’s career, this consistently enthralling documentary follows the seemingly futile, heart attack-inducing production of his brainchild, from inception to release.

While it focuses primarily on the unrelenting problems that the original film faced, Empire of Dreams also highlights the ensuing cultural impact of Star Wars and the imaginative processes behind its two sequels. Whether you’re a fan of of the franchise or not, this is a moving documentary that proves persistence can prevail, even in the most dour of circumstances.

Chronicling the vast production of Ridley Scott’s undeniable masterpiece, Blade Runner, this lengthy and thorough documentary investigates every detail of what brought about such an influential, thought-provoking film. At three-and-a-half hours, this is one of the longer behind-the-scenes features out there, but it’s all the more welcome when you consider Ridley Scott waited over two decades to lift the film’s curtains of fiction.

From technicalities like set design and filming techniques, to the more personal snippets like cast and crew interviews, Dangerous Days leaves little to be desired for sci-fi fans.

While many of these behind-the-scenes documentaries showcase the events that led to the success of their subject film, some, such as this one, reveal the events that led to the demise of someone’s passion project. Comprised mostly of interviews with acclaimed cult filmmaker Alejandro Jodorowsky, Jodorowsky’s Dune divulges his failed dream of bringing Frank Herbert’s sci-fi classic novel, Dune, to life on the big screen.

Prior to its demise, this elaborate venture brought together many of most influential visionaries of the mid 1970s. With acclaimed talents such as Orson Welles, Mick Jagger, and H.R. Giger involved, this undertaking held great creative potential, which was later distributed amongst succeeding sci-fi hits such as Alien, The Terminator, and even Star Wars. You may not completely buy into Jodorowsky’s psychedelic and far-fetched vision, but you’ll likely enjoy the “what ifs” that are so prevalent throughout the film.

Contrary to most successful behind-the-scenes documentaries, Best Worst Movie is actually about a terrible movie. In fact, Troll 2 was long considered the worst movie of all time — until it became a cult classic due to its sheer hilarity.

Told from the unique perspective of the now-adult Troll 2 child actor, Michael Stephenson, Best Worst Movie explores the interesting backstory of how the movie came to be and how its various participants handled critical response throughout their careers. A different look into the world of Hollywood, this more personal story of overcoming negative feedback is worth the watch.

Hearts of Darkness: A Filmmaker’s Apocalypse (1991)

The epitome of the calamity-turned-magnum opus, Apocalypse Now made the production hardships of the average blockbuster seem trivial in comparison. A thrilling tale of artistic uncertainty, determination, danger, and madness, Hearts of Darkness: A Filmmaker’s Apocalypse tells of Francis Ford Coppola’s struggle to overcome insurmountable odds and create a war epic unprecedented in scale.

Reflecting the tone of the film itself, this documentary provides a gloomy-yet-somewhat-heartening look into one of the most disastrous motion picture endeavors of all time. If you seek pure motivation, look no further.

Understanding the mass effort involved in any given movie can lead to increased appreciation for it, and these are among the best examples of that sentiment.

What other behind-the-scenes documentaries have reinforced your passion for cinema? Let us know in the comments below.