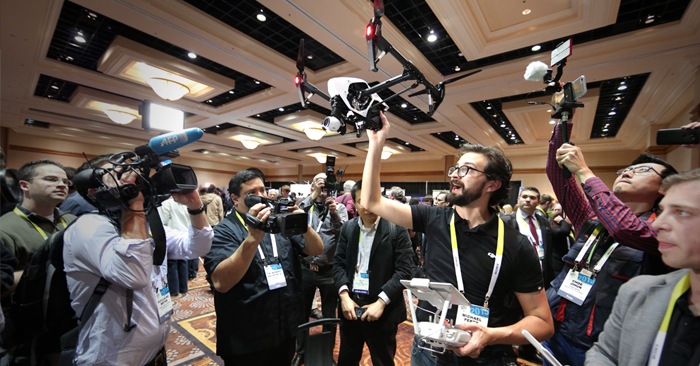 5 Trends That Filmmakers and Video Pros Should Be Following

We take a look back at the 2015 Consumer Electronics Show and present you with 5 products and trends ever filmmaker should be aware of.

[Above image from CES]

CES 2015 just wrapped up. For those unfamiliar, CES (the Consumer Electronic Show) is Vegas’ largest convention of the year, a massive expo that showcases the latest gadgets and technology from around the world. This year was a whirlwind of wearables, VR, 4K and drones…they were everywhere. We took a big picture look at CES and narrowed down the 5 things from the show floor that every filmmaker should be paying attention to.

The showing of video drones was in full force, for both consumer and professional usage. DJI showed off the new 4K Inspire 1 which is listed at $3399 – sure to be a popular choice with professional filmmakers and video producers.

Check out this video from Linus Tech Tips for a short review of the Inspire 1:

Other newcomers to the video drone market are AirDog and the HEXO+, both ‘smart-flying’ Go-Pro mounted drones that automatically follow the operator…no remote control needed.

See the HEXO+ in action:

Although GoPro was rumored to announce a GoPro at this year’s CES, it didn’t happen. “We are not announcing or showing a drone at CES,” says Kelly Baker, GoPro’s director of media relations. We’ll be curious to see if this announcement is made at the 2015 NAB Show (in April).

For filmmakers, this may be one of the most interesting showings at CES. Essentially DJI has taken their drone technology and packed it into a small handheld unit. While not as robust at their Ronin 3-Axis, this handheld system records in 4K and produces a nice, smooth image. While a camera like this doesn’t have the dynamic range that a true A camera does, it should offer enough dynamic range to be used for 2nd Unit work or B-roll.

Here is a great introduction to the Inspire 1 Mount by Tested:

3. Move Over 3D, Virtual Reality is Going to be the Next Hollywood ‘Gimmick’

VR is coming mainstream, and while it’s being lovingly embraced by the video game community, the film community hasn’t adopted it in the same way. The one big challenge I see with VR is the fact that our eyes naturally pull things in and out of focus as we dart them around an environment. Ars Technica did an article this past August detailing the image delay in the Oculus Rift, an issue that gives some users VR Sickness (similar to motion sickness). However, there is word that both Oculus and Sony (who is developing the Morpheus) are closer to solving the VR Sickness issue. If this proves to be true then we could be entering into a new wave of immersive cinema. 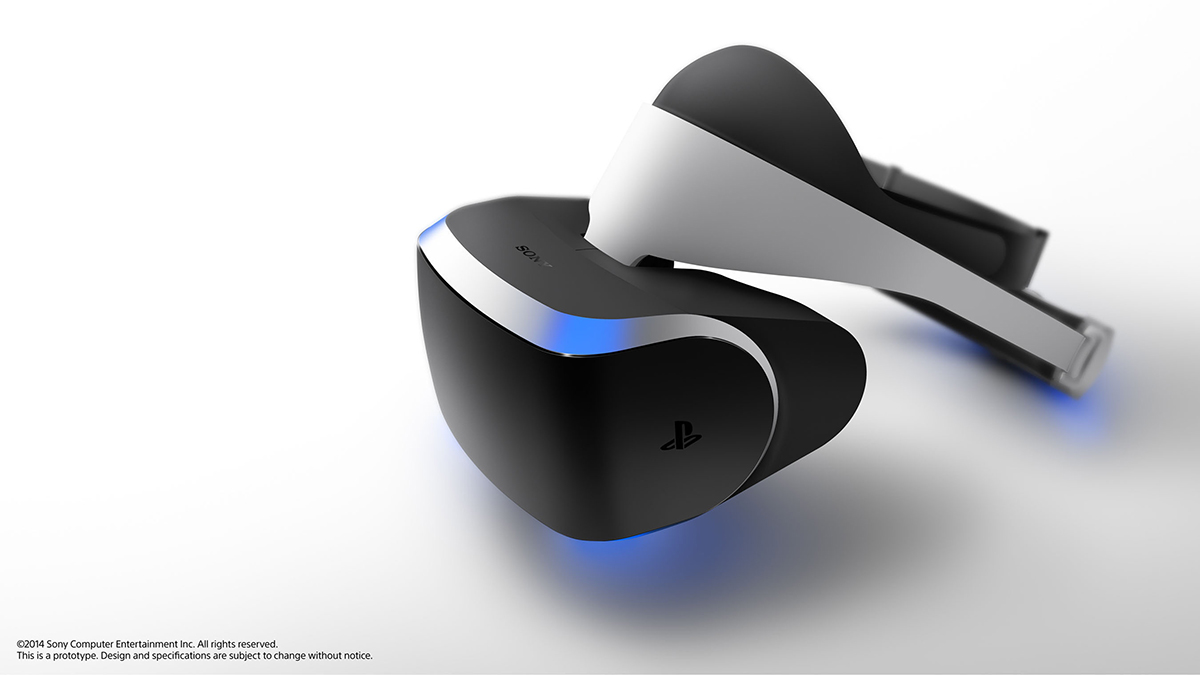 4. Platforms and Streaming Move into the Future

Google is steering developers toward Android TV, which is set to compete with Apple TV & Roku. Some manufacturers announced that they will be supporting Android TV in future Smart TVs. Samsung announced that they will be adding Sony’s newest game streaming service ‘Playstation Now’, as well as Sony’s new TV streaming service ‘Playstation Vue’ to all new Smart TVs in 2015. These moves mimic an increasing trend over the last few years – a hit to traditional media outlets in favor of curated web based and streaming distribution channels, resulting in even more outlets for media creators.

LG also showed off its new 8K OLED TV at CES. With 8K already on the horizon, studios are going to want filmmakers to be completely up to speed on 4K and higher:

Energous Corporation showcased their new product called the WattUP, a device that uses radio waves to wirelessly charge your devices. While this isn’t something directly related to film/video production, just think of the convenience it would provide to charge the batteries for your DSLR or production equipment.

While any talk of using WattUP in this way doesn’t seem to be on the radar, we’re curious to see how the capabilities expand in the future.