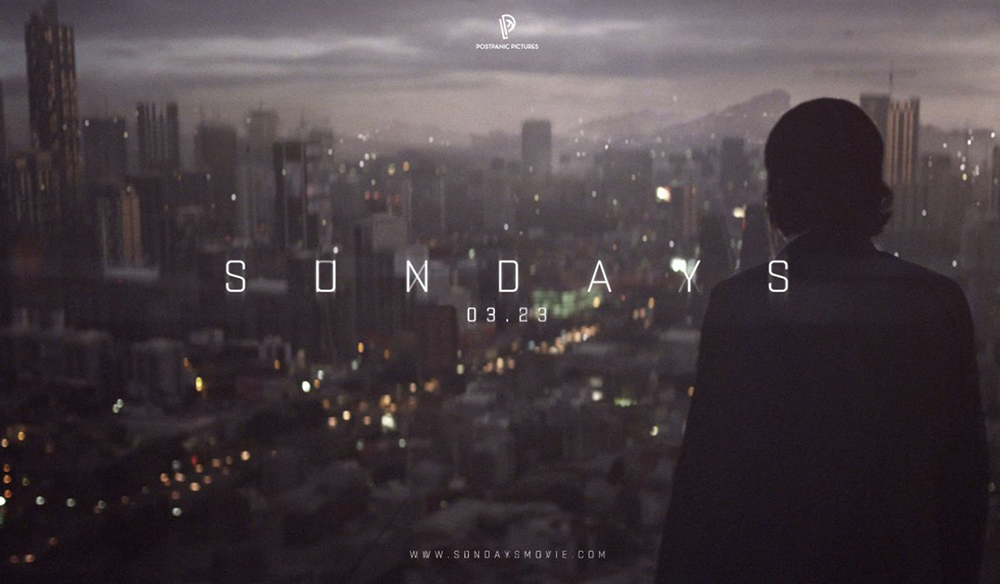 Want to land that big deal with a studio? Well, here are some proof of concept films that did just that.

While some people might call these extended trailers, that’s not exactly what a proof of concept is. In reality a proof of concept is more like a short film developed on a very limited budget that’s created to show studios what that production team can accomplish. Sometimes these proof of concept films go on to become big budget films such as Sky Captain and the World of Tomorrow, 300, Sin City and District 9.

To say this film was ambitious is an understatement. Award-winning commercial director Mischa Rozema and his crew at PostPanic Pictures explore a nightmarish future where the world is on the brink of ending, and our protagonist is completely unsure that this future is truly his. Widely support by the international film and creative community, Sundays was able to secure over 50k through crowd sourced funding to complete the live action sequences in Mexico City. After the film was released, a bidding war began between the major studios and once the dust settled from the auction, Warner Brothers was the only one left standing.

Mischa Rozema is currently working with WB now to secure writers and begin the pre-production process on the feature-length film.

Another ambitious project is The Leviathan from Ruairi Robinson, who is known for his Academy Award nominated animated short film Fifty Percent Grey, as well as directing the 2013 sci-fi horror The Last Days on Mars. Joining him on this project is Jim Uhls, the screenwriter of films such as Fight Club and Jumper.

The film is set in the distant future where humans have colonized multiple worlds and faster-than-light-speed travel is a reality. But in order to achieve this feat, mankind began harvesting the eggs and the matter from the largest creatures they have ever seen. The film was released online earlier this year and instantly gained a huge online following. This prompted 20th Century Fox to option the project and give the green light, with Simon Kinberg (X-Men: First Class & Sherlock Holmes) and Neill Blomkamp (District 9 & Elysium) attached as producers.

The Leviathan is currently in pre-production at 20th Century Fox with Ruairi Robinson & Jim Uhls both slated to return for the feature film. No release date has been set as of yet.

Another film optioned by 20th Century Fox is Controller, directed by Saman Kesh, which originally released in 2013 as part of the Machinima Interactive Film Festival. Controller is the story of a young woman prisoner who can control everything with an interface connected to her helmet. She uses this helmet to control her boyfriend’s body in order to expedite her escape from captivity.

Controller is currently with 20th Century Fox and Saman Kesh is slated to return to the director’s chair. No release date has been set as of yet.

In the same mold as Buffy the Vampire Slayer, Realm tells the story of a young woman (played by Adelaide Kane) who can enter into a person who is possessed and battle the demon inside for the safety of their soul. The story and characters also represent a potential franchise, which is why Relativity Media jumped on the film very early on. Originally developed by John Swetnam and Scott Speer, the final short film spec script was written by The Vampire Diaries Producer Rebecca Sonnenshine. Swetnam and Speer are known for Into the Storm, Step Up All In & Spinback.

Realm is currently in pre-production with Relativity Media with Scott Speer attached to direct. Again, no release date has been set.

PAST PROOF OF CONCEPT FILMS

SKY CAPTAIN AND THE WORLD OF TOMORROW

Sky Captain and the World of Tomorrow was a true proof of concept created by Kerry Conran in the late 1990s. He eventually gained the ear of producer Jon Avnet and the two began developing what would be the final film. This is the original proof of concept.

Shot almost entirely on blue screens, Conran and his crew really pushed the envelope and developed a 24 minute film that they then took to the studios. Paramount would eventually green light the project and the final film was released.

Zach Snyder was hot off the heels of the 2004 remake of Dawn of the Dead when he had worked his way into directing 300, the adaptation of the Frank Miller comic. In order to give the studios an idea of the look and style of the film, and to also prove to himself he could do it, this proof of concept was developed.

The Customer is Always Right is a short proof of concept film shot by Robert Rodriguez to sell the idea of a feature to the studios.

In the end, Dimension Films backed the project with The Customer is Always Right opening the film. You can see a difference in the quality of the image and sound between the two versions.

Probably one of the best proof of concept films of all time is Alive in Joburg by Neill Blomkamp, who is slated to produce the above-mentioned Leviathan. Upon release, the film turned a lot of heads, including that of Peter Jackson, who jumped on to produce the film.

In the end, Alive in Joburg didn’t just spawn the feature film District 9, but also Elysium.