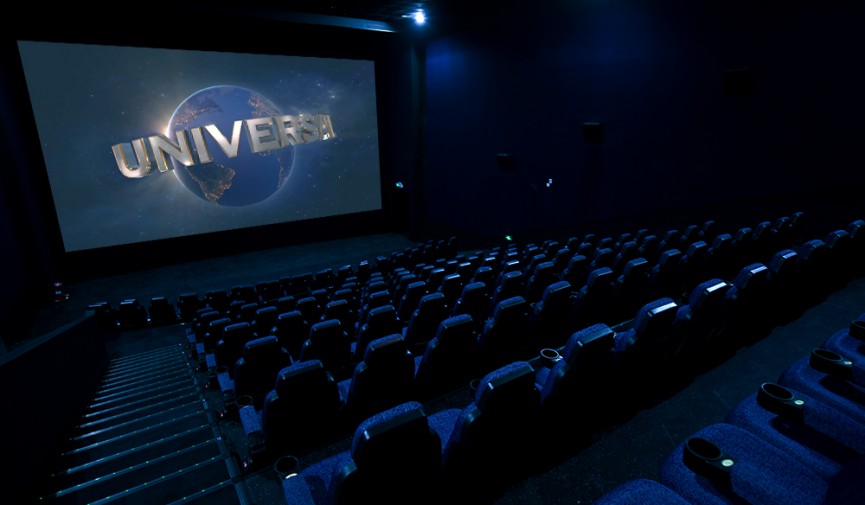 Production company logo animations have changed a lot over the years. Let’s take a look at exactly how they changed and how some have become iconic.

For many of us, the logo fanfares that play at the front of our favorite films are nearly as special as the films themselves. For instance, the 20th Century Fox logo fanfare that has played in front of Star Wars for nearly 40 years will come to an end very soon… but that fanfare is firmly engrained in the subconscious of millions of fans.

Since these logos are pretty epic, let’s take a look at the history of some of our favorite production company intros. We’ll look at the originals and the present day logo stingers, and give you a little history on “who, when, and how” they were created. Let’s get started!

This iconic production company logo was created in the mid-1930s by special effects animator Emil Kosa, Jr. with accompanying fanfare by Alfred Newman. This original matte-painting style logo stood as the standard logo until 1994, when a CGI logo was created. Since 1994, the logo has gone through a few cosmetic changes, but has relatively stayed as it is today. In 1977 the logo and fanfare shot into iconic status as director George Lucas insisted that it play before the beginning of Star Wars.

In fact, Lucas used the CinemaScope version of the fanfare, which was a few seconds longer and allowed for the LucasFilm logo to be included. Then composer John Williams crafted the classic main theme of Star Wars in the same key as the 20th Century Fox fanfare. With Star Wars moving to Disney, the classic fanfare is now gone. It will be interesting what Star Wars will be like without its longtime intro. The current logo animation was developed by Blue Sky Studios and uses the extended score by Lionel Newman.

Here’s another well-known logo animation: Universal Pictures. The classic 1930s logo was seen at the beginning of all of the classic monster movies of the day and became iconic. Then in the late 1990s, legendary film composer Jerry Goldsmith wrote and scored anupdated version of the fanfare, which was accompanied with a CGI logo. It is interesting to note that all other Universal Pictures logos before 1997 were all models.

The logo was updated again in 2012 by Weta Digital, the VFX studio made famous for Lord of the Rings. Composer Brian Tyler took Jerry Goldsmith’s score and extended it into quite possibly the best production company logo animation in existence today.

Today the new Walt Disney logo animation has become an iconic one, known as “logo modern.” This animation made it’s first appearance at the beginning of 2006’s Pirates of the Caribbean Dead Man’s Chest. There is some confusion on who created the logo… some say it was Pixar, while others have said it was Industrial Light and Magic. Either way, the new logo is fantastic.

Here is a history of Walt Disney logo animations courtesy of Movie Munchies.

As with many of these logo animations, it’s hard to find who exactly created what. But from what we do know, the original Warner Bros. shield logo was designed by one of the artists on the animation staff in the 1920s. Since then, the WB shield has stayed relatively the same with the exception of the Saul Bass “worms” logo in the 1970’s.

Legend has it that Paramount founder W.W. Hodkinson doodled the mountain logo on a piece of paper in 1914. This mountain logo has been used ever since and is the oldest and longest lasting production company logo in all of film. In 1951 the logo was revised when matte painter Jan Domela created the more modern look.

Columbia Pictures was founded in 1924 and became apart of the “Big Six,” but the company was one of the “Little Three” in Hollywood’s Golden Era. In 1986, Sony Corp. purchased the studio from The Coca-Cola Company. The logo was one of the first animated logos along with Universal’s classic logo. The first rendition showed a woman holding a torch and draped in an American Flag.

This logo has essentially stayed the same ever since, with slight variations over the years. The current logo was designed digitally in 1992 by New Orleans artist Michael Deas. Graphic artist Jenny Joseph was the model for the logo, which was finally animated by Synthespian Studios‘ Jeff Kleiser and Diana Walczak, who took the 2D elements and converted them to 3D for animation.

In the purchase agreement between Sony Corp. and The Coca-Cola Company, Sony would also retain the controlling interest in Tri-Star Pictures. Intralink Creative developed the now iconic Pegasus logo animation. Live action footage was shot of a white stallion in an airport hangar, then the footage was morphed with CGI wings. From here the background was developed based on clouds shot around the Haleakala Crater in Maui.

In 1994, legendary filmmaker Steven Spielberg (along with major media moguls Jeffrey Katzenberg and David Geffen) created the Hollywood studio DreamWorks. The logo for the company has become one of the most-liked production company logos in the industry.

The crescent moon logo with the boy fishing was developed by Steven Spielberg. He then took the idea to Industrial Light and Magic, who worked with Kaleidoscope Films, Dave Carson and Clint Goldman to draft the initial logo. The newer variations of the logo have been done by ILM as well. The score for the logo was developed by long time Spielberg collaborator John Williams.

And here’s the DreamWorks logo variations courtesy of Movie Munchies.

Founded in 1993 as Marvel Films by Avi Arad of Toybiz, Marvel Studios is now owned by Walt Disney and oversees all film production based on Marvel Comics properties. The “flipbook” logo as we know it was developed by Imaginary Forces, who crafted the original 2D “filpbook” logo animation. The fanfare score for Marvel Studios was created by Brian Tyler, who scored the current score for the Universal Pictures logo.

Marvel has done a fantastic job of integrating the logo animation into their films, such as its use in Guardians of the Galaxy.

Here’s the current Marvel Studios logo animation from Guardians of the Galaxy courtesy of UltimateHDVideostify.

Now, with our favorites out of the way, let’s enjoy a fifteen minute (!) look at the very best production company logos since the dawn of film. Many of these logos and logo animations will immediately jump out at you as you watch them.

Want to read more about the business side of the industry? Then check out these articles:

Do any of these company logos hold any special meaning for you? Which ones are your favorites? Let us know in the comments below!