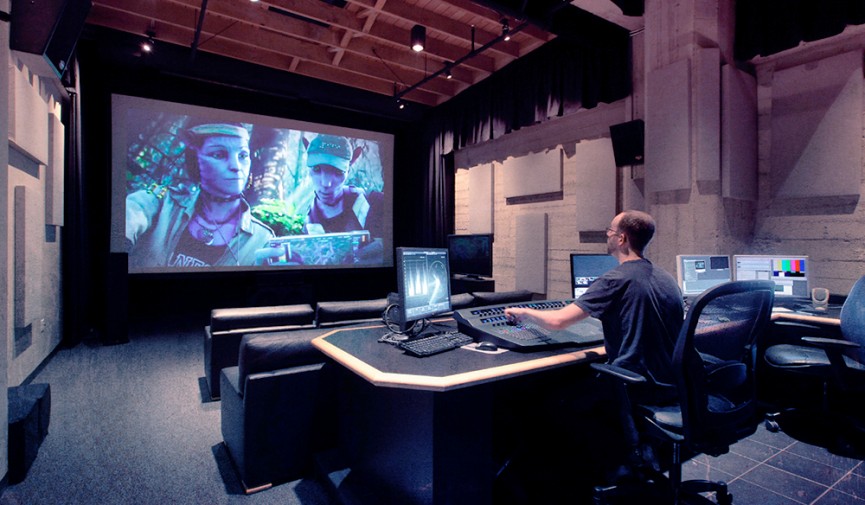 Affordable Software Every Filmmaker Should Have

One of the last things to usually make its way into our toolbox is software. Let’s look at affordable software options for your video production arsenal.

Every filmmaker and video producer needs software. Whether you’re in pre-production, principal, or post there is some sort of software that you’ll need to process your daily tasks. The downside is that this software isn’t always cheap. Fortunately, there are affordable software options out there for whatever specific production task you need complete.

No matter if you’re an indie filmmaker, run your own video production company, or you’re a motion designer, you’ll have day-to-day operations that take time to process. Make these processes easier with these simple to use applications.

If you’re processing payments from clients for the work you are doing, then keep all of your accounting information streamlined in one app through QuickBooks. It’s a fairly inexpensive asset and at the end of the year you can send all documentation to your CPA for processing.
COST: $7.99 A Month

If you need an endpoint solution for sending out invoices to clients, then Square could be a good application for you. Setting up an account is free and comes with a credit card reader. It also integrates with QuickBooks.
COST: 2.7% Charge on Each Transaction

Scheduling is probably one of the hardest aspects of our business, as we’re always on the go. While Square also offers scheduling services, they aren’t exactly cheap. There is another app called Appointy that does exactly what Square scheduling does, but it offers that service for free.
COST: Free to $60 a Month

Communication is key in our business and there are several solutions, but Skype is one of the best out there. This application allows you to message, to video chat, and to share your desktop with collaborators. If you have an Office 365 or Microsoft Account, you can gain access to Skype.
COST: Free For Individuals, $2.00 A Month For Business’

While Office 365 is a great option, it also costs the average user just over $8 a month in dues. So, for those out there that want an even cheaper document editing solution, Google Docs has you covered. As long as you have a Google account, Docs is free. There are paid solutions for business owners in the form of Google Apps, but those are not necessary for Google Docs.
COST: Free with Google Account

If you write your own scripts for narrative films, commercials, or even industrial videos, then Celtx can help you. Basic access is free, but if you want extended options and access, you’ll need to pay a monthly fee of either $8.25 or $16.58 a month. While Celtx isn’t as robust as Adobe Story, its free pricing for Basic Access is better than the $9.99 a month fee for Story. However, if you are a Creative Cloud subscriber then you get Story for free.
COST: Free for Basic Access

Now that you have your day-to-day operational software, let’s take a look at post-production software that is affordable and necessary for you to complete your work. We’ll start with non-linear editing software options. We will list all major options.

While the price point may not sound that affordable, Final Cut Pro X is actually one of the cheapest professional non-linear editing systems out there. While initially panned when it first released, Apple has done a solid job of releasing updates to move the software closer to what the former industry standard Final Cut Pro 7 was.
COST: $299.99

Avid Media Composer is the industry standard for video editing. While for many years its price point was just out of reach for most video professionals, that has changed recently. There are now two ways to purchase and gain access to Media Composer. One is through a monthly subscription, while the other is through a one-time fee for the current version release. However, while the monthly subscription is being hailed as affordable, it’s still pretty steep for professionals just starting out.
COST: $49.99 a/mo. or $1,299.99

Lightworks is an Academy and Emmy award-winning software most notably used by Martin Scorsese’s longtime editor, Thelma Schoonmaker. Its robust system has made it a favorite of many big name editors. Purchasing options come in three forms: monthly, yearly, and outright. Some may want to explore the outright license, as its price point is just a little more than Final Cut Pro X.
COST: $24.99 a/mo., $174.99 a/yr. or $437.99 outright license

While not originally a editing software, Resolve is the new kid on the block. Blackmagic Design offers a lite version of the DaVinci Resolve for free, but the paid version unlocks all of the tools. However, the paid version is one of the more expensive options listed.
COST: Free Lite Version or $995.00 Full Version

Video from No Film School

You have your editing software, but now you need to create some smooth graphics for your project. For that you’ll need a good motion graphics editor. While we are aware of several other effect software options out there like Apple Motion and The Foundry’s Nuke Studio, for independent filmmakers and new video professionals there are really only two options that make the most sense.

Blackmagic Design jumped into the motion graphic arena when they purchased eyeon Fusion. And just like they do for Resolve, Blackmagic is offering users an industry standard software free. Keep in mind, though, that this is the free version.
COST: Free Lite Version or $995.00 Full Version

One of the last things filmmakers or video professionals usually think about is audio editing. Luckily there are some great options out there for us to utilize. We’ll give you our top four software options.

It doesn’t get much better than free, and that is exactly what Audacity is: free. Developed by volunteers and distributed under the General Public License, Audacity is a surprisingly easy to use and beefy audio recording and editing software.
COST: Free

For the longest time, Pro Tools has been the industry standard for audio editing. And for the longest time, it was one of the more expensive softwares to own. But, just as Avid has begun to offer a subscription model for Media Composer, they are doing the same for Pro Tools, which gives you access to a professional grade software at an affordable price.
COST: $24.92 a/mo.

Logic Pro wan’t built specifically for filmmakers or video professionals, but it can work some magic for you if you do indeed add it to your toolbox. Originally built for music producers, Logic Pro X is much more in-line with the music world… but its easy-to-use interface, simple timeline editing, and integration of video allow it to be a fairly robust audio-editing software for film. Its price point isn’t overwhelming either.
COST: $199.99

Finally, you guessed it… there is Adobe. Just like with Premiere Pro CC or After Effects CC, a single subscription to Audition can be purchased for $19 a month. Or you can purchase the Complete Suite and get Premiere, After Effects, Photoshop, Illustrator, and Audition plus many more apps for $49 a month.
COST: (APP) $19.99 a/mo. or (Creative Cloud) $49.99 a/mo.

I do have Creative Cloud, and I think it is a great value, and more and more I’m being sold on Premiere Pro CC. Again, this is my personal advice, but for young filmmakers and rookie video professionals, I would highly suggest paying for the Creative Cloud Complete subscription. It offers you the most flexibility. You can pre-visualize your project, edit it, and even market it all within the software lineup of Creative Cloud.

Did this list help you at all? Do you use this software on a daily basis? Did we miss anything that we should add? Let us know all about it in the comments below.