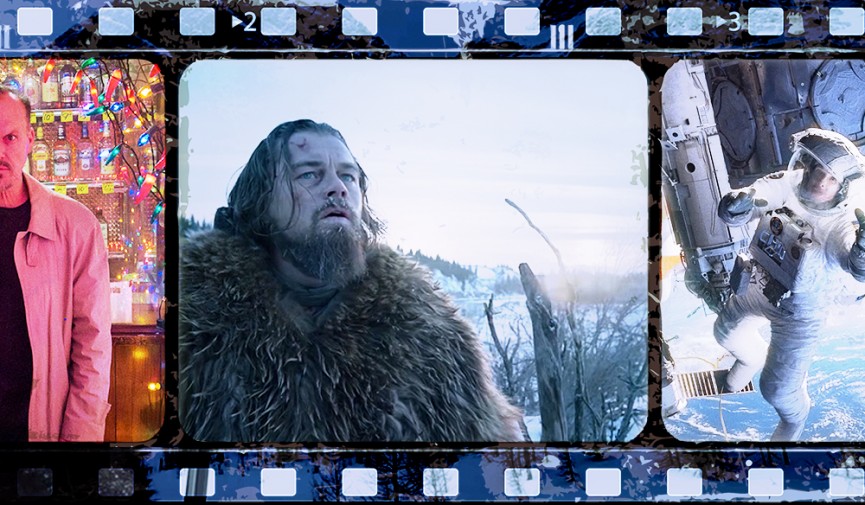 The Amazing Cinematography of Emmanuel Lubezki

Emmanuel Lubezki, or “Chivo” as he is sometimes called, is a brilliant cinematographer whose uncanny eye for framing and sense of movement is quite possibly unmatched. I’ve been aware of Lubezki for many years through his work on Sleepy Hollow and Meet Joe Black, but it wasn’t until The New World and Children of Men that I stopped to admire and love the way he uses the camera like a painter does a brush on a canvas.

Here is a fantastic video that highlights the cinematic work of Emmanuel “Chivo” Lubezki, presented by Borealisk.

Trademarks of a Master Craftsman

Let’s take a look at the trademarks of Emmanuel “Chivo” Lubezki. These trademarks can be seen in just about every single film he participates in. We will hit specifically on Lubezki’s use of natural lighting, framing, long takes, motion, and film language.

In 2011, I was able to see a special screening of Terrence Malick‘s The Tree of Life. Lubezki’s ability to utilize and take advantage of natural light was astonishing. This is probably my favorite skill of Lubezki’s. I say this because I had to make due with natural lighting early in my career. Not because I wanted to, but because I had to, as I could not afford the lights.

Lubezki waits for his shots. He utilizes the space around him and how it’s affected by the light. You can see this process clearly in The Tree of Life. In fact, when speaking with A.S.C. on the use of natural lighting during The Tree of Life, Lubezki had this to say:

When you put someone in front of a window, you’re getting the reflection from the blue sky and the clouds and the sun bouncing on the grass and in the room. You’re getting all these colors and a different quality of light. It’s very hard to go back to artificial light in the same movie. It’s like you’re setting a tone, and artificial light feels weird and awkward [after that].

Lubezki has always had a great feel for framing the characters of the film. Many times we see him employ a very documentary style approach when framing. This style is very evident in films like Children of Men, The New World, The Tree of Life, Gravity, and Birdman. This could be correlated to the idea of natural space and natural setting, which he uses quite often for lighting, as we touched on above. Could this stem from his time working with Terrence Malick? Possibly, as Malick is very keen on this style and approach. In an article for the A.S.C., Lubezki quotes Malick:

…act like a documentary filmmaker and come onto the locations and capture these ideas we’ve been talking about.

After a successful collaboration on Birdman, Lubezki has teamed up once more with Alejandro Iñárritu for the The Revenant. In this trailer for the film from 20th Century Fox, we can clearly see Lubezki’s use of documentary style framing.

Here is another great example of Lubezki using that documentary style camera work, except this time it’s for use in an iPad commercial entitled Your Verse. This clip is from Labhouse and Park Pictures.

Lubezki is no stranger to long takes. Well before Birdman came along, he developed the long intro for the film The Birdcage, which clocks in at over 2 minutes before a real visible cut is seen. Of course, with Lubezki it’s not just about the long take… it’s about the motion during that take, whether it’s a long take or not.

For instance here is the “Coffee” scene from Birdman, where Lubezki and Iñárritu use fluid camera motion to ensure the audience is focused on the character speaking or the other character’s reaction. This video is courtesy of Movieclips Coming Soon.

Lubezki had this to say about Birdman’s long takes:

We added a couple of cuts, but the movements help get the audience into the world of the characters so the movie feels immersive and immediate.

Again, using fluid motion and the long take, Lubezki and director Alfonso Cuaron seamlessly change the audience’s perspective from moment to moment and character to character. This intense opening sequence from Gravity is courtesy of Alexander Pavlichuk.

Film as an Art Form

Film is without question an art form. That’s a given. But very rarely can you find a director and cinematographer combination that can generate and craft a series of images that can stand alone without the aid of large sections of dialogue. Malick and Lubeski have this ability, and by the looks of The Revenant trailer, Iñárritu and Lubezki have developed a very similar rapport.

Allowing the imagery to guide the audience rather than the narrative dialogue is no easy task, but when it’s done well, it can be extremely powerful. Images that flow together much like a string of notes in a musical composition can sometimes elicit an emotional response more powerful than a line of dialogue. This is something that Lubezki knows well.

The language of film is further and further away from the language of theater and is closer to music. It’s abstract but still narrative. Everything feels less rehearsed. It’s more experimental than classical.

What are your thoughts on Emmanuel Lubezki? Has his work inspired you? Are there things about his work that you dislike? Let us know in the comments below!