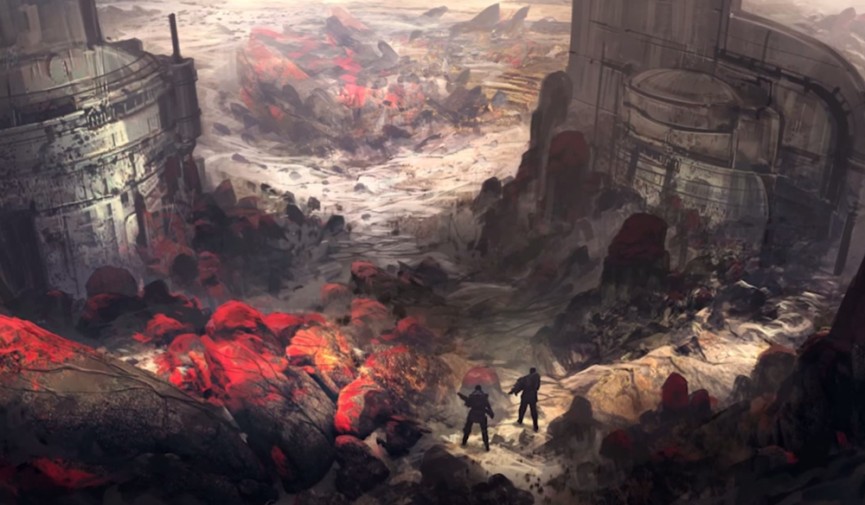 Go along for the ride as a leading concept artist brings an incredible story to life.

Whether a film is based on an existing story/franchise or conceived from a wholly original concept, the film’s ‘world’ and characters need to be fully developed before shooting ever begins. The script provides the backbone for the story, while concept art can set the stage for the look.

This design process can begin as early as the treatment stage, but usually begins once the script is complete. Once the script is set and pre-production begins, directors often hire artists to develop the visual feeling of the film.

The use of concept art is two-fold. It is used as an asset for the pitch – the process of selling the initial movie to a production company. It’s second use is for prepping the other production departments. For instance, giving the costume and set design team a direction for their work, as well as giving the visual effects staff direction during production and post-production.  In the video below, legendary concept artist Feng Zhu goes through the process of creating concept art for a production pitch for a game, ‘Dune’. The same techniques apply when creating concept art for feature films. Although it’s a bit long at 45 minutes, it’s an engaging look at how concept art is created from idea generation through finished product.

Feng Zhu is a concept artist who has lead art development for game companies like EA, NCSoft, Epic Games, Sony and Microsoft. He has also worked alongside Hollywood film directors Steven Spielberg, James Cameron, Michael Bay, Luc Besson and worked closely with George Lucas for development on Star Wars Episode III: Revenge of the Sith. Feng now has his own design school FZDesign where he trains artists for the professional world of concept art and design.