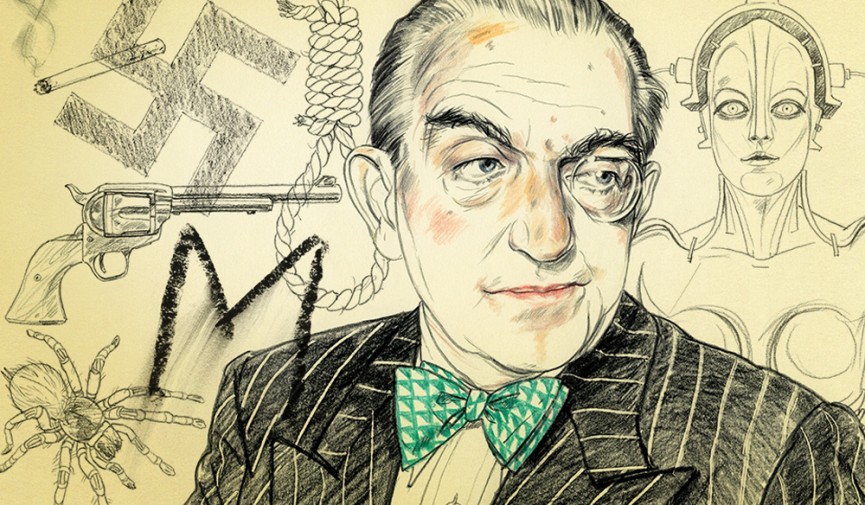 Artist Highlight: Fritz Lang, the Father of the Cinematic Epic

If there’s one director from the past whose work could sit alongside today’s VFX-laden cinematic epics, it’s Fritz Lang. Here’s why.

We’ve seen numerous trailblazers throughout the history of cinema. From Steven Spielberg to Stanley Kubrick, there are a number of filmmakers who have made their mark in an epic way with the size and scope of their productions. But the first true epic scale director, or blockbuster style director, was German director and screenwriter Fritz Lang.

Just as Georges Méliès can be seen as the father of special effects, Fritz Lang can easily be seen as the father of the cinematic epic. His use of large-scale sets, compositions, and violent realism captivated audiences in the 1920s, 30s and 40s. So, for this artist spotlight, we wanted to highlight and share the life and career of one of the most innovative filmmakers of all time.

From Austria to Germany

Fritz Lang was born in Austria to Moravian and Jewish parents in December of 1890. His father was a successful architect and construction manager. For a long time it looked as if Lang would follow in his father’s footsteps as he began studying engineering in 1910. However, the artistic bug captured Lang and he switched to visual arts, leading him to study painting and composition in Paris.

By 1914, he volunteered for military service with the Austrian Army during World War I. After being injured in the field of battle, Lang began writing ideas and scenes for films he would later produce while he was in recovery. It wasn’t until the end of the war, around 1918, that Lang would finally get his chance to focus on the art of film and joined the German expressionism movement.

After the war, Lang tried his hand at writing screenplays. This venture didn’t last long, as he soon signed a deal with UFA to direct feature length films. His career started off with films such as Der Mude Tod (Destiny), Die Spinnen (The Spiders), and Dr. Mabuse: The Gambler.

His first film, Der Mude Tod, was an innovative film, as it was littered with groundbreaking special effects for the time. This film is also credited as being a huge influence on Alfred Hitchcock and one film that persuaded him to venture into film. But for Lang, we can see his visual style begin to take shape.

His next two films weren’t box office hits, but they allowed Lang to experiment with cutting-edge visual effects and themes such as consumption, greed, and manipulation. All of which could have been the result of adjusting to the industrial complex. His film Die Spinnen was an expansive one and released in two parts, while Dr. Mabuse: The Gambler was a four-and-a-half-hour film. So we also can begin to see Lang’s desire to tell a detailed and expanded narrative.

With the semi-successes of his previous film, Lang decided that he should expand his vision even further than he already had. To that end, he developed and directed an adaptation of the German epic poem The Song of the Nibelungs. The film used huge expansive sets, large scale puppets to portray the dragons, and amazing ghostly effects that still look impressive to this day. Because of these innovations, the film was a big hit with audiences worldwide.

“He was internationally known…. and wowed audiences with images they had never seen before.” – Noel Murray from The Dissolve

Not wanting to rest on what he had done, Lang decided to go even bigger and better. In 1927, he would direct one of his most famous films — Metropolis. The scale of Metropolis was incredible for its day, with Lang employing an army of extras while his crew crafted massive expanded sets and amazing special effects. In fact, the shot of the tower in Metropolis inspired Ridley Scott to show the Tyrell Corporation tower in the manner he did for Blade Runner. While it wasn’t widely regarded by the critics of its day, the film went on to have a huge following world wide and made Lang one of film history’s earliest stars.

In 1931, after the successes of Die Nibelungen and Metropolis, Lang went on the direct his classic film entitled M. This is considered by many, including the director himself, to be his great work. Again, much like Metropolis, M focused its narrative theme on social issues, shining a light on the fact that Germany had become a divided and dangerous place. M was also the first “talkie” in Lang’s career and garnered him praise. Today the film is constantly listed as one of the greatest films of all time, and it had a great impact on the genre of film noir.

By 1933, Lang had garnered worldwide attention and admiration from film audiences and critics. After the completion of The Testament of Dr. Mabuse, Lang was met with opposition from the Third Reich and the Ministry of Propaganda, due to the fact that the film could incite insurrection. In 1934, Lang was summoned to a meeting by Joseph Goebbels, the Reich Minister of Propaganda. The meeting was filled with tension for Lang, who is of partial Jewish decent. Regardless of Lang’s heritage, Goebbels and Hitler wanted him to become the head of the German Cinema. Here is a video of Fritz Lang discussing the incredible and scary situation.

Needless to say, Lang quickly fled Germany and arrived in the United States. Because of the universal appeal of silent films, he was well known in the U.S. While the American film industry wanted him to make “Fritz Lang” films, they didn’t allow him the artistic freedom that he was afforded in Germany before the Third Reich.

Fritz did make more films after coming to America… in fact, he made over twenty films and worked with every major studio. However, his Hollywood films never could match the epic scope and attitude of his classic films. In fact he became more critical and interested in the idea of violence in society after the war. Because of this his American films like Fury, The Big Heat, While the City Sleeps, and Beyond a Reasonable Doubt were far less fanciful than the films like Metropolis and Der Nibelungen.

In the last decade or so, we have seen an increase in the appreciation for Fritz Lang and his work, however this hasn’t always been the case. Theories abound that because he had such a lackluster Hollywood career compared to his early silent films, Lang’s legacy was tarnished. The stronger critique however is that the Hollywood system didn’t do Lang any favors and subdued his creativity versus allowing it to flow.

Could this be the reason we never saw another Metropolis or Der Nibelungen? More than likely. Despite this, one thing is for sure… Fritz Lang is without question the first epic filmmaker in cinema history. The inspirational ramifications of his work have played a major role in the grandiose epics we see today and the epics we will see in the future.