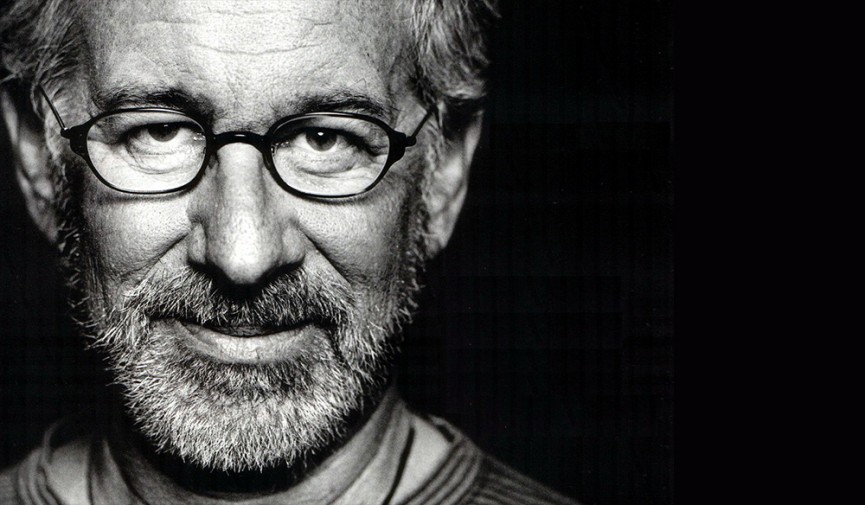 Steven Spielberg is more than just the master of the summer blockbuster. He’s one of the greatest storytellers of this era.

Without question, Steven Spielberg is one of the most influential filmmakers of all time. To take it a step further, he’s one of the great storytellers of this era. For myself, as a filmmaker, there has been no greater influence than Spielberg. This is true for many filmmakers. Modern visual storytellers like J.J. Abrams, David Fincher, and Peter Jackson have credited Spielberg with influencing them to get behind the camera.

So, in this Artist Highlight we’ll look at the storytelling evolution of Steven Spielberg and his uncanny ability to visually tell a story in a way that is entertaining to all.

When he was seven years old, Spielberg’s father took him to see Cecil B. DeMille‘s 1952 film The Greatest Show on Earth. This was the film that ignited a passion in Steven that would lead him to the world of filmmaking. At the age of twelve, Steven shot his very first film, The Train Wreck. This was followed by Escape from Nowhere and his first feature film, which he shot at the age of 16, Firelight.

Steven eventually attend Cal State Long Beach where he was able to garner an internship at Universal Studios. His 26 minute short film, Amblin, impressed Studio Vice President Sidney Sheinberg so much that he offered Spielberg a long-term contract with the studio. Through Universal he was able to direct the TV movie Duel and The Sugarland Express starring Goldie Hawn.

His big break came when he was selected to direct the film Jaws, based on the Peter Benchley novel. With Jaws, Steven begins to really cement his visual storytelling style. You can see evidence of this in this iconic scene from the film where he uses a track-in shot.

Techniques of a Master Craftsman

Spielberg has many techniques that he employs from the masters of cinema. Among them are long tracking shots, track-ins, close ups, wide-angle shots, dramatic pans, and layered framing along with connecting action. One in particular that he is known for is the framing of faces.

Next to framing faces on camera, Spielberg is known for tracking action or the track-in technique. In fact, Spielberg he has a long history of capturing long takes.

You can see each one of these techniques used throughout the various film we will discuss. But he doesn’t just rely on his techniques alone… he also utilizes various themes and lessons from filmmakers that came before him. For more on that, here is a great video essay on his themes and techniques.

Family Dynamics and a Sense of Childlike Wonder

The most widely used theme in Spielberg’s work is the theme of family dynamics their effects on children and the childlike wonder that grown-ups tend to forget. So, after the huge success of Jaws, Spielberg was able to begin developing his own projects. With these projects came these very ongoing themes.

The first of those projects he would craft would be the classic Close Encounters of the Third Kind. In Close Encounters, we see the breakdown of the family dynamic after Roy’s encounter, but we also see the childlike wonder the encounter creates for him and others. This breakdown and childlike theme can be seen in the following moment from the film where Spielberg introduces the scene from a child’s perspective.

His next massive hit was Raiders of the Lost Ark, which was influenced by the classic action tropes of early serial films from the 30s and 40s.  Interesting fact: Indiana Jones only came about after Spielberg’s request to direct a James Bond film was rejected. Luckily for us, Spielberg’s Bond dreams were denied and now we have great scenes like the iconic opening temple sequence.

Next up for Spielberg is quite possibly his best film, E.T. The Extra-Terrestrial. Here Steven is really honing his techniques in terms of framing, movement, and connecting action on screen. He’s also continuing his ongoing theme of family and childlike wonder.

J.J. Abrams said it best in his TED talk that E.T. wasn’t about so much about meeting an alien as it was about divorce and the needs of Elliot to find a connection to help him deal with that. This is why Spielberg is such a great storyteller. He’s able to combine hard subject matter with a sense of wonder, as seen in the classic “across the moon” scene from the film.

Spielberg would develop several great films after E.T. (including two more Indiana Jones films) like The Color Purple, Empire of the Sun and Hook. Aside from Indy, each one of these films revolves around some type of family dynamic or crisis, and each instills a sense of wonder in the audience.

But nowhere is that sense of wonder on better display than in 1993’s Jurassic Park.

Spielberg’s realistic dinosaur action taps into the wonder of children everywhere. He was able to perfectly blend a sense of wonder with the harsh reality of the world around the characters. In the “They’re Flocking This Way!” scene from the film, we can clearly see the sense of wonder on Tim’s face as he watches dinosaurs run past him, as well as when the T-Rex hunts them.

After Jurassic Park, Spielberg grew tremendously as a filmmaker. He began to move away from the starry-eyed wonder of his previous work and turned toward the harsh historical realities of the world. The first of these was 1993’s Schindler’s List. Spielberg artfully and respectfully presented the horrors of the Holocaust to audiences.

In this scene from the film, we see Oskar Schindler looking down at the horrors of the ghetto and the little girl in the red dress. It’s here that Schindler begins his journey toward one of the themes of the film: redemption.

Steven would direct the sequel to Jurassic Park and Amistad before taking on the subject of World War II again in 1999’s Saving Private Ryan. One thing that Spielberg did better than any other director up to that point was to show the raw horrors of war in vivd detail, especially in the opening sequence. We also can see themes such as sacrifice, courage, manhood, and honor throughout.

Steven has continued his run at retelling historical dramatic pieces over the last decade with films such as Catch Me if You Can, Munich, War Horse, Lincoln and the upcoming Bridge of Spies. Though there are signs that he may return to the childlike wonder of his younger years with the announcement that he will direct the films BFG, based on the book by Roald Dahl, and Ready Player One.

The Epic Producer and Collaborator

As a producer, there are very few who are as prolific as Steven. Currently he has a total of 152 producer credits to his name. These  film and television productions include Back to the Future, Gremlins, Poltergeist, The Goonies, The Land Before Time, Band of Brothers, Men in Black, Transformers, True Grit, Jurassic World and Halo… just to name a few. But above and beyond all of this, he has been a great collaborator with other filmmakers.

One steady and ongoing collaboration is with his close friend George Lucas, with whom he created the Indiana Jones franchise. However there is one collaboration that many don’t really know about. When Lucas began working on closing out the Star Wars prequel trilogy, he called upon Steven to guest-direct portions of the film, including the final fight sequence on Mustafar between Obi Wan and Anakin.

So, it should be no surprise that out of the generally panned prequels, Episode III is generally seen as bright spot.

Personal Reflection on the Master Storyteller

One last word on the legendary director before we close this out. Growing up in a very small town, there wasn’t much for me to do other than wander the open landscape or watch movies. While I did plenty of exploring, I was also fortunate enough to have a mother that noticed my passion for film at an early age.

One summer in the late 80s, she came home with four VHS tapes for me to watch while on summer break. Three of these films were E.T., Close Encounters, and Raiders of the Lost Ark. I played these films over and over and I studied them.

As with many filmmakers, Steven Spielberg has and continued to inspire and teach many of us how to tell great stories using the medium of film. He is still able to talk about hard subjects, but within the context of wonderment. This is something very few filmmakers can achieve. As a filmmaker and as a human being, he is a goal… a person that we look toward and an artist we strive to emulate.

This is what makes him legendary.

What do you think of Steven Spielberg’s work? Love it, hate it? Who would you like to see us highlight next? Let us know your thoughts in the comment below.