Avid’s Media Composer 6 (as well as Symphony 6 and Newscutter 10), was announced today via a global webcast, and will soon become available to the general public.  Users can now register to be notified when it becomes available. 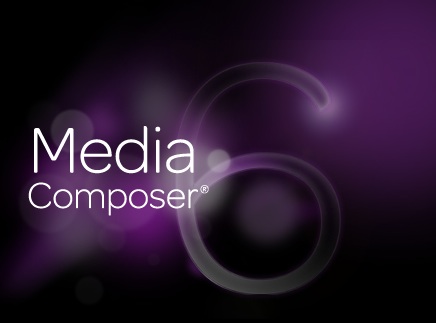 The new release looks to have some exciting features, many of which are under-the-hood improvements to enhance performance and compatibility—like a 64-bit architecture, open third-party I/O hardware compatibility, and Avid hardware accelleration improvements.

But there’s also some pretty sleek in-your-face new features as well—like a modern new UI with a tabbed-style interface, an intra-app stock footage shopping tool, and some notable improvements in color correction and sound design.

Here’s a quick video on the release’s new features.

Granted, many of these new features may have been quite a long time coming, (particularly with things like the 64-bit architecture), but by and large, the new release hits upon some important upgrades while keeping current editors comfortable in the app.

Here’s the basic rundown of what the new release has to offer:

Avid Media Composer 6 is now an exclusively native 64-bit application, which should give you a significant increase in speed, smoothness, and playback reliability—especially with designing and rendering complex effect composites with many nested layers.  The increased memory capabilities will also serve you well when handling very large bins and long sequences.

Avid now supports the customization of its robust hardware accelerator solution, Nitris DX.  You can add up to two Avid DNxHD or AVC-Intra chips (for full support for stereoscopic 3D and HD RGB 4:4:4 workflows).

Avid has implemented a Hardware SDK (software development kit), which allows 3rd party manufacturers to create plug-ins for their hardware I/O devices.  This allows any 3rd party hardware to interact with Avid Media Composer (as well as Avid Symphony and Avid Newscutter), which means you’ll have a lot more choices for your I/O solutions.  The current roster of 3rd party vendors who have access to develop hardware plug-ins are AJA, Matrox, Blackmagic Design, Motu and Bluefish444—so just expect that list to continue growing.

Avid has given Media Composer a nice facelift, complete with sleek buttons and clean metadata displays.  Best of all, it’s added an organizational god-send: tabbed interface capabilities.  You can arrange all of your bins and tools in tabs, so you can easily and quickly find what you need without the “real estate-hogging” window clutter.  It’s also added significant improvements in customizable bin and workspace layouts.

Avid has added a built-in shopping solution called the Avid Marketplace, where you can browse for stock footage, video and audio plug-ins, software and hardware options, training materials, and more. It looks like the cool part about the stock footage search (from Thought Equity Motion) is that you can immediately access and edit lo-res versions of the stock footage clips (via Avid’s AMA process), and then purchase the hi-res clip later once you’re sure you need it.  The library has hundreds of thousands of options to choose from, so it should be easy to find what you need.

You can now work in a complete 3D end-to-end workflow, with Avid’s new stereoscopic 3D support—easily mixing and matching 2D and stereoscopic 3D clips on the same track.  Avid has made it clear that they are going after the 3D editing market.

You can now record, edit, and mix studio-quality audio in 5.1 or 7.1 surround sound.  And as always, you can share your mixes with Pro Tools (using AAF).

Avid’s made it official—permanently.  Users who own Final Cut Pro 7 can switch to Media Composer for $1499 (regularly $2495).  This had been an ongoing promotion for several months, but with the release of Media Composer 6, this has moved to a permanent deal.