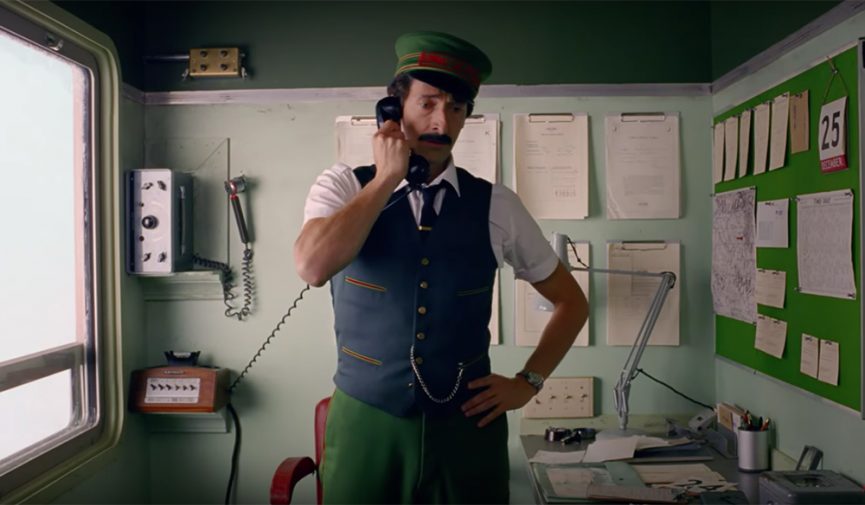 The 7 Best Commercials Made By Famous Directors

Not even Academy Award-winning directors are above the commercial paycheck now and then. Here are seven of the best commercials that were directed by famous directors.

Chances are that many of your favorite famous directors have made mainstream television commercials that you’ve seen hundreds of times before. You may not have realized it, as television commercials don’t laud their writers, directors, and stars the same way as major motion pictures. However, some of the biggest names in Hollywood have all taken commercial gigs to help companies sell their products to the masses.

Once a director becomes big enough to have a signature style, that style (along with the director attached to it) becomes a commodity of its own. As we’ve seen in the recent release of H&M’s new Wes Anderson-produced commercial short film Come Together, brands are keenly aware of how to translate a director’s name and style to sell a product.

Commercials are a big part of the video production industry, so if you’re currently in (or considering) a career in film and video, commercials can be a great way to build your brand’s worth and make a quick buck. Here are some of the best examples of how some famous directors have successfully cashed in.

The ingenuitous (Editor’s note: yes, apparently, that is a word) Spike Jonze rose to fame in the 1990s with a kinetic DIY-skateboarding aesthetic which was perfect for music videos and commercials. Perhaps directing one of the most famous (ultimately unaired) commercials for Gap, he was able to touch heartstrings in audiences with his 2002 commercial for Ikea (above) before ultimately reaffirming his commercial vitality with his recent long-form ad for KENZO World (below).

A little known fact of movie trivia is that acclaimed director Sergio Leone’s (The Good, the Bad and the Ugly) last production was a car commercial for Renault 18, a French station wagon. Reuniting Leone with his longtime composer Ennio Morricone, the spot was one of many the director did for European television throughout his career.

Featuring a trio of stars (Scorsese, Matthew McConaughey, and Scarlett Johansson), the short film spot Street of Dreams was made for the luxury Italian fashion company Dolce & Gabanna. The film is a high-concept Italian neorealist vignette set in a seemingly empty (and beautiful) black-and-white New York City.

Scorsese’s brand is a great match for the Italian fashion company, as Domenico Dolce and Stefano Gabbana have built their brand on similar Sicilian and Catholic roots. While Scorsese maintains that the project had “always been inspired by the black-and-white neorealist Italian cinema of the early 1960s,” McConaughey was a little more blunt about the investment.

I like the financial aspect of the relationship. I don’t want to work with a brand I don’t believe in, that I don’t care about. But I like that it’s a good give-and-take and I get a nice pay cheque – that’s very good for me and helps me live my life. — Matthew McConaughey via Telegraph UK

Arguably regarded as the greatest commercial of all time, Steve Jobs and an upstart Apple Computers hired Scott to help take the world by storm during the 1984 Super Bowl. The spot, an homage to George Orwell’s novel 1984, was a shot at Apple’s chief competitors IBM and served as the flashpoint to Apple’s emergence on the personal computer scene. In a behind-the-scenes featurette on the commercial, Scott talks about how he’d always viewed commercials as films.

As you can see, even the most successful directors are not above lending their talents for the right price. Perhaps the best case in point could be Steven Spielberg shilling for BP back in 1994. The video is squarely in the vintage Spielberg adventure model and even includes effects done by ILM and music composed by John Williams.

Perhaps regarded as Spike Lee’s most iconic contribution to pop culture at large, his 1991 Is It the Shoes? commercial helped catapult Michael Jordan and Nike’s brands into mainstream success (along with Spike Lee’s as well).

The commercial was the birth of a series of “Mars Blackmon” spots which Nike would revisit with Spike Lee for years to come. It also squarely tethered Spike Lee’s likeness and directorial style with the NBA and hip hop culture for the rest of his career.

Probably the self-branded weirdest of the bunch, David Lynch’s campaign of commercials for Sony’s launch of the Playstation 2 back in 2000 stands out for… well… it’s weirdness. The black-and-white spots played before movies in theaters and included several Lynchian icons such as shadowy hidden rooms with odd talking characters. You can watch a behind-the-scenes feature on the making of the campaign below.

What’s your favorite famous director commercial? Let us know in the comments!