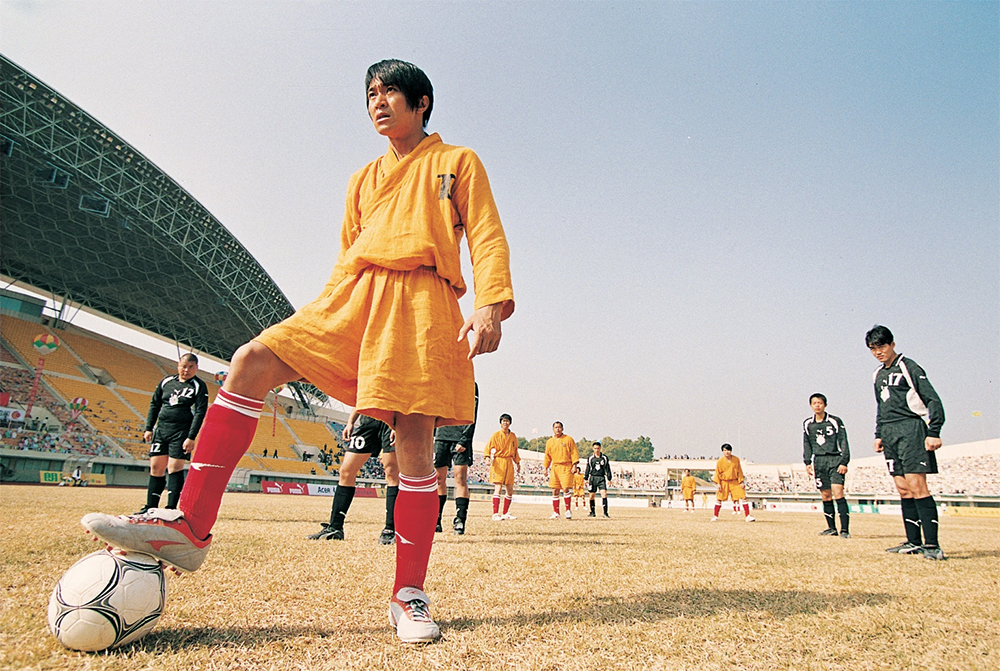 The Best Football Films of All Time 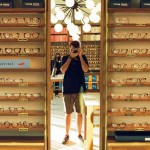 There aren’t many football films, but here’s a look into how the most popular sport in the world has been portrayed in cinema.

Football films. From hallowed legends like Pele and Maradona to new one-named stars like Ronaldo and Messi, football (or soccer as it’s known here in the US) is genuinely the biggest sport of them all due to its global appeal. They call it the “beautiful game” in Portuguese, and for a good reason; its symmetrical fundamentals are watched by millions every week all across the globe. The viewership for the 2018 World Cup final was 3.57 billion viewers. Yes, that’s half of the entire population watching a single sporting event.

So, it would reason that when looking at the sports film genre itself, this biggest (and most beautiful) sport should be front and center. Yet, despite the sport’s global appeal, you could argue that football films are far and few between.

Still, even in the United States and North America, as well as abroad, there are plenty of great football films which showcase not just what this sports sub-genre has done well but also what it can do even better with a younger, fresher generation.

So, for anyone interested in making a football (or soccer) film or video project now or in the future, let’s look at some of the best examples of the soccer genre film done right—and what filmmakers can learn and expound upon.

As usual, before we dive into our actual list of the best soccer films of all time, we need to highlight some exceptional film projects on the sport that might not be the cream-of-the-crop but are certainly worthy of mention.

For these honorable mentions in particular, we need to at least highlight the excellent 30 for 30 sports documentary, The Two Escobars (which tells the interconnected stories of notorious drug kingpin Pablo Escobar and famous Colombian soccer star Andres Escobar).

The are also fun soccer comedies for kids like The Big Green (which came out during a 90s run of similar rag-tag kids sports films like The Little Giants and The Sandlot) and films like The Match (a 1999 British romantic comedy film written and directed by Mick Davis).

Starting with one of the most successful sports movies of all time, at least in terms of box office returns versus its budget. Bend It Like Beckham was an unlikely hit akin to My Big Fat Greek Wedding in terms of taking a simple film concept that should have done well with a niche audience, yet became an international sensation.

Its $76.6 million return at the box office ranks it as the highest-grossing soccer film of all time, all due to its excellent performances, sharp writing, and personal direction by Gurinder Chadha. Despite it serving perhaps as a comedy or romantic coming-of-age story, football is central to the story and handled with enough care that sports fans can also appreciate it as a sports genre staple.

When looking through the football history of cinema, it’s not surprising to find that many of the centers of the film are on life in the UK and Europe. Of course, football is a worldwide phenomenon, but unlike the United States sports zeitgeist, which shares several different sports, England is all about football.

Looking for Eric is a 2009 British-French football film focusing on this Euro-centric POV on the sport as it explores the complex relationships between football heroes and loyal sports fans. Starring real-life former professional players like Eric Cantona and Steve Evets, Looking for Eric hits all the marks for what a thoughtful exploration of the sport can look like.

Loosely based on the best-selling memoir by author Nick Hornby, Fever Pitch tells the fictionalized story of the English soccer club Arsenal’s First Division championship-winning season in the late 1980s. However, at its core, the film is really a love story starring Colin Firth and Ruth Gemmell and how their relationship ties in closely with this sports backdrop.

Another great English football-focused narrative, Fever Pitch, is actually also a perfect example of how a film can use sports as its framing device yet really tell a story that feels timeless and ever-fresh regardless of your sports knowledge.

Based on the success of Fever Pitch in the UK, the film was remade in America in 2005 (also titled Fever Pitch) and followed Jimmy Fallon and Drew Barrymore’s relationship with the American baseball team Boston Red Sox and their improbable World Series run.

Another classic English soccer film that explores the country’s deep, yet complex love for the sport. The Damned United might be the best example of the highs and lows of English football culture. Based on a bestselling novel (also called The Damned Utd), the story is a fictionalized interpretation of notable football player Brian Clough‘s ill-fated tenure as football manager of Leeds United in 1974.

While perhaps not the most historically accurate description of real-life players and events, the film received wide praise and acclaim as one of the best cinematic recreations of the world of English football. It’s perhaps the best example of how a film can capture the zeitgeist of the sport and use it to tell an exciting story that captures the grit and challenges of the sport in an authentic way.

If we want to highlight one film (or film series in this case) that genuinely captures soccer culture on a global scale, we have to talk about the Goal! trilogy. Directed by Danny Cannon, Jaume Collet-Serra, and Andrew Morahan, Goal! (2005), Goal II: Living the Dream (2007), and Goal III: Taking on the World (2009) are by far the most in-depth and expansive films that focus almost exclusively on revealing the world of soccer.

Made in cooperation with FIFA (the governing body of world association football) and co-financed by Adidas, the Goal! trilogy is about as authentic as films can get, complete with nuanced come-up stories, real-life teams, and real-life players portraying real stories.

While still a fictionalized drama film franchise, the trilogy is worth watching as if it were a documentary for any who is not super familiar with the sport of soccer and its true global impact. Each story is different, yet undoubtedly worth expanding if there are any areas you might feel are incomplete.

Wrapping up our sub-genre within a sub-genre of films all centered on exploring English football culture, Green Street Hooligans (also titled Green Street or just Hooligans) is perhaps one of the grittiest, if not fanatical, looks into football hooliganism in the UK.

More of a crime movie akin to a Scorsese mobster film or a Guy Ritchie banger than a traditional feel-good sports narrative, director Lexi Alexander’s brutal look into the dangerous and hard-hitting world of tribalized soccer fans is about as tough as films come.

Even with great efforts by actors Elijah Wood and Charlie Hunnam (whose accents have been not highly regarded as the most authentic), the film still shines as a hybrid sports and crime genre flick that spawned two sequels.

Green Street Hooligans proves that English football culture, in particular, is as rich and diverse of a backdrop as any American sports genre unto itself. Even with the sport being merely a backdrop construct, there are plenty of unique and varied stories to tell that can find appeal regardless of how much one knows about the sport and culture.

Finally, we’d be remiss if we only focused on English and Euro-centric soccer films, as the sport is truly a global phenomenon. And no film more accurately captures the true, unbridled joy and imagination that the sport of soccer unlocks than the 2001 Hong Kong sports comedy film Shaolin Soccer.

Directed by Stephen Chow (who would follow up the success of this film with his worldwide smash hit Kung Fu Hustle), Shaolin Soccer is a masterclass in so many of the elements which make film (and filmmaking) great.

As a sports film, the story is more akin to the familiar rag-tag group of underdog narratives found in 1990s American family films. Yet, in execution, the film reaches levels of stunts, wire-work, and visual effects that movies would be envious to achieve here 20 years later.

Chow’s penchant for combining comedy, spectacle, and genuine heartfelt moments is unrivaled. With soccer and its global appeal at the center of the story, Shaolin Soccer might still be his most universally appealing film yet—and a testament to how soccer can genuinely be the biggest and best sports genre any filmmaker can explore.

For more genre filmmaking insights and advice, check out these additional articles. 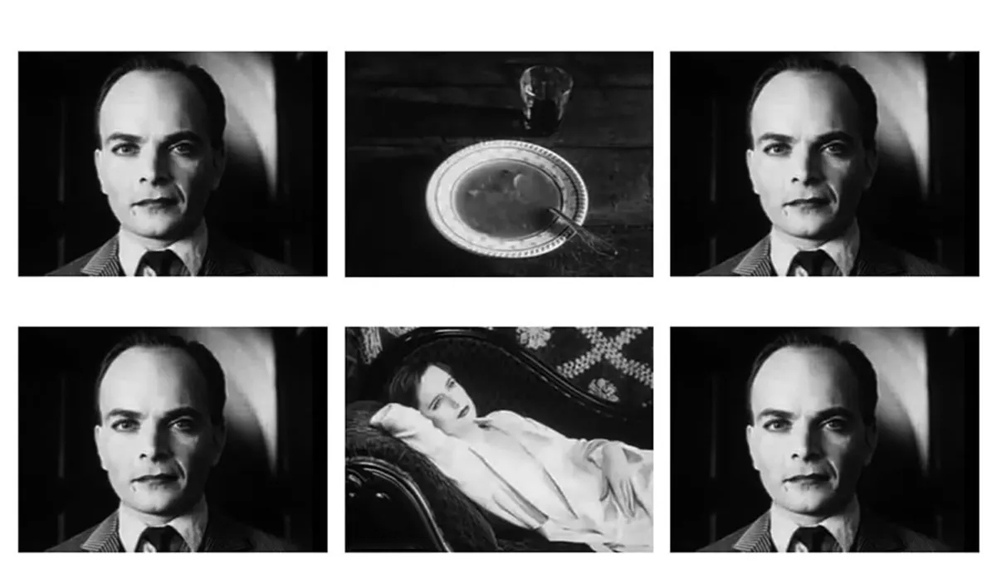 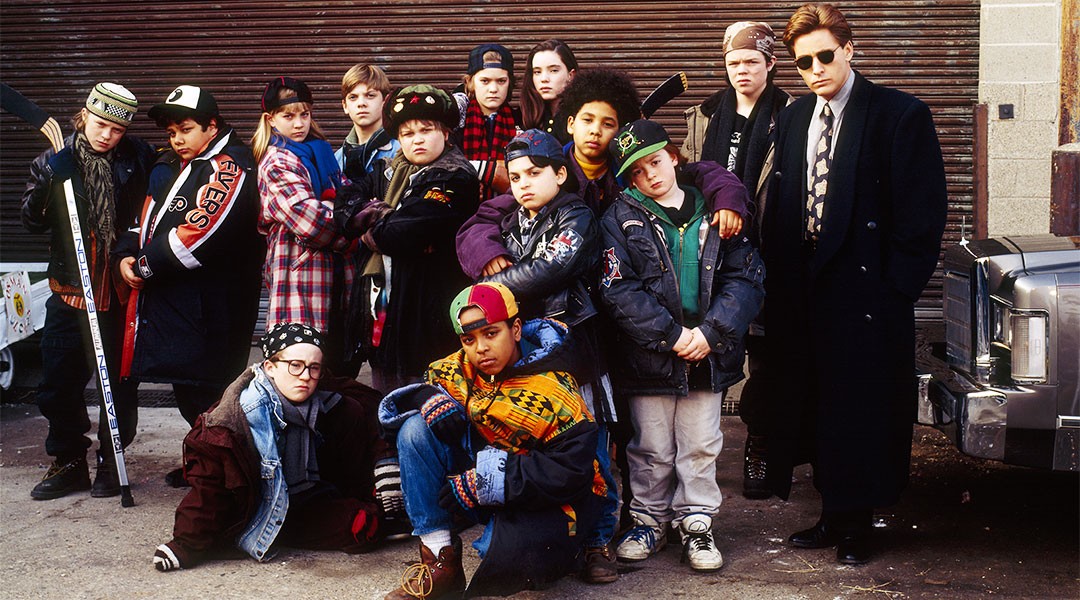 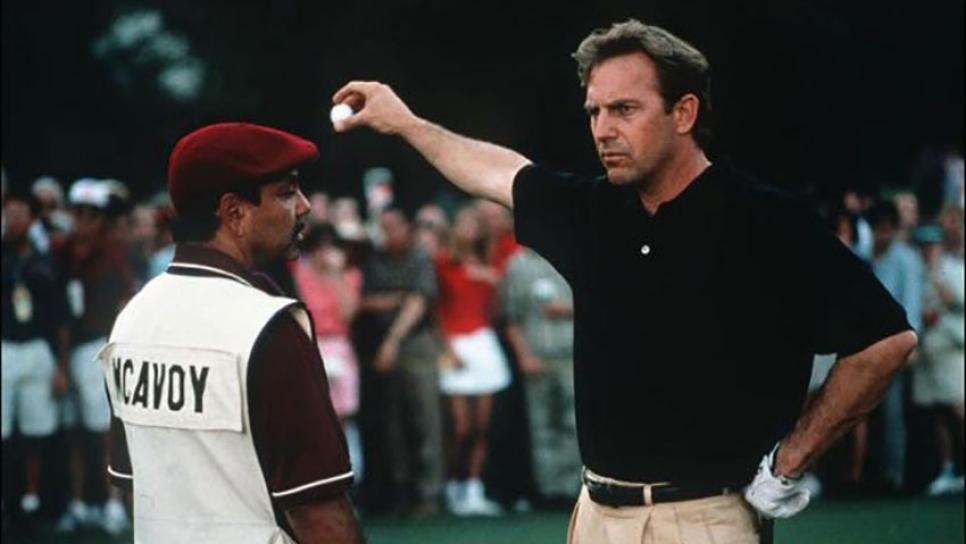 Inspiration
The 7 Best Golf Movies Of All Time 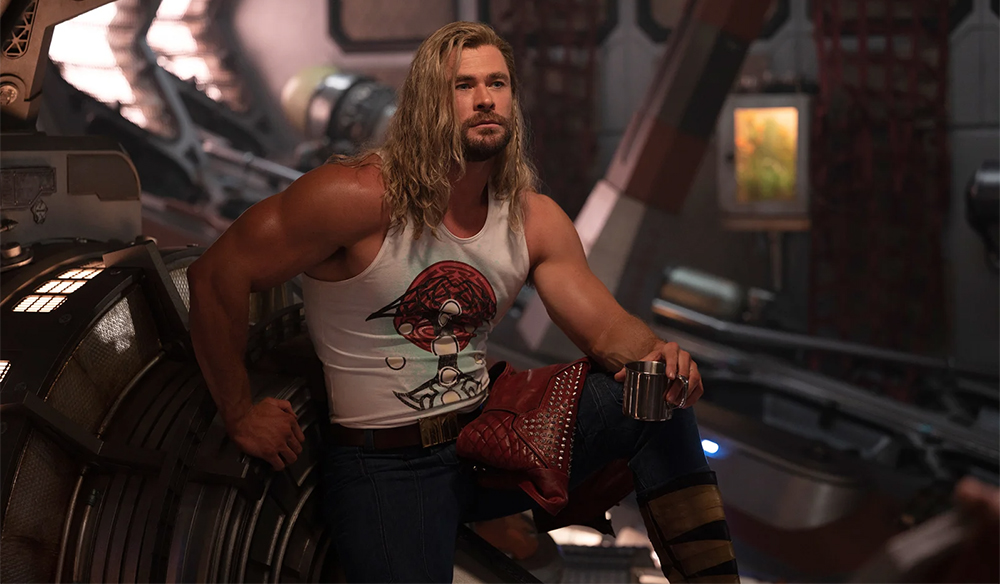 Industry
Are Marvel Movies Finally On The Way Out?
A