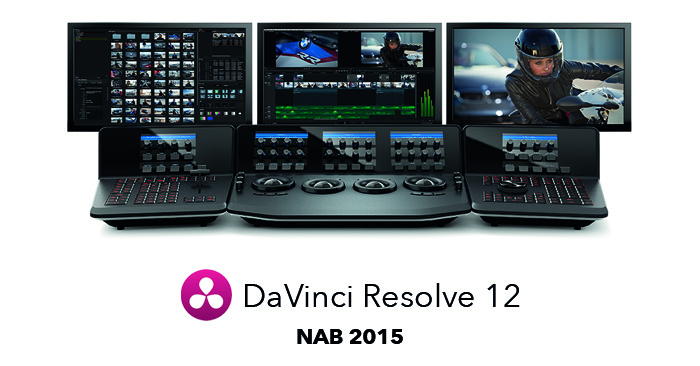 Blackmagic does it again!  We’ve got the latest info on DaVinci Resolve 12 and the 80+ new features.

Blackmagic Design is once again having a busy NAB. Word quickly came that there were three cameras on their way in the Blackmagic Micro, Ursa Mini, and possible Pocket Camera upgrade. Continuing with this rush of information from NAB 2015, Blackmagic has just announced the release of DaVinci Resolve 12 which boasts over 80 new features for professional level editing and grading. 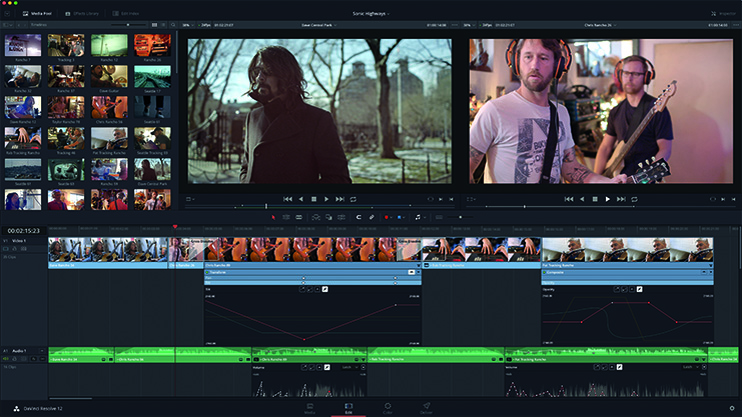 The first update has been made to the interface. This new interface includes a lighter color scheme with a new font set. This was done to help make long working sessions easier on the eyes with less strain. The interface is also scalable and has been designed with DPI monitors in mind. Workspaces are now more flexible with the addition of top down menu navigation, which work toward a more customizable layout. 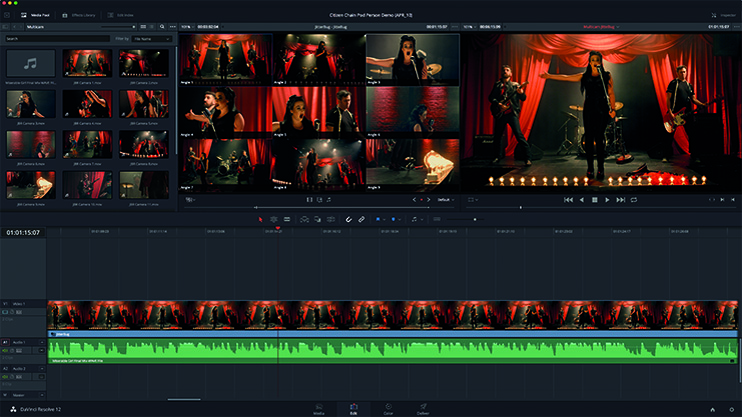 Newly added to Resolve 12 is the multi-cam editing feature which allows editors to cut programs from multiple sources. Resolve can also sync the camera angles based on timecode, in and out points, or audio waveforms. Blackmagic Design states that the source monitor will display a grid, which will contain the different camera angles that play back in sync while the editor can make cuts to the audio. 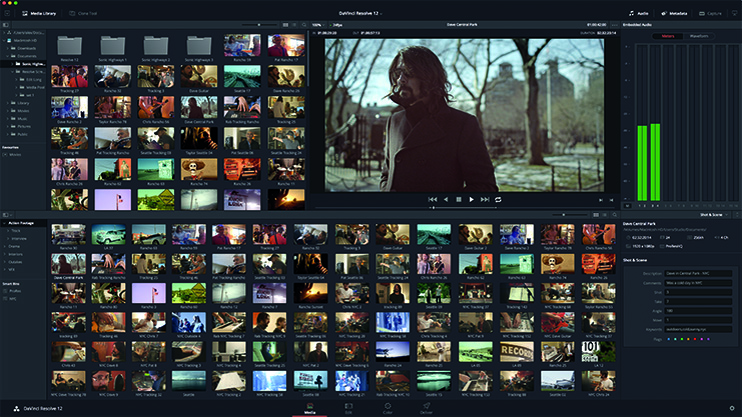 DaVinci Resolve 12 boasts several new media management tools that are specifically tailored to editorial workflows. Among these new powerful tools are the ability to oversee projects and media through the new “copy, move, transcode, relink, and consolidate tools.”  Projects and media can now also be archived and restored in a matter of moments. Lastly, DaVinci Resolve 12 creates smart bins based on meta tags generated by the user and it also allows these users to import media simply by dragging it from the Finder or Windows Explorer.

“We’ve built in the features customers have been asking for…” Grant Petty, CEO, Blackmagic Design. 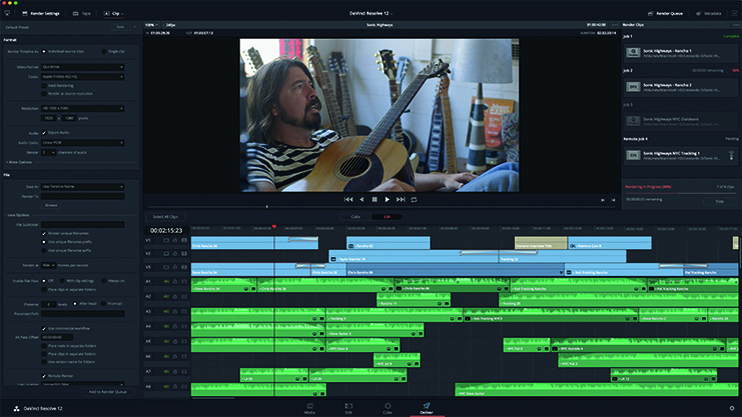 There have been several enhancements to the editing tools as well. Resolve 12 extends trim modes, multi-slip, slide, ripple and roll to aid your workflow. You can now utilize nesting, which aids editors when working with multi scene projects. Lastly, improvements have been made to transition curves which allow editors to customize curves for transition parameters.

Audio is an important part of the editing process and now Blackmagic Design has upped their game with Resolve 12 by adding a new high performance audio engine. This new engine boasts higher sample rates and enhanced real-time playback, including tape-style slow motion scrubbing and reverse playback. Audio plug-ins and custom interfaces can be used on specific clips or entire tracks.

A New Way to Color Grade 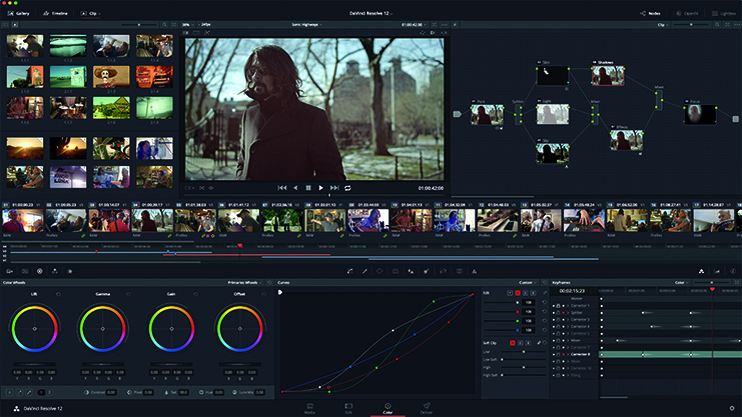 Resolve has and always will be a color grading software before anything else and now Blackmagic has added some new incredible tools specifically for colorists. Added support for color managed timelines and ACES 1.0 transforms make things much easier for your workflow and the core grading and color correction tools have been improved with better interfaces. A 3D perspective tracker and 3D keyer have also been added to the tool chest to help improve your options. Lastly, colorists can make use of collapsable nodes, ripple grades, pre and post-group grades, and smart filters.

Better Integration with other NLEs

Resolve 12 can now integrate better with other NLEs and “round trip” to these other softwares by preserving settings, plug-ins, and edits. Here is an example given directly from Blackmagic:

“…when importing XMLs from Final Cut Pro X, DaVinci Resolve 12 can now import multi-cam clips and preserve all the original camera angles. Also, audio support is greatly improved to match the audio timeline in Final Cut Pro X. This makes collaborative workflows better and allows different people in a facility to use the tools they prefer instead of being forced into an inflexible company wide platform.”

Want to stay up to date with everything going on at NAB 2015? Check out a few of the following resources:

What are your thoughts on the new updates to DaVinci Resolve 12? Let us know in the comments below.