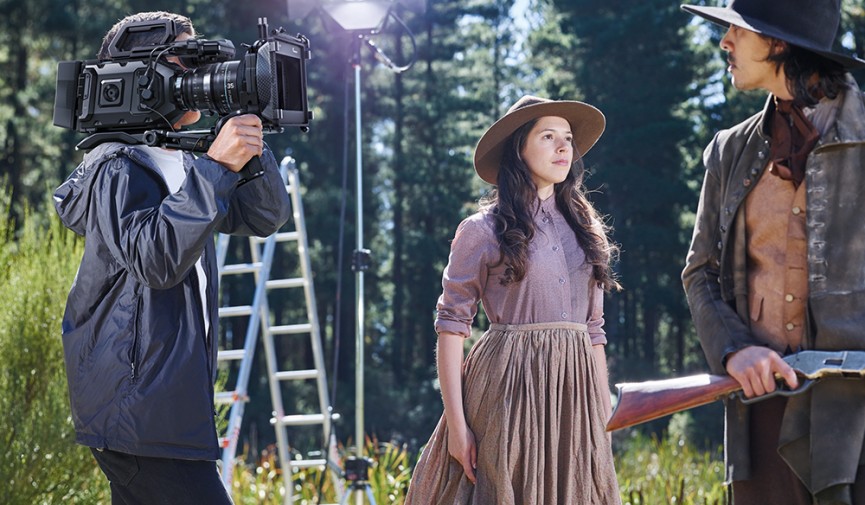 With the Blackmagic URSA Mini about to hit the shelves, we thought we’d premiere our camera loadout series with a focus on the new kid on the block.

With July right around the corner and the release of the Blackmagic URSA Mini looming large, we wanted to kick off our new Camera Loadout series by giving you the best loadout options before you make your purchase.

As a filmmaker and director, I never go into a shoot without knowing exactly what tools my crew and I have at our disposal. If there’s something we need and don’t have, then I get with my crew (specifically my cinematographer and camera operator) to get it researched and purchased.

With all of this in mind, we here at PremiumBeat wanted to save our fellow filmmakers from having to scour the earth for the best camera setups. For the first camera loadout, I’ve chosen to go with the Blackmagic URSA Mini. I’m really intrigued by this camera. Of course, the original URSA had issues with fixed pattern noise, but hopefully that’s been addressed.

Other than that, I still use a Blackmagic Cinema Camera as my B camera on set and have been consistently impressed with it, especially when teaming it up with our RED Scarlet.

Monitoring your footage as you shoot should be a no brainer. Luckily, the URSA Mini, much like its bigger brother, comes complete with a 5 inch HD monitor built into the camera. So the need for a monitor isn’t as grave as it would be for a standard DSLR. However, this setup would have made filming my last film a little difficult, particularly for a few scenes that called for the camera to move through a tight space on a slider. So, let’s go ahead and take a look at a few monitoring options.

The Blackmagic monitors aren’t the best to use when it’s bright outside, so you may want to invest in a Viewfinder. Granted, using a viewfinder is a bit old school, but some of us just roll like that.

I’ve been using SmallHD on-camera monitors for years now and have never had any issues with them. The AC7 is a great 7 inch monitor that gives you solid clarity. Plus, its price isn’t going to break your bank.

The Blackmagic URSA Mini weighs considerably less than you might think. It’s just under 2 lbs heavier than the Cinema Camera and over 10 lbs lighter than the URSA. Blackmagic does offer a really sturdy shoulder-mount kit, which is also modestly priced. But if you want something to which you can attach additional accessories, then you should look at the RedRock Micro or Wooden Camera options.

As we said, this shoulder rig is a really great option and one that can get you up and going quickly. While it doesn’t come with a cage, it does come with the ability to add rails in the front.

While I have never used one myself, I do have peers that have used the Wooden Camera line of shoulder rigs and rave about them. From what I’ve been told, they are extremely sturdy and feel solid and not flimsy like many of the cheaper rigs you’ll find. Their cage is particularly amazing, or so I’ve heard. Wooden develops custom-built options depending on the camera, so it’s only a matter of time before a rig specific for the URSA Mini is developed. Until then, here is their standard shoulder rig.

RedRock Micro is one of those tried and true brands. I’ve used shoulder rigs and rail systems from RedRock for a long time. They are sturdy and reliable, or at least the ones I’ve purchased are. Plus the ability to add and customize to this should be a no brainer. I’ve used similar (and cheaper) options, but I’ve always found that they can never hold up long-term like the RedRock Micro can.

Zacuto is another brand that has developed a reputation for developing a series of shoulder rigs that are fully legit. Again, while I haven’t had the opportunity to use this brand, I know plenty of filmmakers who swear by them and who have tried to get me to switch from RedRock Micro.

With the Blackmagic URSA Mini being much lighter than its big brother, the opportunities to place it on stabilization rigs such as a Freefly Movi or a Glidecam rig just became a reality. This was unheard of with the original URSA, but now that the Mini is 5lbs, we can start looking at stabilizing rigs. Let’s check out what’s available.

The Movi M5 can support up to 5lbs, which is right at the weight of the Blackmagic URSA Mini. Just be aware that if you’re adding any additional accessories to the camera, you’ll need to move up to the M10.

I have been impressed with the DJI Ronin-M. For the longest time, Freefly was in a class all by itself, but DJI has stepped up its game and developed a great 3-axis gimbal solution. The great thing about the Ronin is its weight support, as the smaller model supports up to 8lbs.

Steadicam rigs can be extremely handy, especially if you’re like me and you love using movement in your shots. I’ve always loved the way Stanley Kubrick made use of the Steadicam. He gave us such iconic images with that rig, through his one-point perspective technique. This rig will help you get that with the URSA Mini.

Power is the most important aspect of a production, but it’s often one of the last things we look into. The Blackmagic URSA Mini has no internal power source like the Cinema Camera line, but comes out of the box with mounting options on the backside of the camera where you can add a v-mount battery setup. With that said, you can purchase the Blackmagic Design V-Lock battery plate or look at solutions from Switronix and IDX.

If you would rather go a particular battery brand for the plate and the battery then you could go with Switronix. While I’ve never used Switronix before, I’ve heard good things about their batteries. Regardless of whether you purchase this plate, you should take the time to look at the battery and the charger solutions.

Now, IDX is something I can speak to. I’ve been using IDX for longer than I can remember. I’ve never been disappointed with their batteries or charger systems. Again, if you purchase the Blackmagic V-Lock, then go ahead and research the IDX E-7S battery and VL-2 charger. They are slightly more expensive than the Switronix, but I’ve personally used these batteries and have had nothing but good experiences with them.

One of the last things we filmmakers tend to think about (though, like power, it should be one of the first things on our minds) is storage. And here (and lenses) is where you’re going to spend a bulk of your money. The Blackmagic URSA Mini uses CFast 2.0 cards, and, let’s be honest here, Blackmagic hasn’t picked the cheapest solution when it comes to storage. Nor have they picked a storage solution that gives filmmakers a wide range of options. But the CFast 2.0 cards are optimal solutions for 4K and Full HD recording.

Let’s start with our cheapest option. And, as they say, cheaper isn’t always better… You will suffer much slower transfer speeds, as the Atomos only produces a read speed of 200 MB/s and a write speed of 80 MB/s.

The Lexar is probably where you’ll want to go. It offers great speed with a price that isn’t going to kill your bank account. The Lexar has a read speed of 510 MB/s and a write speed of 450 MB/s.

What do you think about the Blackmagic URSA Mini? Is this a camera you’re interested in? What are your thoughts on the accessory loadout? Sound off in the comments below!