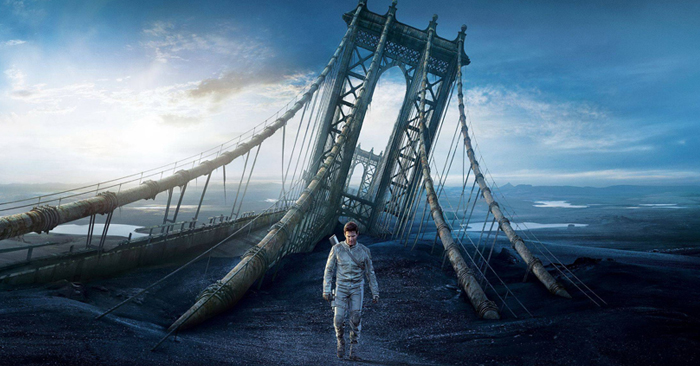 For most film buffs, movie posters are a treat – a glimpse into what’s to come. The poster is typically the first form of marketing for a film, as it is often generated before the principle photography has finished or even started. Poster artists many times have to generate the look of the film from assets culled together in the pre-production process.

One of these artists is Tomasz Opasinski. He has had a solid career over the last 15 years, developing over 450 commercial posters and art for the film industry during that time.

During Siggraph 2014, he gave a Cinema 4D presentation covering his process for crafting the posters for Oblivion (2013), as well as Resident Evil: Extinction and the video games Batman: Arkham Asylum and Rage.

Looking at these posters it would be logical to assume Tomasz spends most of his time in Photoshop, but his workflow surprised me. In many cases he will generate quick 3D assets in Cinema 4D and then import them into Photoshop for compositing work.

Below are the timecodes for the different sections of the presentation.

Have you used Cinema 4D in a similar way? Let us know in the comments below!