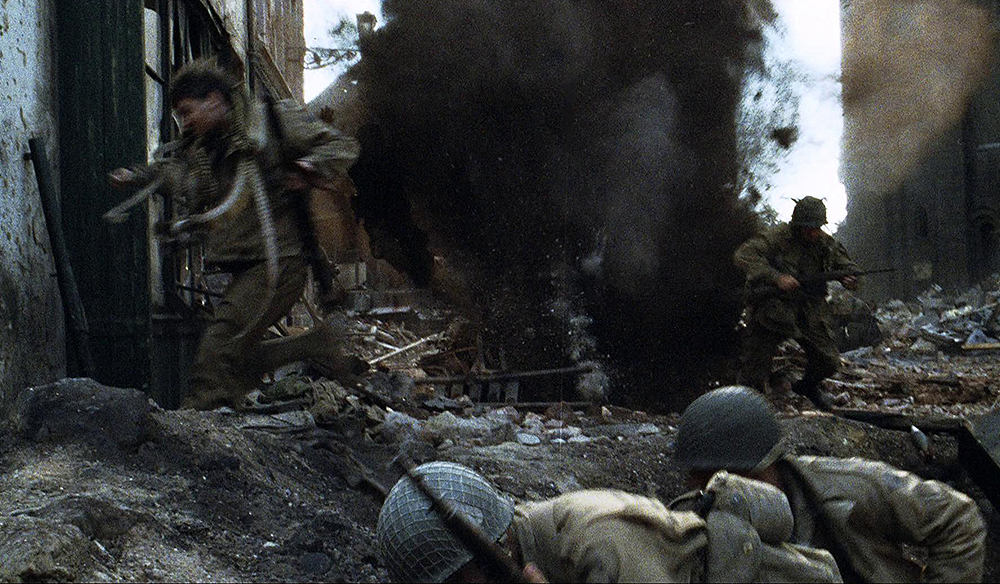 Learn how to make great practical explosion effects with a DIY air cannon. It’s safe for your cast and crew — and the results are impressive!

Have you ever wondered how they get those great explosion effects in films? They look so real. This was a question I was pondering myself as I began working on my next film.

As we went into pre-production, we looked at the Civil War battle sequence on our shot list. We knew that there were going to be several 6lb non-lethal cannons involved in that sequence. The question staring us in the face was: how do we go about filming a sequence with this type of practical effect? And how do we do it in a way that doesn’t endanger our actors and stuntmen? Well, there are three important things that we discovered we needed to do… research, prep and placement. Let’s go through each one of these together.

On any film, if you want it to be successful, you need to be successful at research. The first step for any action sequence is to look at how you want to film the scene. I’ve always found it extremely helpful to look at what worked well in the past. With this in mind my crew and I looked at many different war films from over the years and saw how some shots worked and some did not. The three final films that we set aside as concrete inspiration for storyboarding were the films Glory, Saving Private Ryan, and Paths of Glory.

In this clip from Glory, you can see that trees are exploding. During the Civil War, cannons would often be aimed at the tree line above the opposing side. Upon impact, large quantities of debris would rain down on the soldiers below. They would also volley mortar rounds either straight ahead or in an arcing fashion, which would give you the debris explosion on the ground.

Again, in Paths of Glory, we see the use of practical explosive effects. In fact, at around the 1:10 mark, you can see where large metal drums were embedded in the ground below.

Finally, we looked at how Saving Private Ryan’s Omaha beach sequence was shot. Spielberg used a shoulder rig to place the audience right into the chaos. He also employed the use of a 45 to 90 degree shutter angle to cut down motion blur and make the imagery crisp. Again, the use of air cannons and barrels in the earth were used to replicate explosions on the beach.

Now that you know how you want your scene to look and feel, and you have your storyboards or shot list ready to go, let’s prep for the sequence. We had the good fortune of being able to contact pyrotechnic professionals who showed us how to make these explosions happen on the cheap. You can do this just as easily as we did. Here’s what you’re going to need:

In this video, Klay Abele with Amp Studios shows us how to make our very own air cannon for filmmaking. He uses the simple products above, which are available for purchase at any hardware store.

Now that you have your air cannon built, you’ll want to stuff the soda bottle with debris. Remember not to put things like rocks or sticks into the bottle. With the debris moving out at a high rate of speed, the projectiles can seriously injure someone. Instead, use dead leaves, dirt, flour, and cut up sponges painted to look like rocks or large pieces of dirt.  You want your crew, your actors, and your stuntmen as safe as possible.

Now, don’t place the air cannons just anywhere. Make sure you strategically place them around the scene that you’ve developed. The best thing I’ve learned from talking to other filmmakers is to rehearse the sequence several times with your actors, marking where the explosions will happen. For some insight on how to properly place an air cannon in a scene to get the explosive effect safely, Realm Pictures shows us how they used a DIY Air Cannon to do just that.

Want more content on film techniques? What about practical effects? Then check out these articles from PremiumBeat.

I hope this was helpful and that I was able to give you insight on what I’ve learned leading up to my film. Have you used air cannons before in action sequences? Share your experiences with us in the comments below!