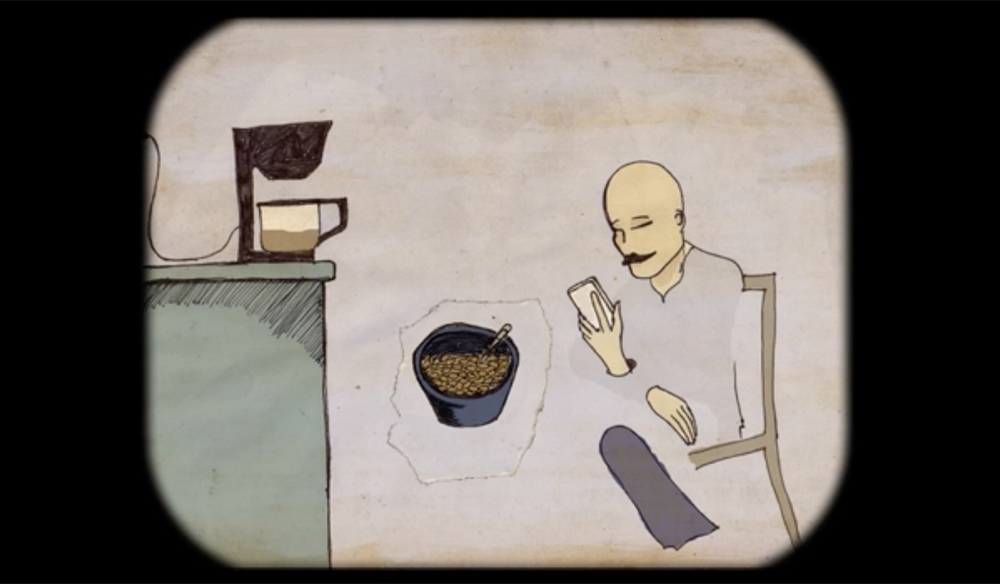 Filmmaking Tips: David Lowery on Editing and His Daily Routine

Pete’s Dragon and A Ghost Story filmmaker David Lowery shares his daily routine and creative process in this throwback video.

To say Lowery is poised for a big year is an understatement. After his recent jump from his indie breakout Ain’t Them Bodies Saints to his first big budget foray with Disney on Pete’s Dragon (which proved to be both critically acclaimed and a box office surprise), Lowery has two highly anticipated films on the slate.

His latest indie feature reunites Lowery with stars Rooney Mara and Oscar winner, Casey Affleck. A Ghost Story was an audience favorite at Sundance before being picked up by the Oscar-winning studio A24 (which won for Moonlight).

Lowery is also already on set filming his follow up to Pete’s Dragon: the highly anticipated live-action installment of the Peter Pan franchise for Disney. With both projects coming so quickly after each other, one wonders how the writer/director has the time in the day to get so much done.

Let’s look at a recently resurfaced video Lowery created for Fortnight Journal back in 2012 to explore the daily routine of a highly productive filmmaker for insight and inspiration.

Like most filmmakers, even while he was working on his Sundance feature, Lowery had to find ways to balance writing, production meetings, and freelance editing work to make ends meet. You can actually read in-depth about Lowery’s journey from a full-time video editor through his recent tribulations on the set of Pete’s Dragon on his blog, which he has been updating consistently since 2004.

An Editor’s Mindset on A Ghost Story

Since Lowery was originally an editor by trade, the influences of an editor’s mindset influence how he develops motifs and themes across different scenes. While at Sundance, Lowery chatted about his editing workflow and working on his film in the Adobe Creative Cloud:

Having worked as an editor for so many years and on so many independent films, it’s really helped me get a head start on the editorial process when I’m writing the scripts. I think a lot about how I’m going to cut from one scene to the next, what those juxtapositions are going to be. Then when I’m on set it definitely helps you figure out, when you’re in a pitch, what you can jettison, what is not essential.

You can catch Lowery’s A Ghost Story when it hits theaters July 7th, or check out his feature Pete’s Dragon, which is currently available on Netflix and DVD.

What’s your daily filmmaking routine? Let us know in the comments.