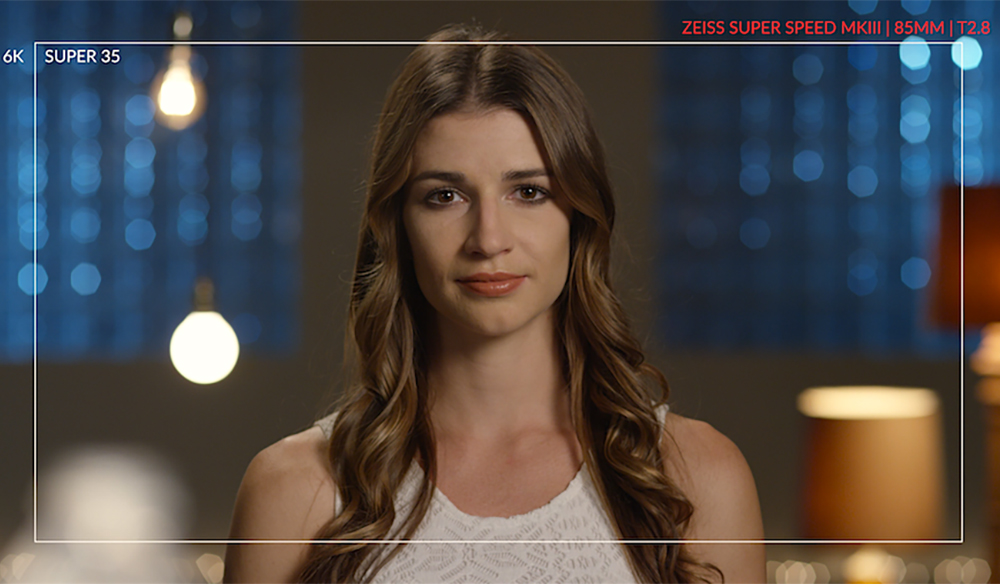 Looking to geek out on some vintage lenses? Meet the team that put together modern cinematography’s ultimate vintage lens side-by-side comparison library.

All images via the ShareGrid Blog

ShareGrid, Duclos Lenses, and Old Fast Glass teamed up to assemble one of the most comprehensive and in-depth vintage lens libraries in cinematography history. The side-by-side comparison library comes complete with detailed specs, screen tests (which you can literally watch side-by-side), and bokeh charts. 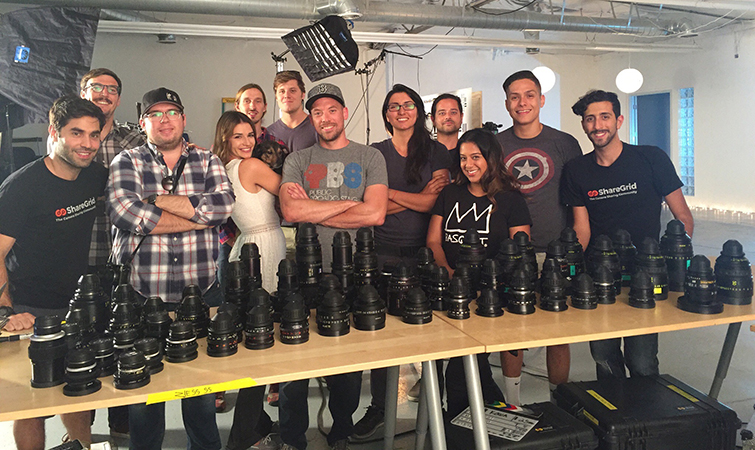 The project features forty different lenses from eight different manufacturers (ARRI, Canon, Cooke, Kowa, Leica, LOMO, Nikon, and Zeiss), all shot through different screen tests on a RED EPIC DRAGON. The project was shot over a weekend and was really a labor of love by cinematography and self-proclaimed film lens geeks who simply wanted a definitive online source to compare the various vintage lenses. You can check out the whole project here. Below are some samples of what they were able to achieve.

How did they do it? Working in a studio warehouse, the team was the first on record to thoroughly demonstrate the differences between lenses within the same controlled dimensions. The subject, lighting, and backgrounds were controlled and variable-free, allowing the viewer to make accurate comparisons. Aside from the female subject remaining still, the tests also featured an assortment of different lights (with different outputs and temperatures) in the background. Here’s a breakdown of the setup. 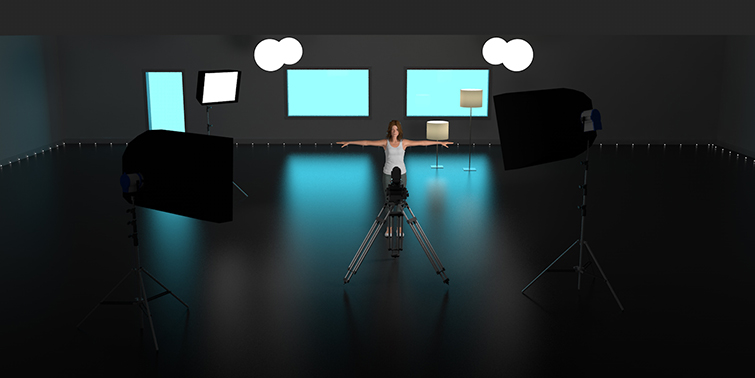 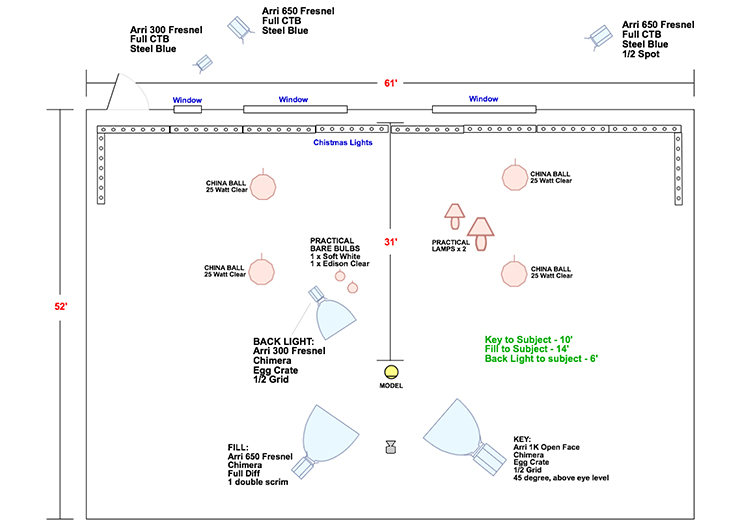 They also include a series of shots featuring a subject moving a flashlight slowly across the screen in different directions to see how the lens reacts to different light stimuluses. 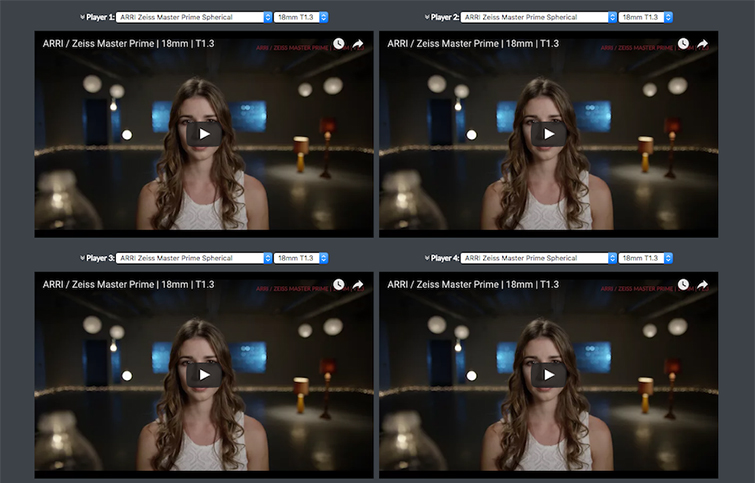 It’s one thing to see how a lens will look on a subject through a certain camera and type of shot. But if you’re deciding which lens is the right one for you to buy or rent, the ability to compare it against others is the ultimate decider.

Not only did the team film detailed tests with each lens from the same distances, they also created an interactive way for you to compare and contrast the different looks with the same controlled variables. You can view the full page here. (FYI: If you click on the play button at the bottom, all the videos start at the same time.)

Perhaps one of the most interesting and unexplored parts of the project is the inclusion of a few handy charts about lens stats and bokeh shapes. For those who are unfamiliar with the term, bokeh is “the visual quality of the out-of-focus areas of a photographic image, especially as rendered by a particular lens.” Here are the charts from the project. 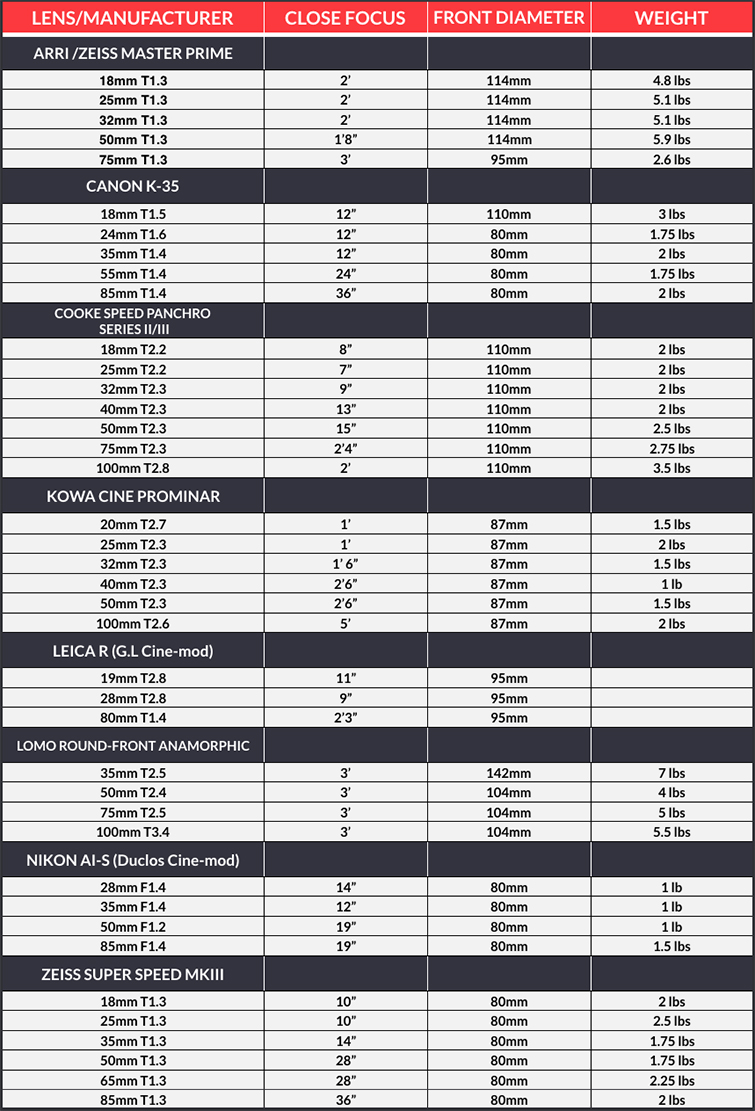 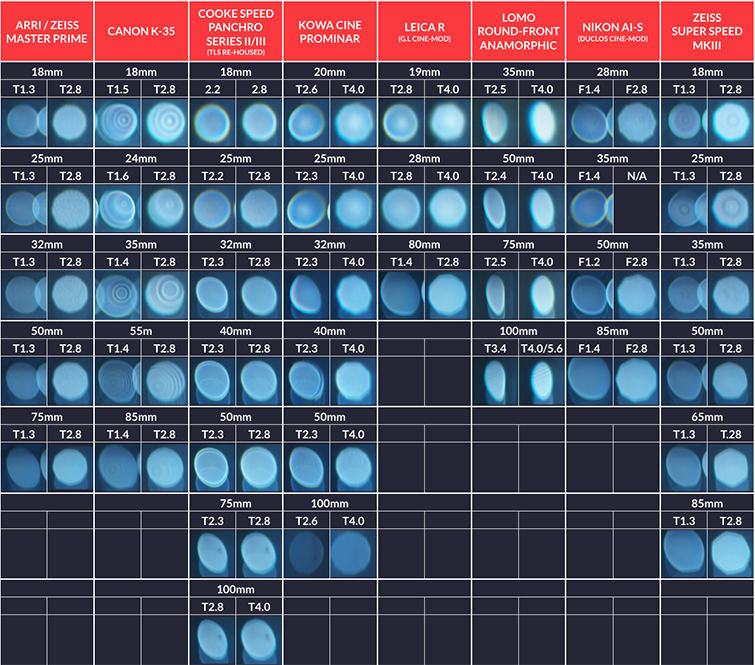 If you’re like me, you’ll find the project just as fascinating for how they were able to scientifically put everything together as you do for its usefulness for cinematographers. The fifteen brave men and women who donated a weekend of production and four TBs of data deserve some recognition for a project I highly recommend bookmarking and checking before you rent your next vintage lens.

Which vintage lens are you looking forward to checking out? Let us know in the comments!