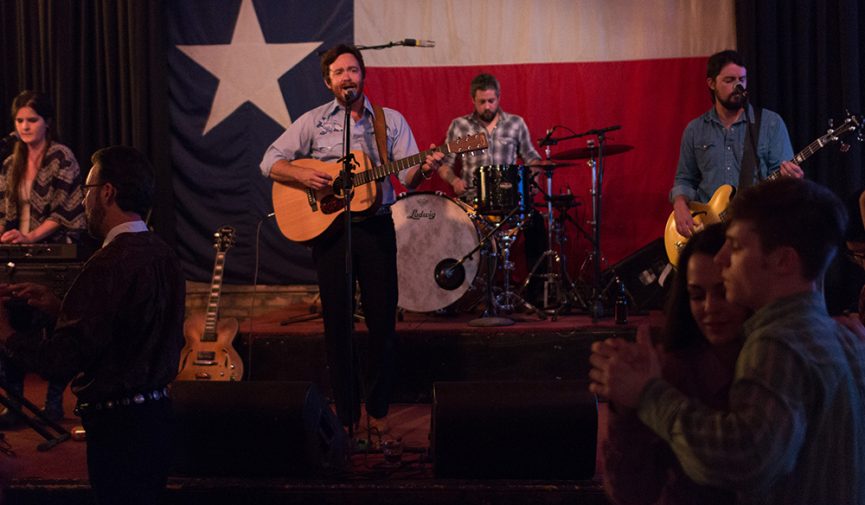 Filmmaking Tips: How To Record Live Music in Your Films

The filmmakers behind La Barracuda share their secrets to filming and recording live music in their OCFF-winning narrative feature.

All images via La Barracuda.

There’s an undeniable power to films that find creative ways to feature music as an integral part of a film’s narrative. One recent example is La Barracuda, a “slow-burn Texas thriller brimming with tension and a lot of music,” which screened at the Oak Cliff Film Festival, fresh off of its lauded premiere at SXSW a few months earlier.

Filmmakers Jason Cortlund and Julia Halperin (who are pictured below receiving the narrative feature award and prize package at the OCFF) had to find creative ways to make a musical world come to life within a film that is deeply rooted in the rich country and folk music scene in Austin, Texas. 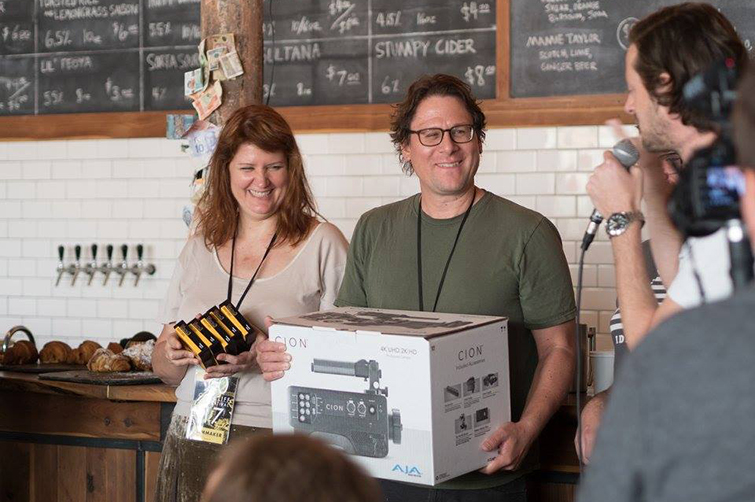 It was important to us that the performances and music culture be woven into the story in natural and subtle ways because we trust our audience to know better — and music’s really the key to understanding the story.’ Within a limited indie budget, we were tasked with finding a way to record ‘live’ music to create scenes and atmosphere that looked, felt, and most importantly, sounded true to form.

If you’re looking to tug your audience’s heart strings by using “live” music on a project of your own, you may want to check out these filmmakers’ tips before recording.

You Don’t Have to Fake It to Make It 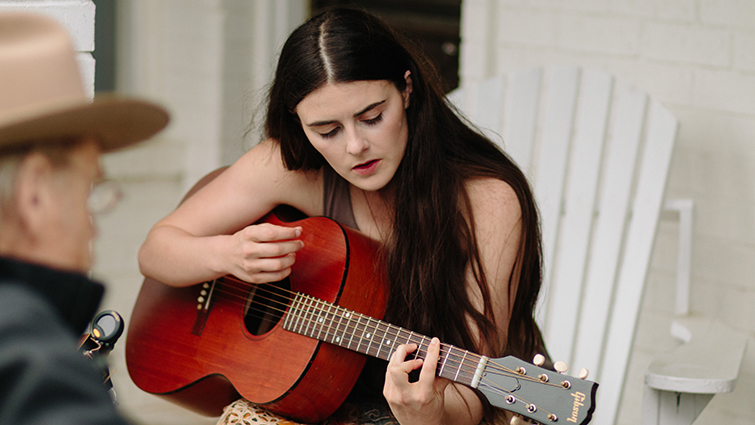 When we started casting, we were committed to finding someone who could act, sing, and play guitar for the lead role of Sinaloa. But there were lots of people along the way pushing us to consider casting a bigger name actress and just faking the guitar playing scenes with inserts of a hand double. While that would have potentially made the film much easier to finance, it would strip out the heart of what we were going after.

One of the most endearing aspects of a film like La Barracuda is the authenticity of its characters and their relationships with the music in the film. Lead actress Sophie Reed‘s character (Sinaloa) actually performed her songs herself — which can both be helpful and problematic.

We knew that negotiating song licenses can be tricky and expensive, so we brought in a music supervisor during development. History is littered with films that can’t be distributed because of music rights issues. We had to be careful and not get our hearts set on any song in particular until we knew we could afford the license. We also learned that the public domain can be tricky — while traditional lyrics might be free to use, a specific musical arrangement may require its own license.

Using music in films, even original compositions, can get tricky very quickly in terms of licensing. It’s important, as in the case of La Barracuda, to do your research and work with a music supervisor from the very beginning — lest you film scenes with live music that you can’t actually use in your final cut.

Camera and Sound Departments Need to Work Together 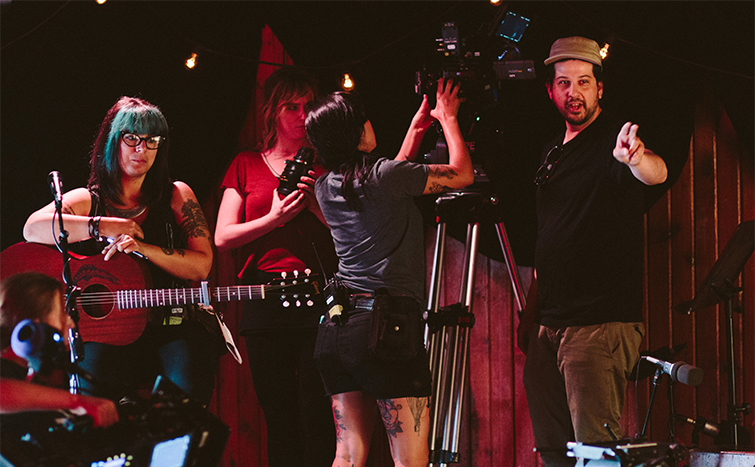 The camera can be a bully. Because the frame gets so much attention in terms of lighting and mise en scene, the sound department can become a whipping boy — forced to always make compromises that must then be reconciled in post. Not only does this just forestall dealing with a problem, it also makes for a bummer crew dynamic. As directors, we consciously try to treat sound and camera (and all departments) with equal respect.

As any sound mixer will tell you, this certainly rings true on all sets. Cinematography seems to always be the head honcho; however, for a film whose soul is the music, it takes a special relationship between sound and camera departments — expertly demonstrated by La Barracuda‘s director of photography (Jonathan Nastasi) and sound mixer (Paul Toohey). Their collaboration found a way to balance the two elements masterfully. 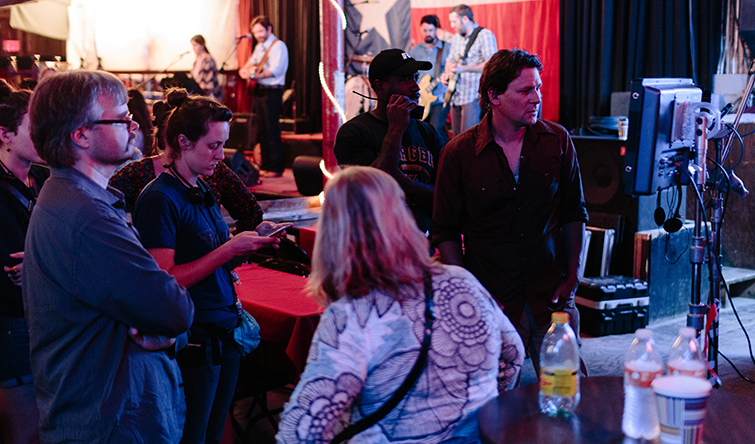 In addition to multi-track field recordings of live music performances (often with lavs inside every instrument, and on every singer, and a double boom), when we were in venues like The Saxon Pub or The Old Coupland Dancehall, we made use of their in-house mixing boards as well. We had brought in live-event sound mixers to capture secondary recordings from the board feed via the house mics — which gave us many more options in post (as well as clean recordings for a potential soundtrack release).

This is actually a pretty clever workaround as a way to record “live” music authentically while making opportunistic use of the environment. While not every scene will be in a bar or concert venue, that doesn’t mean board mixing is out of the question. Having a board on set can often be a great tool for balancing everything from music to recording dialogue.

Have Faith — Music Will Add Layers 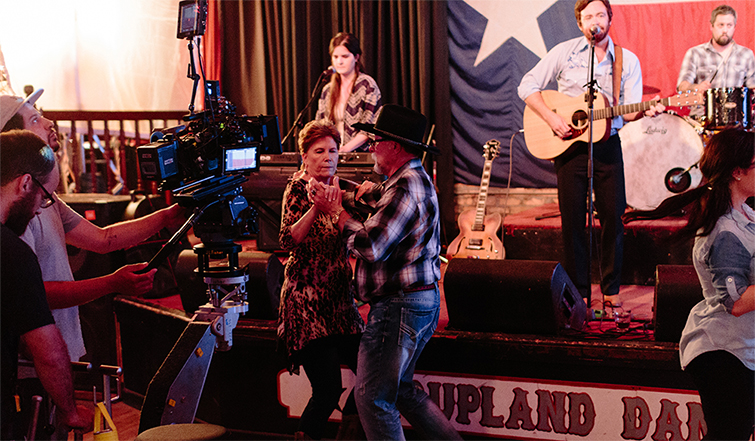 While the musical elements definitely added layers of cost and complexity to the production, they’re also the soul of the film. We shot our first live song on day three, and we could see the lights go on with all our crew — someone literally said “Oh! THIS is the film we’re making.” It instantly made everyone so happy, and it drew us together for the rest of the show. Overhearing our key grip (a burly, tattooed dude who goes by “Animal”) humming a sweet Mastersons tune as he loaded the truck that night gave us all the reassurance we needed — the effort would pay dividends in screen pleasure.

At the end of the day, the choice to use music in the film depends on how much it can add to the story and overall production. Not every project needs “live” music scenes (as they can be quite tricky). However, in the case of La Barracuda, it proves that going the extra mile to record authentic music performances can create something unique that audiences (and the crew) can feel.

Samuel Goldwyn Films picked up La Barracuda, it will see a theatrical release in the U.S. this fall. Check out the Facebook and Twitter pages for updates on upcoming screening dates and locations.