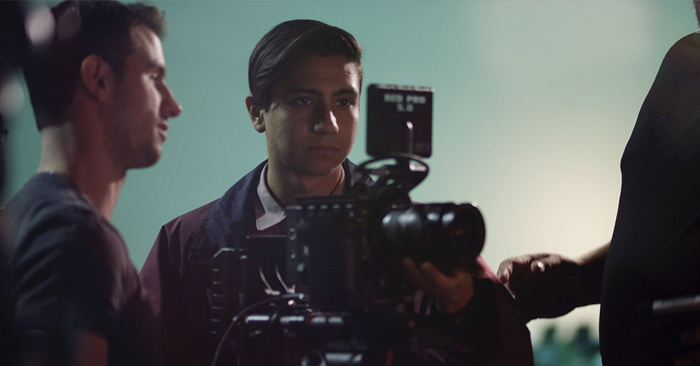 As the professional video production industry moves toward higher resolution shooting, how can you ensure that your workflow is bulletproof?

[Above image from Red.com]

An upcoming webinar by our friends at ProVideoCoalition will address one of the big challenges currently facing video pros, how high resolution video effects their post-production workflows. How should this footage (and large file sizes!) be managed in post? How can you ensure seamless editing of 4K and 6K video files? In what format/codec/frame size do you deliver the final video files?

The free webinar from PVC will be on November 17th at 11 am PST and hosted by post-production engineer Jeff Brue, who recently worked as a post engineer on David Fincher’s Gone Girl.

As many people now know, David Fincher has been a proponent of the use of advancing technology in film for many years now. His advocacy for digital film through the use of RED cameras is well documented. Continuing on this pursuant path of new technology, Fincher decided to have his newest film Gone Girl cut completely on Adobe Premiere CC.

To test this type of workflow Fincher and the post-production crew above ran a test run for a Calvin Klein ad in order to fully understand the workflow. You can see that ad below.

Once this was done, Fincher and his team set out to find out what it would take to use this same workflow on a feature film project. PVC webinar speaker Jeff Brue was in charge of developing and designing the a storage system to handle the vast amounts of data produced from the 6K footage.

Jeff Brue said in an article from the Adobe Premiere Pro Weblog, “Our goal was to get as many iterations as possible of the opticals and visual effects in a given period of time to make the story as strong as we could,” explains Brue. “The ask was for nothing less than perfection, which pushed us to do better. When it came down to it, Adobe Premiere Pro CC was faster than anything else in the market. That speed meant more iterations, more time to work on a shot, and more time to perfect an edit.”

For the Webinar Jeff Brue along with PVC’s own Woody Woodhall will go over the production pipeline used on Gone Girl from the RED Dragon 6K footage to Adobe Premiere Pro CC and finally to the Intel Xeon HP Z Workstation’s that use NVIDIA Quadro GPU’s.